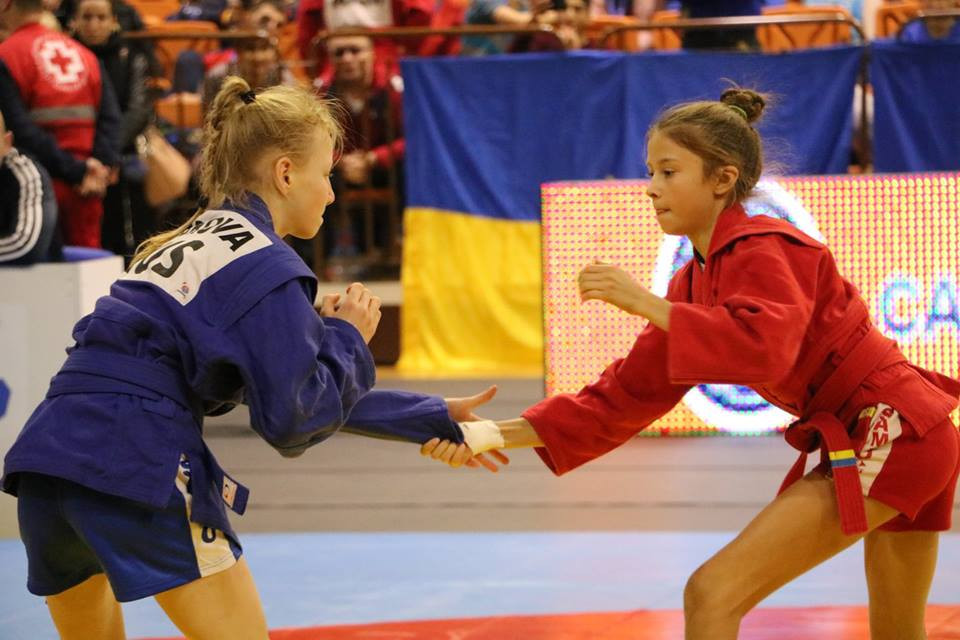 Georgia, Moldova and Ukraine claimed one gold medal each on the second and last day of competition at the International Sambo Federation (FIAS) World Cadet Championships in Novi Sad, but it was Russia who again stole the show by taking the other seven on offer.

Victory for Georgia came in the boys’ over-84 kilograms category as Irakli Demetrashvili beat Ukraine’s Oleksandr Buchok in the final at the Serbian city’s Spens Sutjeska sports arena.

Moldova’s sole triumph was secured by Oxana Diacenko in the girls’ over-70kg division, while Ukraine’s went the way of Serhii Nebotov in the boys’ 66kg category.

Tiukhlov’s loss proved to be Russia’s only defeat in a final today with the sport’s powerhouses increasing their overall gold medal tally to 15.

In the men’s divisions, there were Russian wins for Timur Arbuzov, Denis Kolzhanov and T. Khadzhimuradov.

Arbuzov beat Kazakhstan’s Yernar Kuandyk to the 46kg gold medal, while Kolzhanov held off Moldova’s Sorin Patron at 55kg and Khadzhimuradov saw off the challenge of Georgia’s Gogita Baiadze at 78kg.

A full list of today’s results can be found here.

The Championships, which marked the first major FIAS event since the sport received provisional recognition from the International Olympic Committee last Friday (November 30), give the best sambists aged 15 to 16 the chance to fight for a world title.