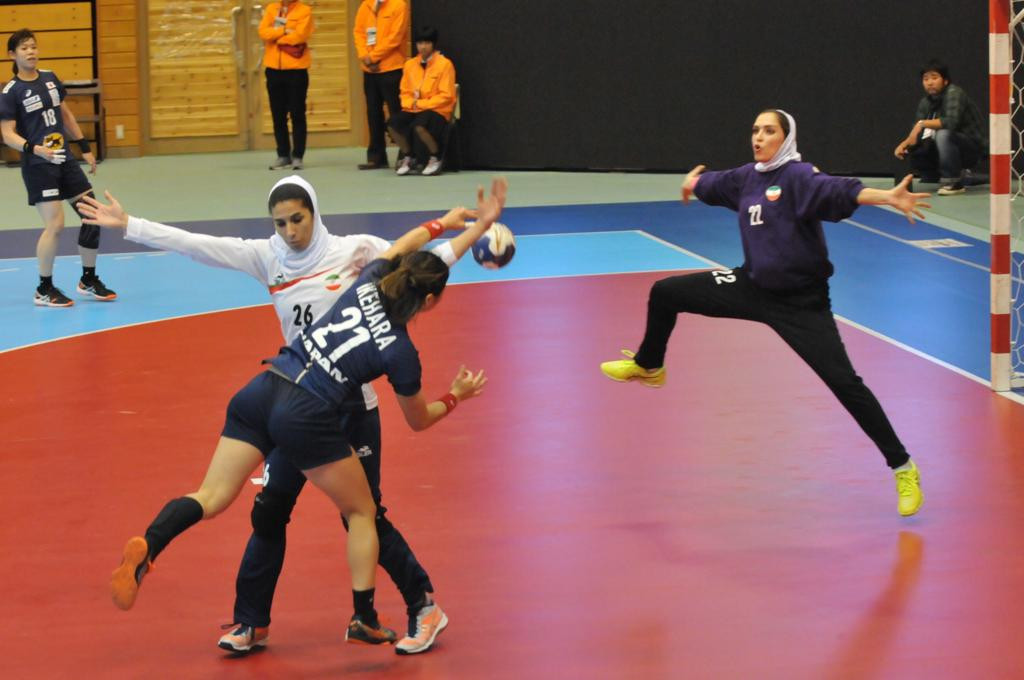 Hosts Japan cruised past Iran today 31-8 at the Asian Women’s Handball Championships in Kumamoto to remain unbeaten in Group A.

With just one round of group games to go before the knock-out stages, the two sides met at the Yamaga City Gymnasium on very different runs of form.

Iran came into the match yet to pick up a win, having already lost to Australia and Kazakhstan, while Japan arrived for the contest having previously beaten Australia and New Zealand.

As it happened, today’s game went to the form book, though the Japanese did start poorly.

Several great saves from their goalkeeper Kametani Sakura kept them in the contest early on, but then as time past they grew more and more into the game, eventually accelerating away from their opponents.

In the other match in Group A Australia finished their group campaign with a win in an Oceania battle, seeing off New Zealand 28-12.

It means they remain in second place behind Japan, who still have won match to come tomorrow.

In Group B’s matches at the Yatsushiro General Gymnasium South Korea maintained their unbeaten form with a win over Hong Kong.

At the Women's European Championships in France there was action today in Groups A and B, though in Group B the teams progressing were already confirmed as Russia, France and Montenegro.

That might go some way to explaining how Slovenia, already eliminated before today's game in Nancy, managed to beat the Olympic champions Russia 29-27.

World champions France, meanwhile, made no such mistake, winning the other Group B match against Montenegro 25-20.

In Group A in contrast there was much more on the line, as while Denmark and Serbia were already through before today's action, Sweden and Poland both had a chance of joining them.

Sweden entered today's match knowing as long as they did not lose to Poland they were through, but they almost slipped up.

In the end though they just edged their opponents by one point, 23-22, meaning Poland are now out.

Serbia meanwhile surpassed Denmark in the other game, 30-26.