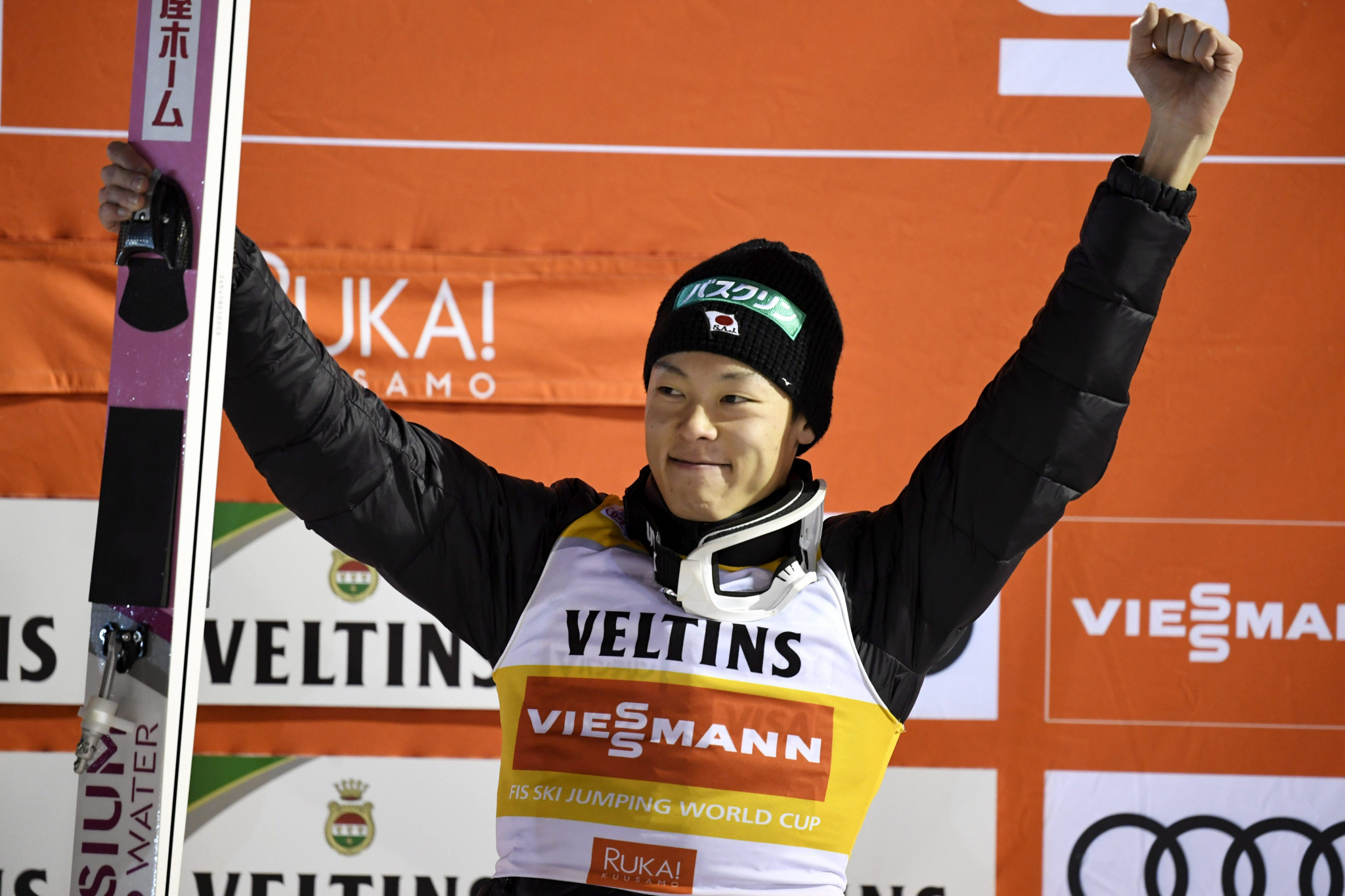 The podium from yesterday's World Cup event in the same location remained the same, but with each jumper finishing in a different position.

Kobayashi, who finished third in yesterday's action in Russia, was victorious today after scoring 273.1 points in total.

He beat yesterday's winner, Johann Andre Forfang, who recorded a score of 259.2 to finish second for Norway.

Kabayashi's win means he has extended his overall lead in the FIS Ski Jumping World Cup rankings to 420 points, after getting his first World Cup victory of his career in Ruka earlier in the season.

Zyla has moved into second in the overall rankings with 285 points, while Forgang has climbed into fourth place on a score of 255.

The next Ski Jumping World Cup event will take place in Germany's Titisee-Neustadt on December 9.