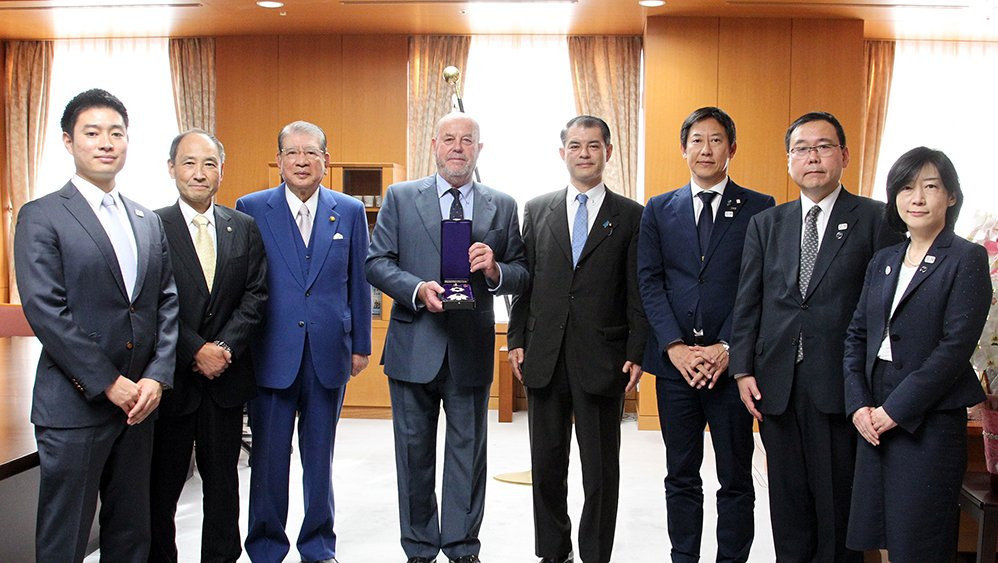 World Karate Federation (WKF) President Antonio Espinós has promised to preserve the roots of the sport in Japan after he received one of the country's highest honours at a ceremony in Tokyo.

Espinós was officially rewarded with the Order of the Rising Sun at the headquarters of the Ministry of Education, Culture, Sports, Science and Technology in the Japanese capital.

Masahiko Shibayama, Minister of Education, Culture, Sports, Science and Technology, and the Japan Sports Agency commissioner Daichi Suzuki were among the attendees at the ceremony.

The WKF had previously announced the Spaniard would be given the award - one of the highest to be given to people from outside of Japan - for his "tireless dedication and contribution to the progress of karate".

The WKF claim the award recognises Espinós' efforts in karate's elevation to the Olympic programme at Tokyo 2020.

"It is a great honour to be bestowed such prestigious award," Espinós said.

"Karate is a universal sport with presence all over the world.

"However, we proudly try to preserve the roots of Karate and its origins going back to the Japanese traditional culture.

"We will continue supporting the values that we share with the Japanese culture as this Order recognises Karate’s influence in both the traditional and universal stages of our discipline.

"On behalf of the WKF, I am extremely grateful for this recognition."

Espinós, WKF President since 1998, was in Tokyo to accept the award and to attend the Association of National Olympic Committees General Assembly, which took place on Wednesday (November 28) and Thursday (November 29).