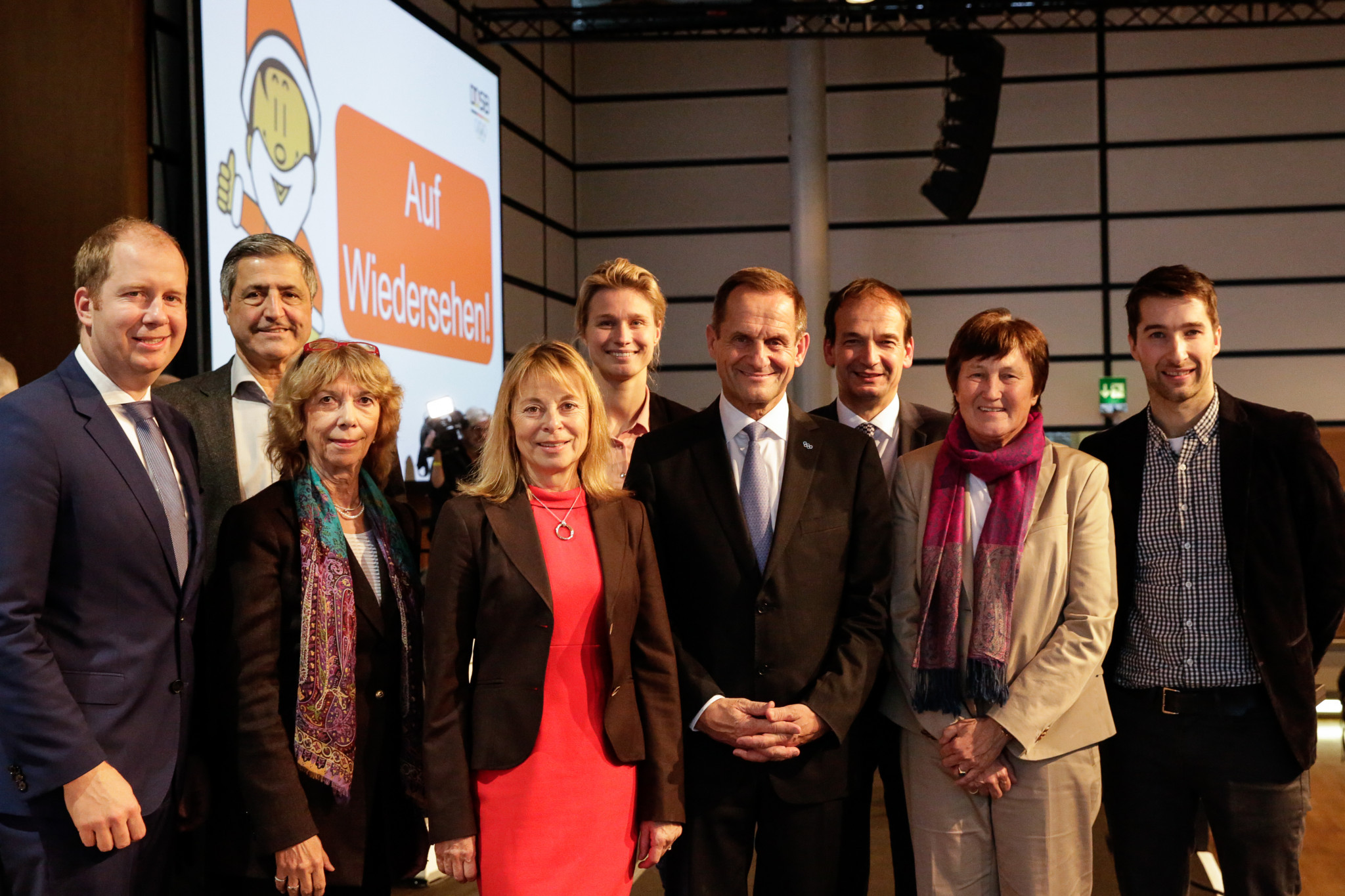 Alfons Hörmann was today, as predicted, re-elected as President of the German Olympic Sports Confederation (DOSB) by a large majority at the 15th General Assembly in Düsseldorf.

Hörmann took up his second four-year office after a secret ballot that gave him 383 of the 444 votes - 86.3 per cent of the electorate at the Rheinterrasse.

The only other candidate, Dr Martin Engelhardt, President of the German Triathlon Union, received 61 votes.

The Assembly also approved, by a 99 per cent vote, the DOSB’s stated position on esports, in which it draws a distinction between virtual sports and eGaming.

Last month the DOSB chief executive, Veronkia Rücker, announced: "After intensive considerations, we are in favour of distinguishing electronic sports simulations from eGaming,

"In virtual sports, we see potential for further development for our clubs and associations.

"eGaming, on the other hand, does not fit in with what shapes charitable organised sport."

In response, the German Esports Federation (ESBD) criticised the DOSB, claiming the Committee had failed to understand even basic concepts of esports as sports.

His initial appointment five years ago to succeed Thomas Bach after he was elected President of the International Olympic Committee (IOC) was considered controversial at the time.

Anti-competition proceedings were being run against him from his time as a roof tile manufacturer and he was later fined.

Hörmann has since come under fire for actions including failing to appear at the public vote for Hamburg's 2024 Olympic and Paralympic Games bid, which collapsed after a referendum defeat.

He also sided with the IOC regarding the Russian doping scandal - a stance openly criticised by several German organisations.

Many sports were reportedly trying to persuade Thomas Weikert, President of the Internatinoal Table Tennis Federation, to stand against Hörmann, but he refused, citing his commitment to his ITTF position.

"I am grateful for the great trust that was again expressed by the members today," said Hörmann.

"With a competent and motivated team we will tackle the complex tasks of the future.

"We will tackle this on the basis of the decisions made by the General Assembly in Dusseldorf, which the previous DOSB Presidium has prepared."

Before the elections, Federal Interior Minister Horst Seehofer emphasised in his speech the outstanding achievements and the great importance of organised sport for society.

He has assured the DOSB his full support for the further implementation of its competitive sports reform and announced the development of a common strategy for major events in sports Germany, which in the medium term could include an application for the Olympic and Paralympic Games.

Uschi Schmitz, 66, was unanimously elected as the successor to the outgoing vice-president of competitive sport, Ole Bischof.

The general meeting also unanimously approved the appointment of a new Ethics Committee, to be headed by the former Federal Minister of the Interior, Dr. Thomas de Maizière.