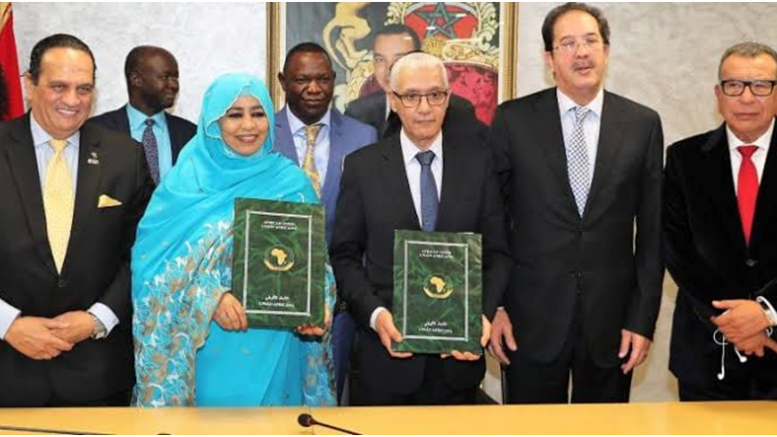 Association of National Olympic Committees of Africa (ANOCA) President Mustapha Berraf has pledged to ensure next year's African Games in Morocco will be staged without the problems which have plagued previous editions of the event.

Berraf, speaking following his election as head of ANOCA at an Extraordinary General Assembly here, confirmed 21 sports would be on the programme at the 2019 Games in Rabat and Casablanca.

He also confirmed Ghana would host the 2023 African Games after the country had already announced it had won the right to hold the multi-sport event in October.

Morocco had agreed to step in to stage the 2019 event, which ANOCA now oversees as the main organiser after a deadlock with the African Union was broken with an agreement signed earlier this year, following Equatorial Guinea's withdrawal.

The Algerian, elected to replace Lassana Palenfo as ANOCA President, revealed Rabat and Casablanca would be the principle locations for sporting events but did not reveal what would be held in each city.

The Games are set to be held from August 23 to September 3.

The exact sports programme is not yet set in stone but Berraf said 21 would feature, one less than when Brazzaville hosted the Games in 2015.

The event in Brazzaville was boycotted by a host of the continent's top athletes following the dispute between ANOCA and the African Union.

Berraf, who beat International Olympic Committee member Lydia Nsekera in a second-round vote in the Presidential election, expressed his hope that future editions of the Games, starting with Morocco 2019, would take the event to a "new dimension".

"It is a big challenge but Morocco will make sure they will use all the expertise that is in the continent to make sure these Games are properly planned and properly run," Berraf said.

"We want to really make this an international event so there is an urgency to go back and start working to make sure we deliver a proper Games.

"Morocco is a big country and they have infrastructure, the experience and a lot of means.

"They will put all of this at their disposal to make sure the Games are a success.

"We will work with Morocco to make sure the Games get to a new dimension, which is what is deserved for Africa."

Equatorial Guinea is an oil-rich nation in West Africa which also staged football's 2015 Africa Cup of Nations but withdrew as hosts of the 2019 African Games owing to falling oil prices and economic problems.

The country's decision to pull out was the latest in a multitude of issues the event has faced in recent years.

The African Games have been held on 12 occasions since an inaugural edition in Brazzaville in 1965.