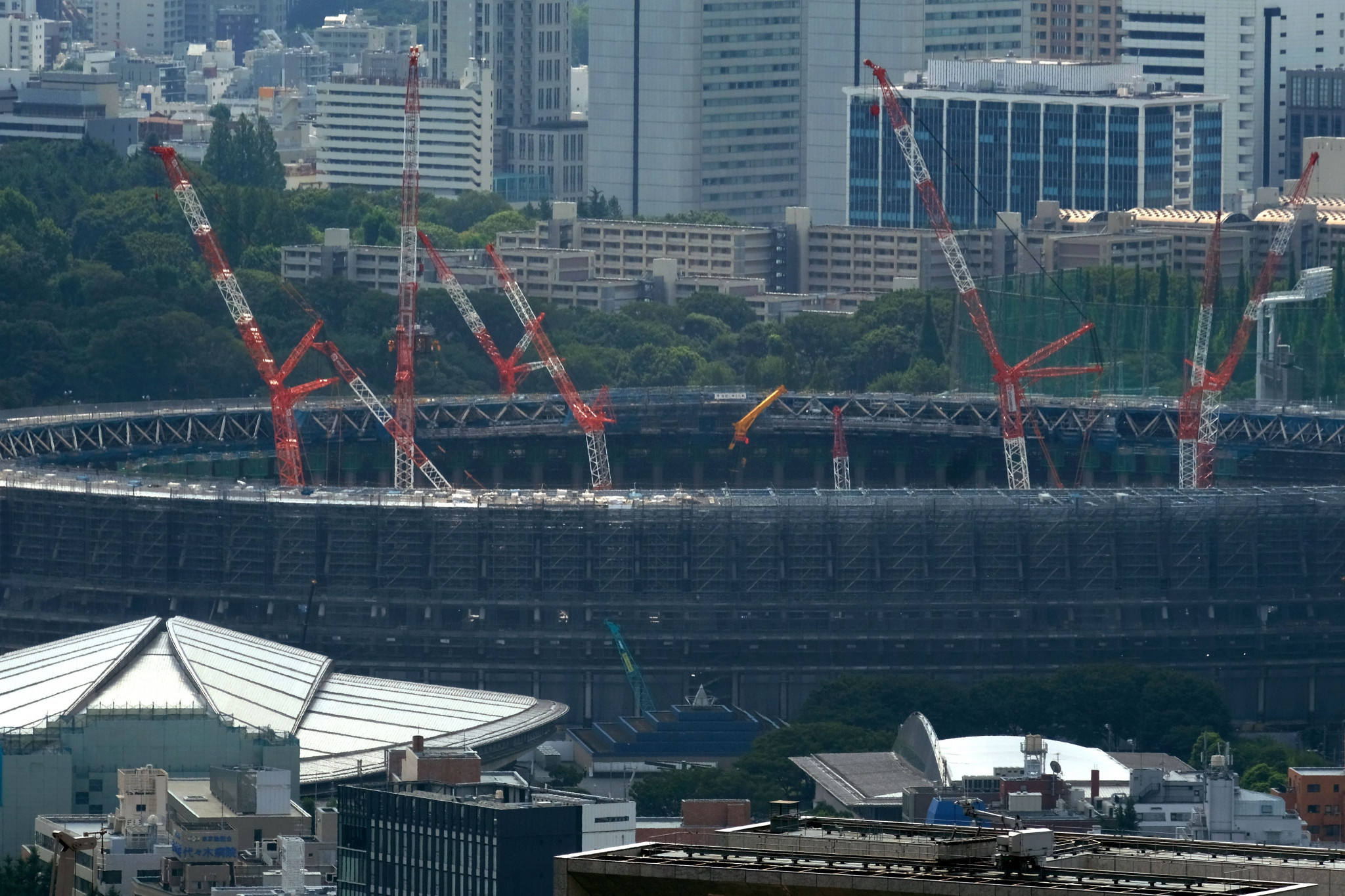 Tokyo 2020 have defended the sustainability of their Olympic Games after further criticism from groups alleging their use of timber has "destroyed valuable rainforests".

It was reported earlier this year that 87 per cent of the plywood panels used on the new Olympic Stadium in the Japanese capital will come from Southeast Asian rainforests.

The Rainforest Action Network (RAN) claim they have delivered two complaints, via an orangutan-costumed emissary, to the Japanese Consulate-General in San Francisco.

The group says the use of the plywood has “destroyed valuable rainforests in Indonesia, including habitat of the critically endangered Bornean Orangutan”.

Their two complaints follow a further four grievances filed to the Organising Committee, the Japan Sport Council and the Tokyo Metropolitan Government which claims wood supplied by Korean-Indonesian firm Korindo has harmed the “rights and livelihoods of community landowners”.

Korindo has insisted that it operates in full accordance with all laws and regulations and claim to be a leader in sustainability.

According to the RAN as of May 2018, at least 134,400 large sheets of tropical plywood from Malaysia and Indonesia have been used to mold concrete.

They state this includes “substantial volumes of uncertified Indonesian plywood”, consisting of 110,200 sheets for the New National Stadium and 8,700 sheets for the Ariake Arena, which will be used for volleyball.

The RAN claim the Games could provide an opportunity to take steps to end destruction of rainforests, but state current policies are weak.

“The Tokyo Olympics’ use of Korindo wood is a flagrant breach of the commitment by Olympic organisers to host sustainable Olympic Games in 2020 and it undermines the realisation of the Sustainable Development Goal to halt deforestation by 2020,” said Hana Heineken, a RAN spokesperson.

“While the violations contained in these complaints are deeply disappointing, these revelations provide a real opportunity for the Games and the Japanese economy to learn from their mistakes and take steps to ensure this destruction is not repeated in the future.

“As evidenced by the use Korindo wood, the current policy is unacceptably weak and efforts to strengthen it are welcome.

“But the current proposals up for revision fail to address the inherent problems in Japan’s consumption of tropical plywood, which is driving deforestation in Indonesia and Malaysia.”

The RAN made the complaints prior to the IOC Executive Board meeting here and before the IOC Coordination Commission visit, scheduled to start tomorrow.

Tokyo 2020 responded to the claims by insisting that reviews of their code have been ongoing since July and that only timber meeting sustainability requirements is used.

“In order to enhance the sourcing code further, Tokyo 2020 has established a grievance mechanism allowing members of the public to file reports or claims of non-compliance with the sustainable sourcing code.

“Furthermore, since July 2018, Tokyo 2020 has conducted several discussions to review the code and is taking opinions from experts, NGOs, certification scheme owners and trading companies.”

Tokyo 2020’s sourcing code for timber states that a high priority is placed on several conditions, which need to be satisfied for procurement to occur.

The conditions include timber that is harvested through an appropriate procedure with reference to relevant laws, ordinances, of countries or territories, as well as deriving from forests maintained and managed based on mid to long-term plans or policies.

Timber harvested through logging activity must also be considerate toward conservation of the ecosystem, the rights of indigenous people and other local residents, and that it is harvested by workers protected through appropriate safety measures.