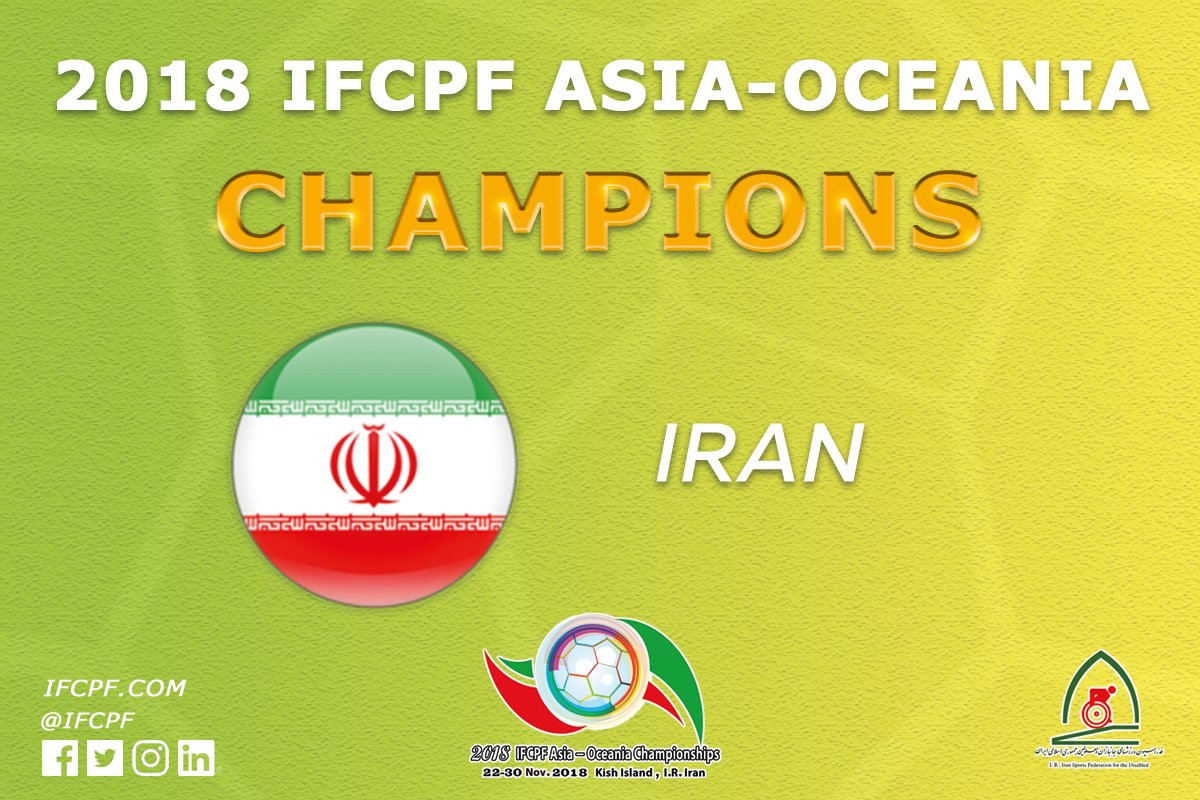 The match on the island of Kish was the last of a competition that has been played entirely in round-robin format, though by chance, it was effectively the final, as both sides had won all their previous matches.

The hosts, the highest-ranked team in the competition, took the lead after just four minutes through Torabi Abbas.

Their lead was then doubled just a minute later thanks to their captain Karimzadeh Abdolreza and by half-time the score read 4-0, meaning the match was essentially over.

The two other first-half goals came from Abbas again and then Mehri Farzad, before Atashafrouz Rasoul scored a second-half hat-trick.

The result means Iran, winners of the Asian Championships in 2006, 2010 and 2014, become the first team to win a tournament featuring teams from Oceania, as well as Asia.

They also qualify for the 2019 IFCPF World Championships in Seville in Spain, as do Australia for finishing second.