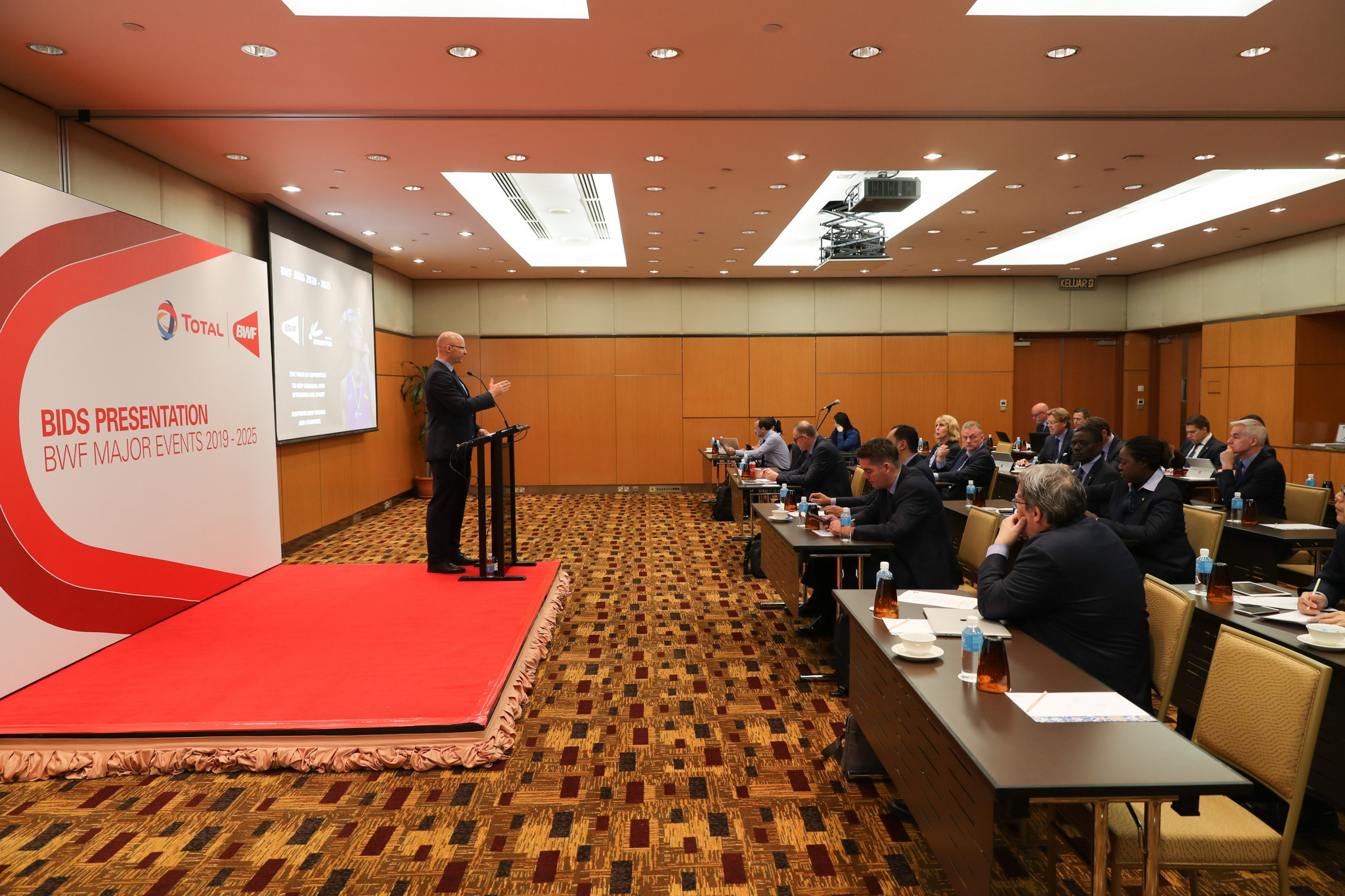 Spain, Japan, Denmark and France have all been awarded future editions of the Badminton World Federation (BWF) World Championships with the international governing body having unveiled a total of 18 hosts for upcoming major events for the next seven years.

The 2021 edition of the sport’s flagship event will be held in a yet-to-be-confirmed Spanish city.

There are no World Championships in the Olympic Games years of 2020 and 2024.

Basel in Switzerland had already been confirmed as the hosts of next year’s edition.

Among the other events awarded by the BWF were the 2020, 2022 and 2024 Thomas and Uber Cups to Aarhus in Denmark, Thailand’s capital Bangkok and a yet-to-be-confirmed city in China respectively.

Five editions of the BWF World Junior Championships have also been awarded, going to Kazan in Russia in 2019, Auckland in New Zealand in 2020, a Chinese city in 2021, a Spanish city in 2022 and Honolulu in Hawaii in 2023.

Additionally, BWF World Senior Championships have been allocated to a Spanish city in 2021, South Korea’s capital Seoul in 2023 and Auckland in 2025.

In all, the sport’s pinnacle tournaments will be heading to 11 member associations from four continents, subject to finalisation.

The announcement is considered a landmark occasion for the BWF as it endeavours to increase badminton’s global appeal and exposure in traditional and developing centres throughout the world.

The unprecedented decision to award 18 hosts in one bid process is said to align with BWF’s vision to establish long-term targets to broaden its development initiatives and create a strategic position for the sport around new projects and partnerships.

"This is an unprecedented decision for BWF, where we are announcing 18 of our major event country hosts as far forward as 2025," Høyer said.

"It allows all of our hosts to work closely with BWF to ensure the staging of world-class tournaments as we continue to grow the sport globally.

"We were lucky to receive some outstanding bids, all with the same forward-thinking vision as us.

"Following an exhaustive assessment period, we were able to determine the host cities and countries that best represented the interests of the sport.

"We’d like to thank all parties involved in this process and look forward to venturing to new locations that have not had the honour of hosting our major events before."

Final bids were presented at the Kuala Lumpur Convention Centre in Malaysia today.

BWF Council members listened to bid presentations from member associations for the 18 major events announced between 2019 and 2025.

Decisions were based on all of the bids and recommendations made to Council following dialogues in the BWF major events consultation process.

All bids will now go into a second and final phase of evaluation where the last details of the bids will be clarified.

This comes prior to contractual finalisation where, in some cases, the final bid city will be confirmed and then announced.

"The process that BWF went through with all hosts has been a very productive and new experience but also left BWF with very difficult considerations on some very good and long-term bids," BWF secretary general Thomas Lund said.

"We feel that today’s outcome is good for the future of the sport."

The BWF has its headquarters in Kuala Lumpur with 189 Member Associations worldwide.