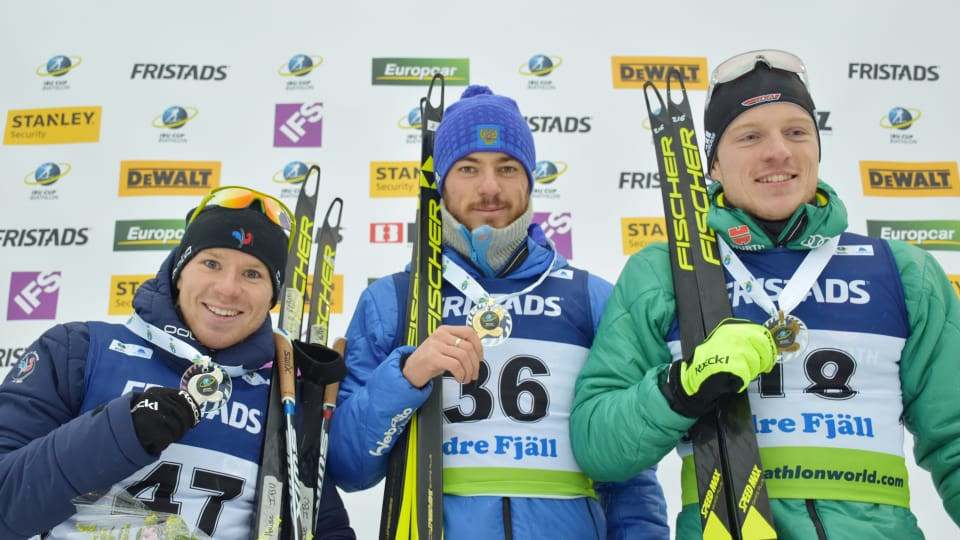 Russia’s Anton Babikov produced a dominant performance to win the men’s 10 kilometres sprint event on the first day of the season-opening International Biathlon Union (IBU) Cup in Idre in Sweden.

The 27-year-old clocked a time of 26min 0.1sec to triumph by a margin of 17.4 seconds over nearest challenger Aristide Begue of France.

Babikov and Begue were two of only four athletes to shoot clean with the former fast enough on the track to finish with a comfortable lead.

"It was a good competition and a good step for me," Babikov said.

"Sometimes we just need to take one step back in order to take two steps forward."

Russia’s Anastasiia Morozova finished third with one penalty, 32.9 seconds back.

"I was working really hard with the shooting during the summer and today was the first time, probably, in two years that I shot clean," Andersson said.

"I am so happy about this result and my first win."

Action in Idre is due to continue on Saturday (December 1).