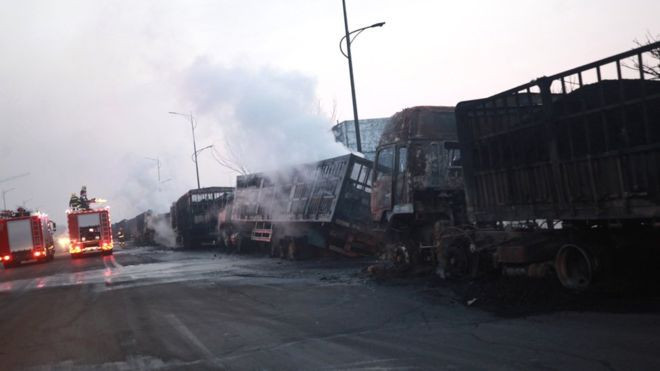 An explosion in Zhangjiakou city in China, due to host skiing events during the 2022 Winter Olympic and Paralympic Games, has killed at least 22 people and left a further 22 injured, reports say.

According to China's official state news agency Xinhua, the blast near a chemical plant engulfed 50 vehicles, while a video of the scene showing large clouds of black smoke and flames has been shared online.

It is claimed, however, that all fires at the site - in the city around 156 kilometres northwest of Beijing - have been extinguished.

Production at the nearby Hebei Shenghua Chemical Industry plant has reportedly been shut down, though it is not yet clear whether the explosion took place inside or outside the grounds.

Some of the mountain sport competitions during Beijing 2022 are taking place on the outskirts of Zhangjiakou.

The explosion occurred in the city's Qiaodong district.

Snowboard, cross-country skiing and freestyle skiing events will be held some 45 minutes away in Chongli.

The cause of the blast is also yet to be confirmed, though industrial disasters of a similar nature are not uncommon in China.

The cause of the Tianjin explosion was later found to be improperly or illegally stored hazardous materials.