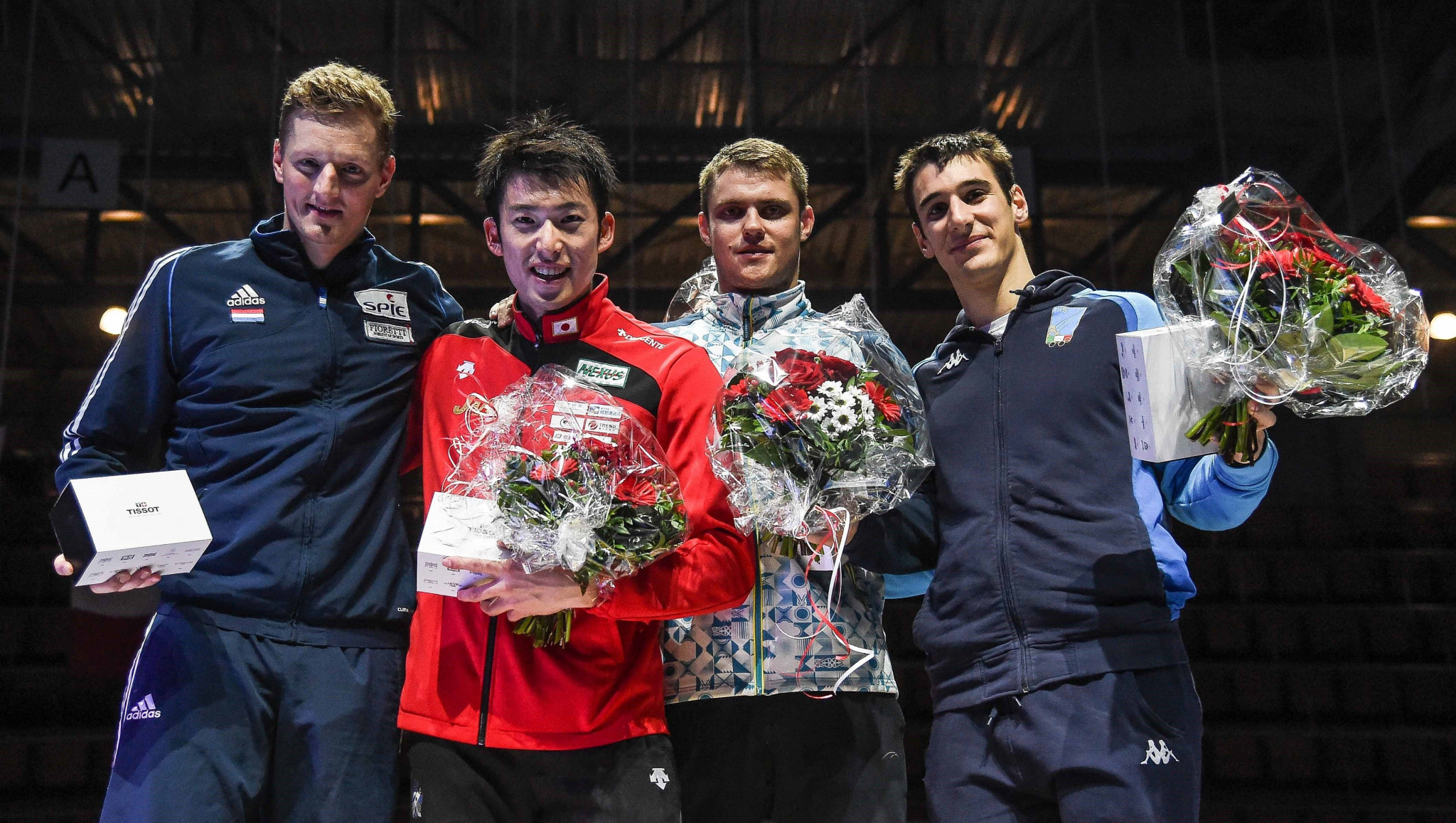 Japan’s Kazuyasu Minobe won the individual gold medal at the International Fencing Federation (FIE) Men’s Épée World Cup in Berne after beating The Netherlands’ Bas Verwijlen in the final round.

Minobe triumphed by virtue of priority following a 9-9 draw at the Swiss city’s Sporthalle Wankdorf.

His second came earlier this year in Heidenheim in Germany.

Alexanin and Vismara were the bronze medallists.

Notably, Verwijlen beat Rio 2016 Olympic gold medallist Park Sang-young of South Korea by a scoreline of 15-9 in the round of 16.

In the team event, Russia took the gold medal in the final with a 31-27 win over Italy.

It was spread across three days.