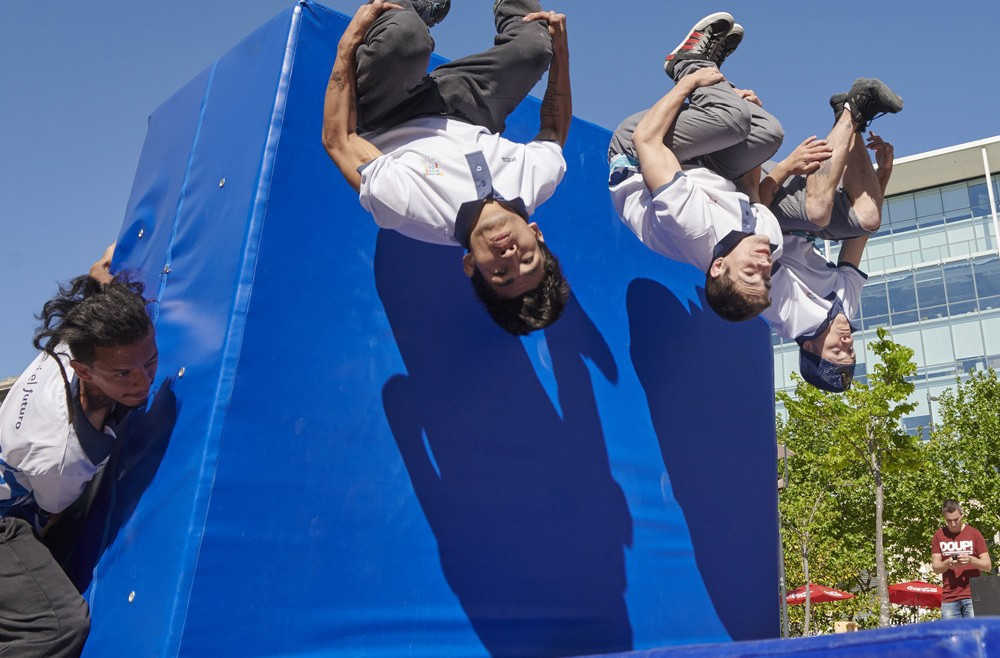 The International Gymnastics Federation (FIG) Parkour Commission has held what it describes as "important discussions" prior to the sport's upcoming Congress.

It comes around a month after the world governing body’s foray into parkour was plunged into crisis after more than half of its Commission dedicated to overseeing the integration of the discipline resigned in protest at the way its implementation has been handled.

Next week's Congress, due to take place in Azerbaijan’s capital Baku on December 2 and 3, will see the General Assembly vote to ratify the decisions of the Executive Committee and the Council to include parkour as a new discipline in the FIG statutes.

The FIG organised the first-ever Parkour World Cup events earlier this year in Hiroshima in Japan and Montpellier in France, and the Commission confirmed at its meeting in Lausanne that both cities will host events again next year, from April 19 to 21 and May 30 to June 1 respectively.

It was also announced that another World Cup competition will be held in Chengdu in China on April 6 and 7.

The Commission has also asked National Federations who are interested in hosting the first-ever Parkour World Championships, scheduled to take place between May and July 2020, to come forward.

First introductory courses, aimed at making national federations familiar with parkour, are due to be held in Baku, on December 4 and 5, and Qatar’s capital Doha, on December 17 and 18.

"The interest shown so far in these courses by national federations has been remarkable and further opportunities will be offered in 2019," an FIG statement read.

"In addition, plans are under way to stage a number of judges’ courses and coaches’ academies next year."

The apparatus norms and the code of points for parkour were other topics discussed thoroughly by the Commission members during their meeting.

The Commission also looked back on the success of the Parkour Sports Initiation conducted last month during the Youth Olympic Games in Buenos Aires.

The initiation activities attracted hundreds of young people every day to the highly-popular Urban Park, which hosted a range of innovative official sports and disciplines such as basketball 3x3, BMX, breaking and sport climbing.

Last month, four members of the FIG Parkour Commission - established last year - confirmed they had quit the group after raising concerns "that worry us for the future" of the discipline.

An open letter, signed by Ahmed Al-Breihi, Aleksandra Shevchenko, Estelle Piget and Kamil Tobiasz, accused FIG of ignoring the views of the parkour communities when conducting their venture into the sport and of "very little or no transparency" at how it has been implemented.

"Our parkour values are in incompatibility with this new project that will not preserve the essence of our parkour community," the four officials added.

Al-Breihi and Piget were on the group as ordinary members, while Shevchenko and Tobiasz served as athletes' representatives.

The decision from the four to quit the Commission en-masse dealt a severe blow to the FIG's hopes of incorporating parkour in its major competitions as well as possible inclusion for the sport at the Olympic Games.

It marked a victory for opposition groups such as Parkour Earth, set up after the FIG were accused of "encroachment and misappropriation" of the sport after they attempted to integrate parkour as a new discipline last year.

The Commission announced at its meeting in Lausanne that Argentina’s Micaela Buono Pugh has joined as the new athletes’ representative, replacing Shevchenko and Tobiasz.

In this position, Buono Pugh will also act as a member of the FIG Athletes' Commission.

The Commission is also supported by a new parkour sports manager, Jakub Koslacz, who took up his position with the FIG at the end of October.

Additional members are due to be nominated shortly.

The previous Commission President was David Belle, who stepped back due to other professional commitments.

Like his successor Perrière, he is one of the founders of parkour.

The Congress is due to be preceded by a Presidential Commission meeting on Thursday (November 29) and an Executive Committee meeting on Friday (November 30) and Saturday (December 1).