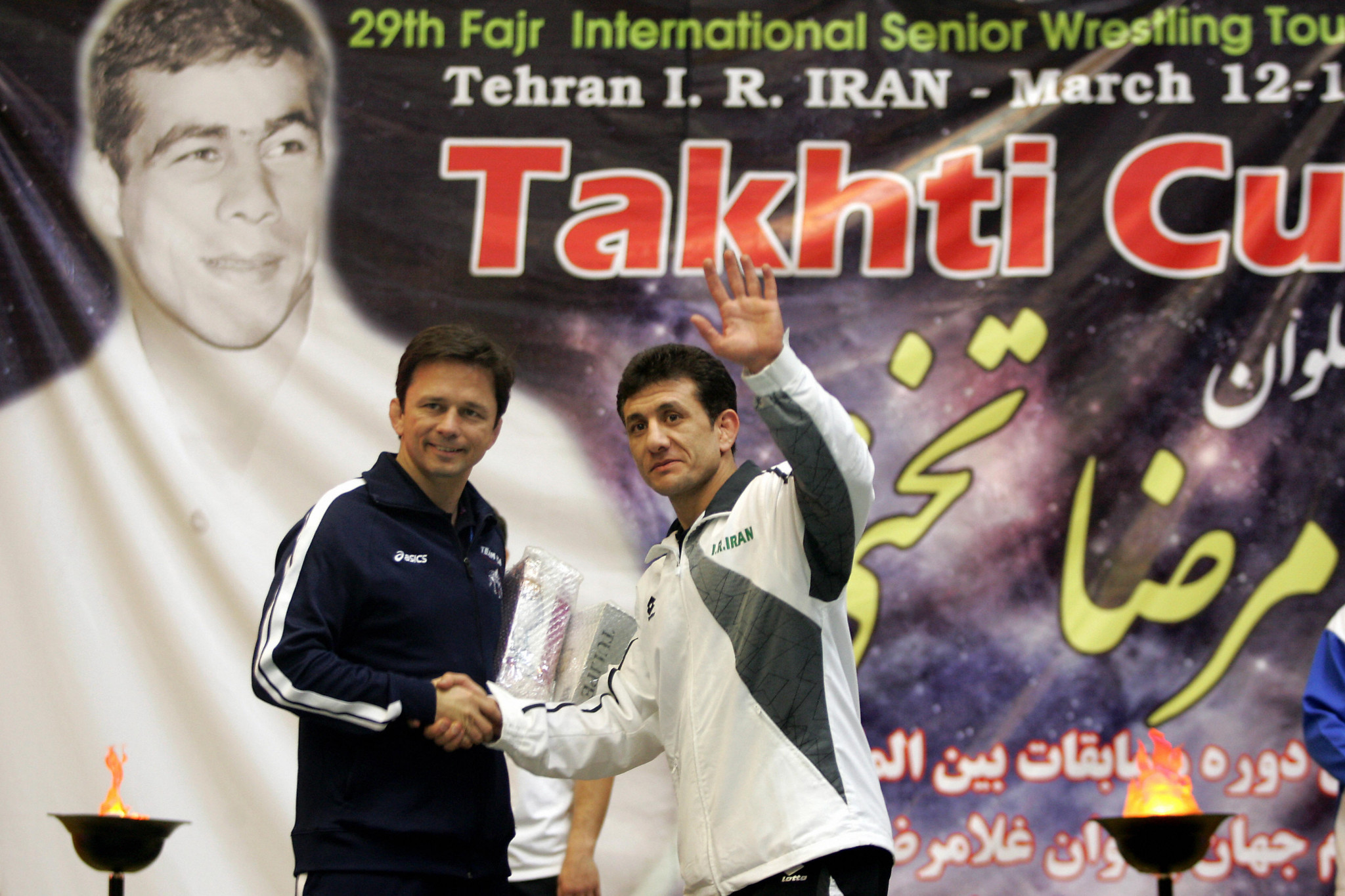 The Islamic Republic of Iran Wrestling Federation (IRIWF) has named Gholamreza Mohammadi and Mohammad Bana as the new head coaches of its freestyle and Greco-Roman teams respectively.

Mohammadi replaces Rasoul Khadem, who stepped down as the head coach of the freestyle team and as President of the IRIWF earlier this month.

Khadem opted to stand down from his position following an under-par showing from Iran at last month’s World Wrestling Championships in Budapest.

None of the country's wrestlers progressed through to the finals.

Mehdi Aliyari then secured a bronze in the men’s 97 kilograms Greco-Roman event.

Mohammadi was previously coach of the Iran youth team and also coached the nation's freestyle team at the 2010 Asian Games in Guangzhou in China.

He won silver medals at the 1993 and 1995 World Wrestling Championships, in Toronto and Atlanta respectively, and bronzes at the 1994 and 1998 editions, in Istanbul and Tehran respectively.

"Many people think I have not made the best decision due to the current condition of Iran’s wrestling, but I’m just thinking about serving the sport," Mohammadi was reported as saying by the Tehran Times.

"Doesn't matter what may come my way.

"I’m not thinking to myself and want to make sure that we can return to our good days.

"I hope the Iran wrestling family support me and I would also like to thank the wrestling federation for trusting me."

Bana, meanwhile, has returned to his position as head coach of the Greco-Roman team, replacing Ali Ashkani.

He was the head coach of the team at the London 2012 Olympic Games, where Iran won three gold medals, and is regarded as the most successful coach in Iran's Greco-Roman wrestling history.

After a particularly poor performance from his team at the Rio 2016 Olympics, and the surprising elimination of Iranian wrestlers one after another, Bana said he felt "ashamed" towards them.

He was seen sitting and crying outside the wrestling venue, the video and photos of which went viral on social media.

He was later quoted as saying he cried because he failed to make the Iranian people happy, and that the team is like "his child".

"Honestly, I didn’t want to return to the national team but I think it’s time to help the team," Bana was reported as saying by the Tehran Times regarding his re-appointment.

"I faced many obstacles in my career in the national team but we have to learn from our mistakes if we want to avoid repeating them.

According to the Tehran Times, Khadem claimed investment was required by Iran to keep pace with other nations, but stated that the country would soon return to its "glory days".

Khadem had resigned from the IRIWF Presidency in February this year.

He quit in protest at wrestlers being punished due to the country's ban on athletes competing against Israel.

It followed wrestler Karimi being suspended for six months and his coach Hamidreza Jamshidi for two years by United World Wrestling.

The bans followed claims he had lost his under-86kg freestyle quarter-final contest at the 2017 Under-23 World Championships in Polish city Bydgoszcz on purpose to avoid Israel's Uri Kalashnikov in the next round.

Khadem had allegedly claimed that if the Government insists on continuing the policy, the blame should not fall upon coaching staff and athletes.

He initially returned to his role as IRIWF President in April.