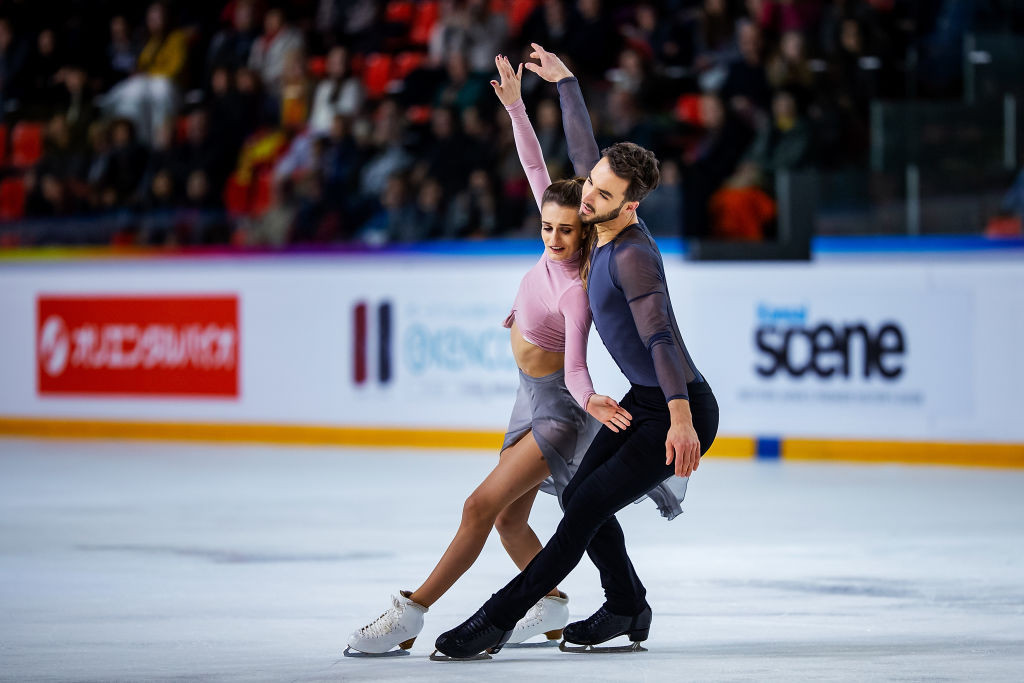 France won gold medals in the pairs and ice dance events in front of home support at the International Skating Union (ISU) Grand Prix of Figure Skating in Grenoble.

Thre- time world champions Gabriella Papadakis and Guillaume Cizeron scored 216.78 points in total at the Polesud Ice Rink to win the ice dance event, the highest to be achieved in ice dance this season so far.

They beat Russia's Victoria Sinitsina and Nikita Katsalapov into second place after they scored 200.38 points and Canada's Piper Gilles and Paul Poirier finished third with 188.74.

Sinitsina and Katsalapov were the only couple to qualify for the ISU Grand Prix Final in Vancouver next month, with this being the first Grand Prix event that Papadakis and Cizeron have competed in.

"We didn’t expect to have such a great score," Cizeron said.

"So we’re very happy with the technical aspect of our programme and we had a really good moment on the ice.

"I feel like we shared a very good moment with the audience.

"It was the first time we’ve done our free program this year, so we had a little bit of stress, but I feel the audience connected to it."

The French were also triumphant in the pairs event, with home favourites Vanessa James and Morgan Cipres moving from third place into first after securing a points total of 205.77 points.

Tarah Kayne and Danny O'Shea of the United States came in second with 191.43 points and Russia's Aleksandra Boikova and Dmitrii Kozlovskii scored 189.94 to finish third.

World champion Nathan Chen of the US recovered from his disappointing performance in the men's singles yesterday to score 184.64 points and record a total of 271.58, which won him the event and also saw him qualify for the Grand Prix Final due to take place between December 6 and 9.

Chen's compatriot Jason Brown took the silver medal with a total of 256.33 points and Russia's Alexander Samarin bronze after scoring 247.09.

Japan were successful in the women's event, winning the gold medal through Rika Kihira, who scored 205.92 points.

The silver medal was won by team-mate Mai Mihara, who scored 202.81 points.

America's Bradie Tennell scored 197.78 points to finish off the podium.