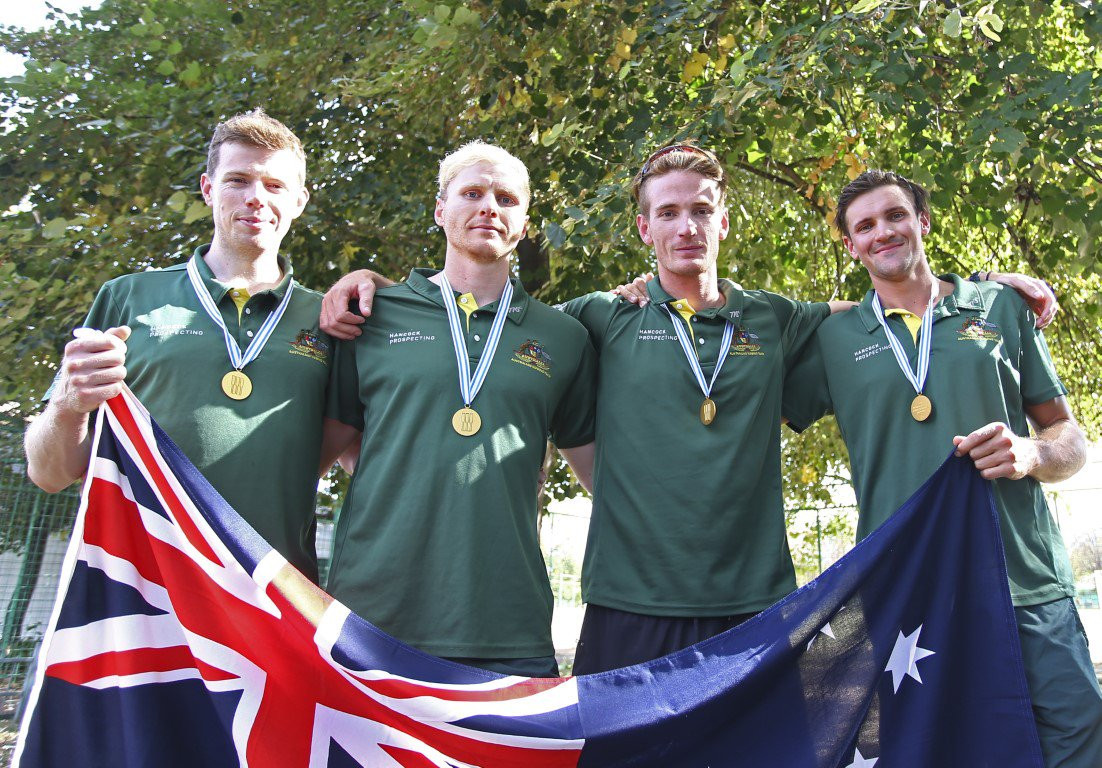 Australia's men's four crew won their second accolade of the month after being named Male Crew of the Year at the 2018 World Rowing Awards in Berlin.

The team, consisting of Alexander Hill, Jack Hargreaves, Spencer Turrin and Joshua Hicks, were given the award after not losing a race to win the 2018 World Rowing Championships in Bulgaria.

They were also victorious in the the World Rowing Cups two and three.

The crew were named 2018 Male Crew of the Year at the Prospecting Rower of the Year Awards as well, and are nominated at the Australian Institute of Sport Sports Performance Awards in the Team of the Year category.

"We're incredibly grateful and honoured to receive this award from World Rowing and to be recognised for our achievements over the last year as a crew," Hargreaves said.

"We couldn't have achieved what we did without the support of our coach, Ian Wright, along with everyone at Rowing Australia, Hancock Prospecting and the Australian Institute of Sport."

Here they are, the World Rowing Men's Crew of the Year, Australia's men's four #WRAwards pic.twitter.com/sz4VPHpV2L

The Women's Crew of the Year award went to Poland's women's quadruple sculls crew of Agnieszka Kobus-Zawojska, Marta Wieliczko, Maria Springwald and Katarzyna Zillmann, who won both the European and World Championships.

The Netherlands' Annika van der Meer and Corne de Koning won the Para Crew of the Year award after winning the European and World Championship in the PR2 mixed double sculls.

Rowing Coach of the Year went to Ireland's Dominic Casey for his achievements with the 2018 world champions in the lightweight men’s double sculls, Paul and Gary O'Donovan.

The 2018 Filippi Spirit Award, given to university student rowers for their commitment to the governing body's core values, was awarded to Amidu Silva of the University of Moratuwa in Sri Lanka.

As captain of his rowing club, Silva has mentored many of the club's rowers and recently competed at the 2018 World University Championships.