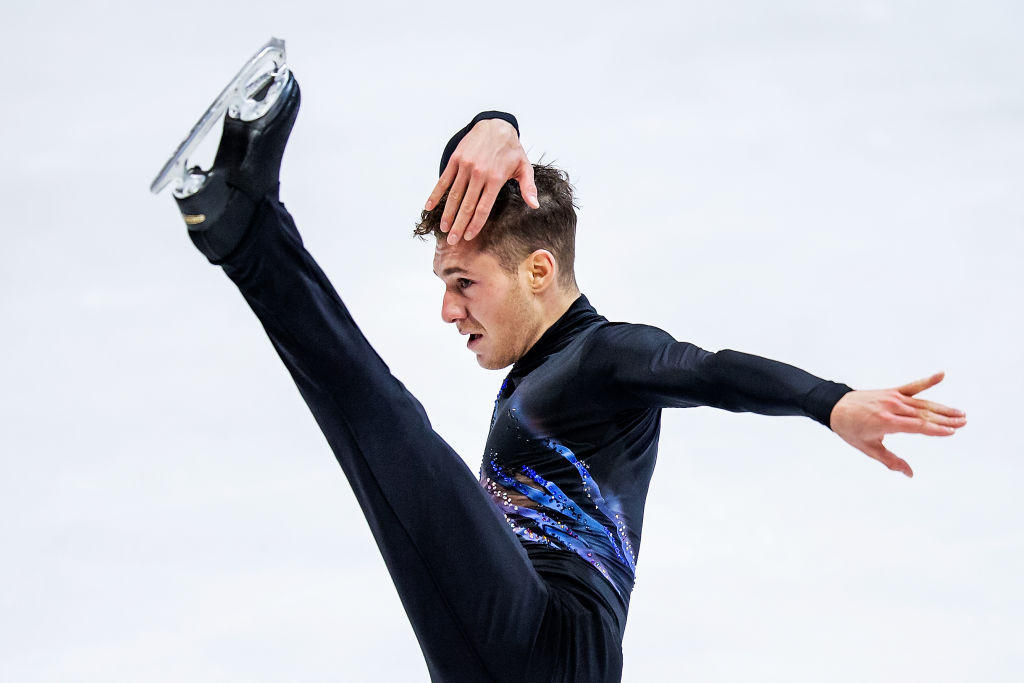 American Jason Brown leads the men’s event at the International Skating Union (ISU) Grand Prix of Figure Skating in Grenoble in France ahead of his compatriot and competition favourite Nathan Chen.

Brown performed a triple flip, triple Axel, triple Lutz-triple toe to set a season best score of 96.41 points and take the lead in the event overnight.

Russia’s Alexander Samarin currently sits second in the standings on 90.86 points after the short programme event.

Due to his under-rotation, Chen only scored 86.94 points and will need a better performance tomorrow to gain valuable qualification points for the Grand Prix final next month.

In the ice dance competition, the home favourites continued to reign supreme as Gabriella Papadakis and Guillaume Cizeron topped the standings after day one.

Their total of 84.13 points puts them firmly ahead of second-placed Victoria Sinitsina and Nikita Katsalapov of Russia.

The Russian pair scored 77.91 points ahead of Canada’s Piper Gilles and Paul Poirier, who are third on 74.25 points.

Mihara scored 67.95 points to lead the standings overnight ahead of the NHK Trophy champion Kihira.

Only 0.40 point separates the top three.

In the pairs event, Russia’s Aleksandra Boikova and Dmitrii Kozlovskii lead the way on 68.83 points ahead of North Korea’s Tae Ok Ryom and Ju Sik Kim on 67.18 points.

The final day of competition will take place tomorrow.