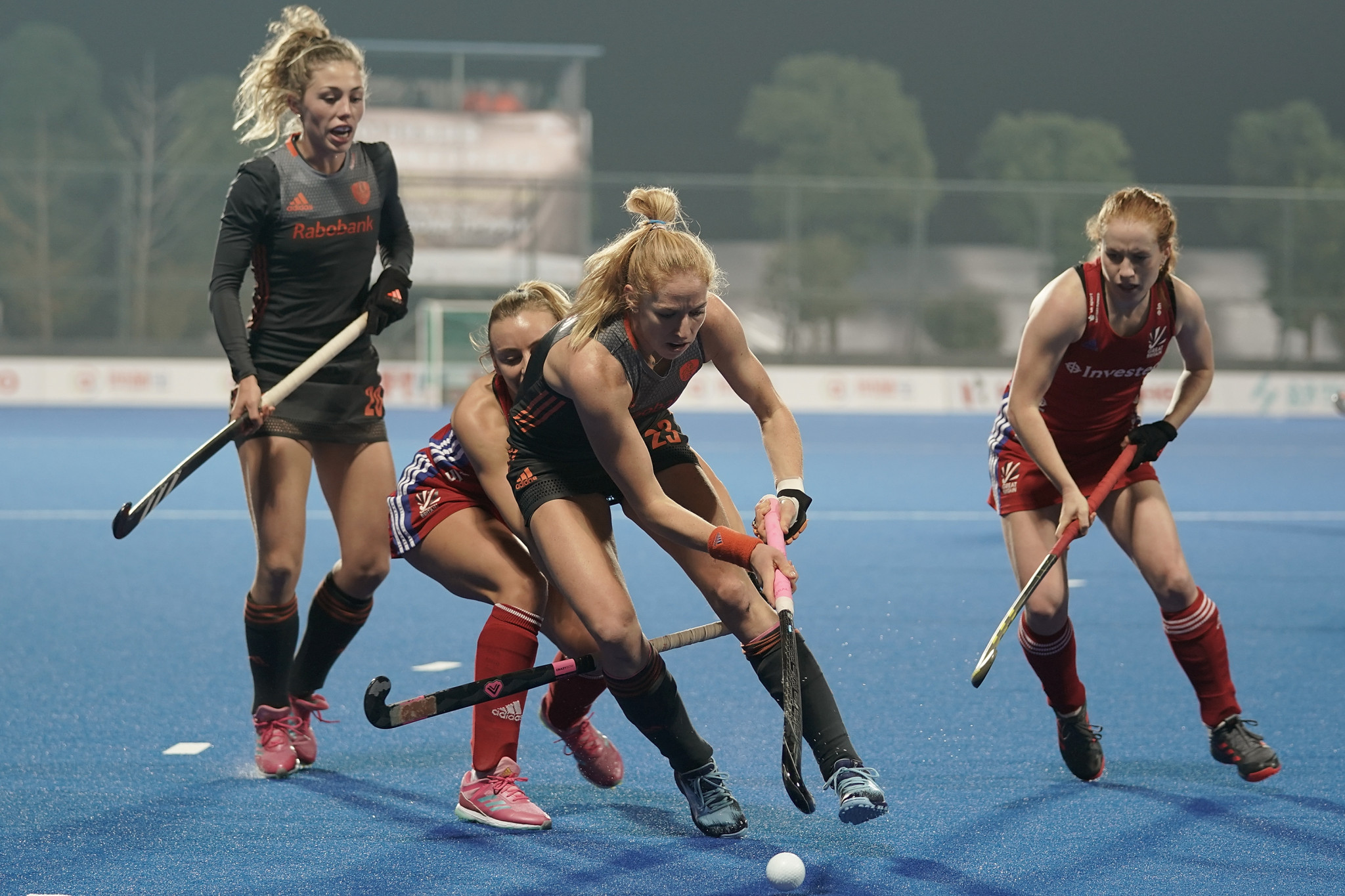 The Netherlands surged into the final of the International Hockey Federation (FIH) Women's Champions Trophy with a resounding victory over Olympic gold medallists Britain in China.

The Dutch side were in fine form as they recorded a comfortable 4-0 win to qualify for the tournament's showpiece contest with a game to spare.

A double from Margot Zuidhof plus strikes from Marijn Veen and Ginella Zerbo propelled The Netherlands into the final at the Wujin Hockey Stadium in Changzhou.

"We certainly played better than in earlier games but we still have some areas to improve," Margot van Geffen said.

"But our passing and movement was good."

Australia and China remain in contention to join The Netherlands in the final after they played out a goalless draw today.

A win for Australia would have been enough to set up a meeting with the Dutch but the contest proved to be a cagey affair.

The host nation could have given their qualification hopes a significant boost with victory but the second and final place will be decided on the last day of round-robin action on Saturday (November 24).

"We are doing all the right things in defence and attack but the final bit hasn't clicked yet - hopefully, it will all come together in our last two games," said Australia's Karri McMahon.

"This is our last event of the year and we want to go out on a high."

In the other match held today, Champions Trophy holders Argentina beat Japan 4-0 to improve their hopes of reaching the bronze medal game.

This is the last edition of the Champions Trophy, which features the holders of the sport's biggest prizes, as the FIH is replacing it with a new home-and-away Pro League event from next year.