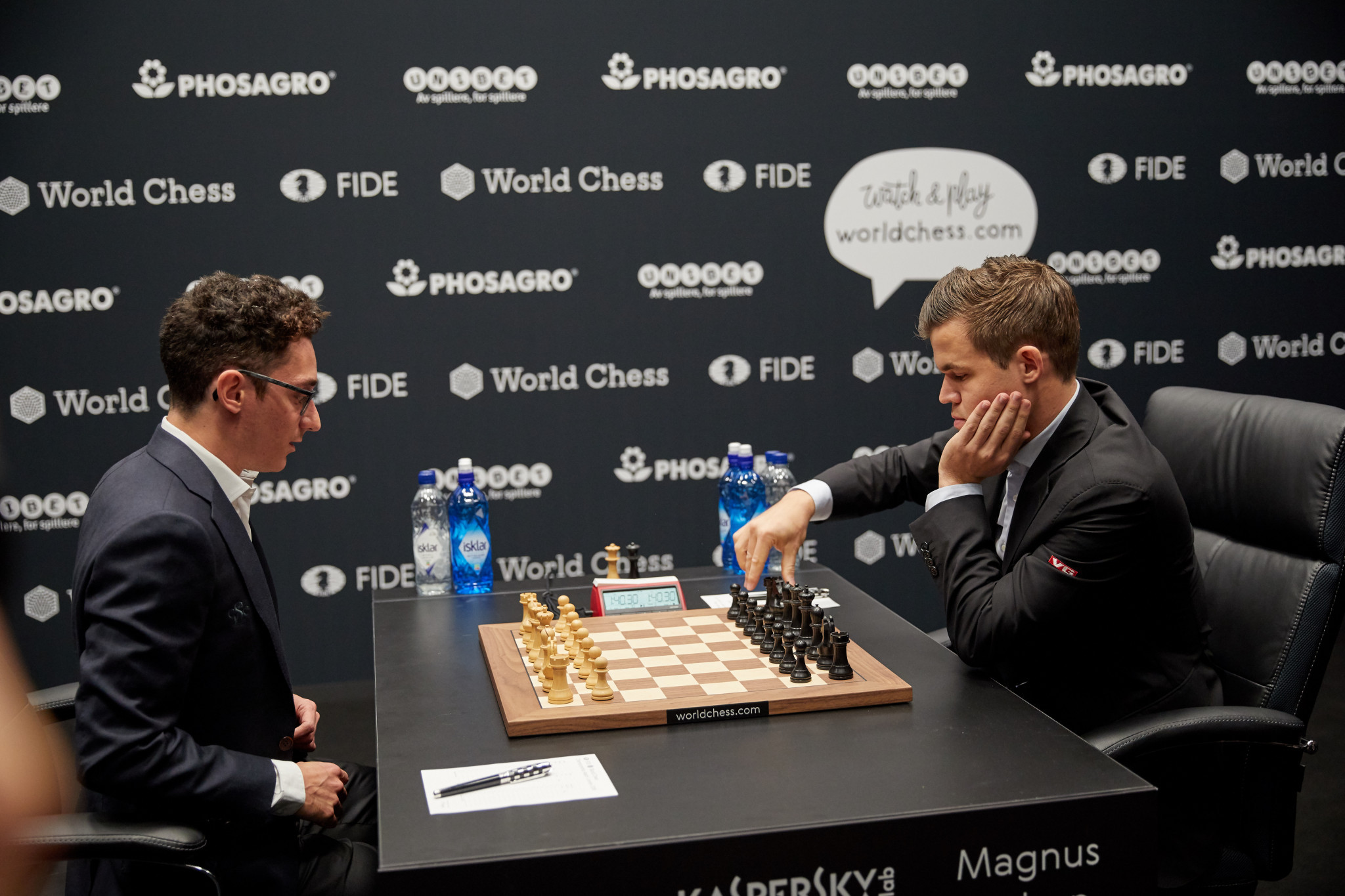 Norway’s Magnus Carlsen missed the chance to establish an advantage in the men’s World Chess Championship final as he and the United States’ Fabiano Caruana drew a ninth-straight game in London today.

A rushed misstep from the 27-year-old defending champion gave his American opponent the chance to hold for a 58-move draw at The College in Holborn.

It means the best-of-12-games match remains all square at 4½-all.

"I felt like I had a comfortable advantage," Carlsen, sporting a bandage over a black eye from a collision with a Norwegian journalist during a game of football on yesterday’s rest day, was reported as saying by The Guardian.

"Then I just blew it.

It marks the first time that a World Chess Championship match has started with nine successive draws.

The match is due to resume tomorrow with Caruana playing as white in game 10.

The match score is now 2-1 in Lagno’s favour.

The final consists of four games with classical time control.

If the match is tied after that, a tie-break will ensue.

The fourth game is due to be played tomorrow with Lagno having the white pieces.