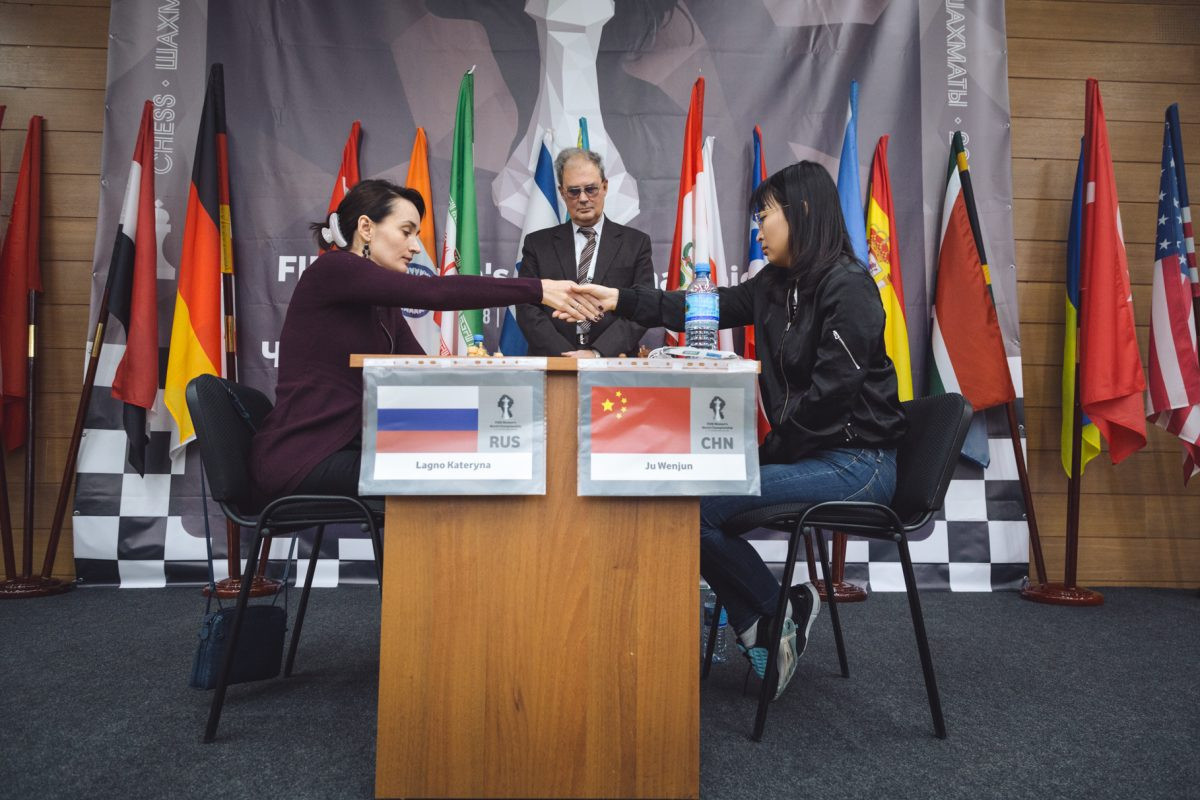 Russia's Kateryna Lagno edged closer to a home triumph at the Women’s World Chess Championship after winning the second game of the final against China's Ju Wenjun to take a 1½-½ lead.

Following a draw in the first game yesterday, reigning champion Ju resigned on move 59 to hand Lagno victory at the Ugra Chess Academy in Khanty-Mansiysk.

The third game is due to be played tomorrow with Ju having the white pieces.

The final consists of four games with classical time control.

If the match is tied after four games, a tie-break will ensue.

Ju, who is also the women's rapid world champion, has not required any tie-breaks thus far in the competition.

Lagno, by contrast, has played three tie-breaks en-route to the final, including one Armageddon game in the third round.

Before this match the two finalists had played each other five times in classical time control matches, drawing all five.

The men’s World Chess Championship final, between Norway’s Magnus Carlsen and the United States’ Fabiano Caruana, is due to resume tomorrow in London.

The match remains deadlocked at 4-4 after the pair produced their eighth consecutive draw yesterday.