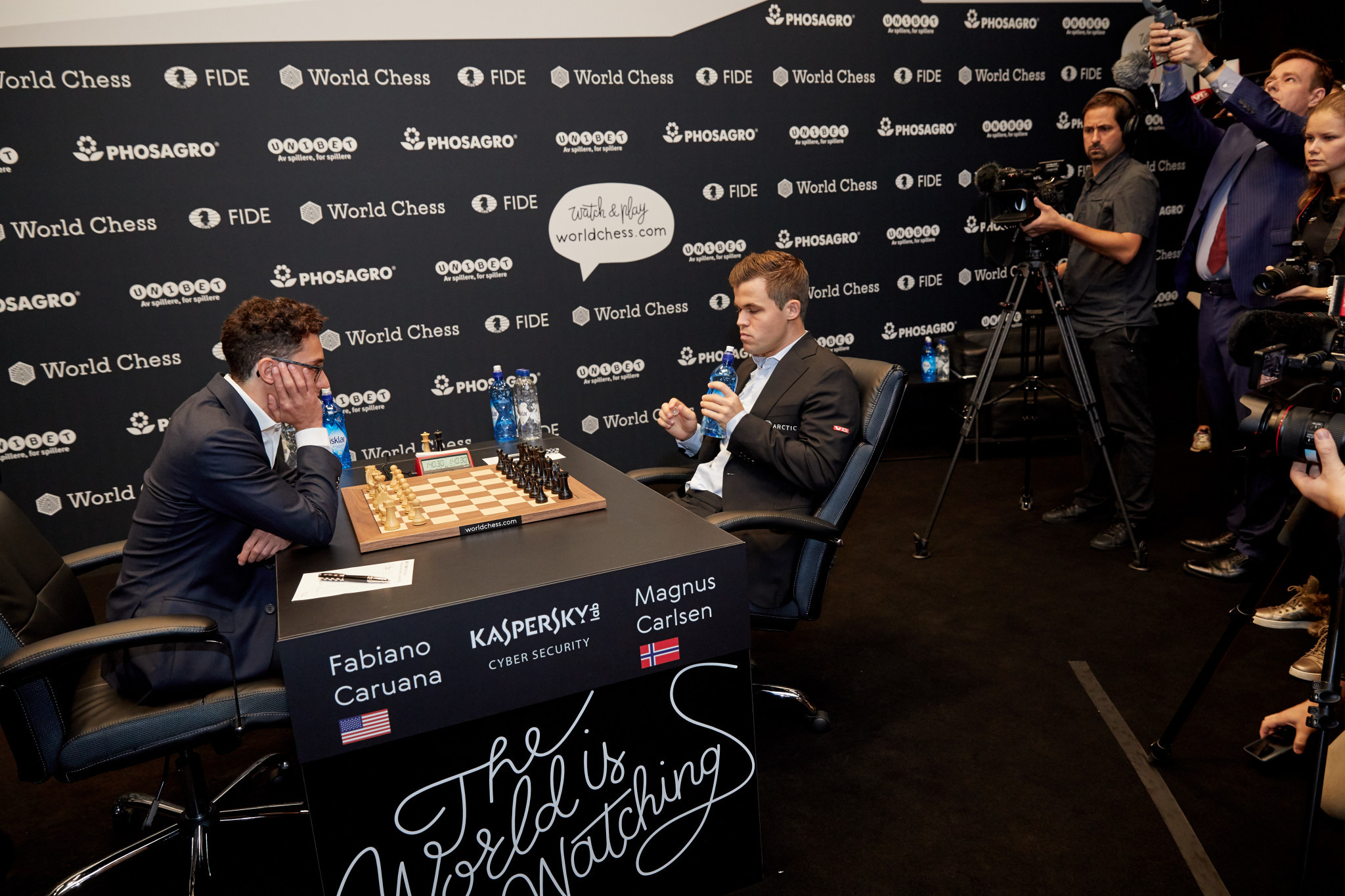 The World Chess Championship remains deadlocked at 4-4 after defending champion Magnus Carlsen of Norway and US challenger Fabiano Caruana produced their eighth consecutive draw at the match venue in central London.

Meanwhile in Russia the first game in the final of the Women's World Chess Championship between Chinese holder Ju Wenjun and Russia's Kateryna Lagno was also drawn.

Game eight in the men's match at The College, in Holborn, finished after 38 moves, following an impressive fightback by Carlsen after Caruana appeared to have him at a significant disadvantage in terms of time and position with just over an hour remaining.

Caruana confessed to "some minor disappointment", adding: "I thought at some point I had a very promising position."

Carlsen added: "This was a tough game.

"He was the one who had all the chances.

"So I am happy to have survived it, for sure."

Tomorrow is a rest day in this World Chess Federation event which has only four matches remaining.

The women's world title match at the Ugra Chess Academy in Khanty-Mansisyk will follow a similar tie-break course if the scores remain level after four matches.

Ju, 27, is also women's rapid world champion, but she has not required any tie-breaks thus far in the competition.

Lagno, by contrast, has played three tie-breaks en-route to the final, including one Armageddon game in the third round.

Before this match the two finalists had played each other five times in classical time control matches, drawing all five.