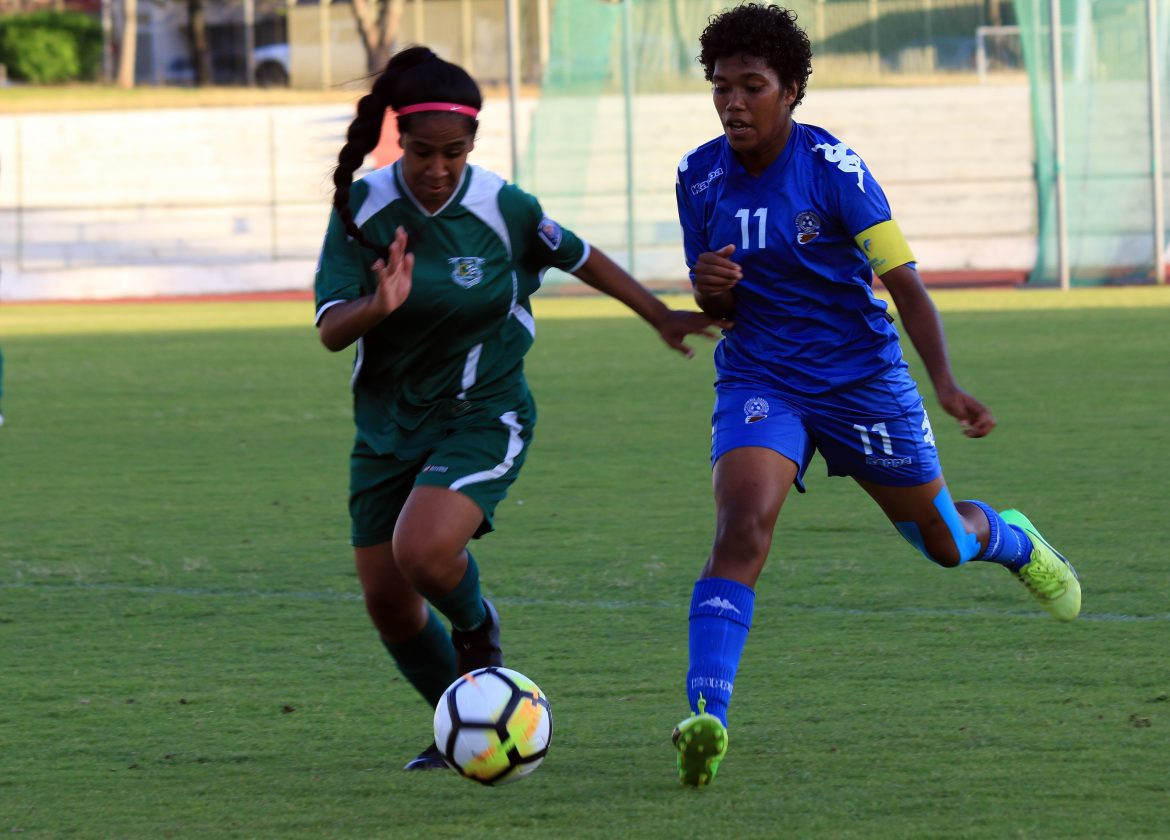 New Zealand thrashed Tonga 11-0 in the opening game of Group B at the Oceania Football Confederation (OFC) Women's Nations Cup in New Caledonia.

Rosie White, Annalie Longo, Betsy Hassett and Sarah Gregorius all scored twice in the first half to put New Zealand 8-0 ahead going into the break at the Stade Numa Daly in Noumea.

Gregorius then got her hat-trick in the second half, with Ria Percival and Grace Jale confirming the rout for the defending champions, who are seeking a fourth straight title.

"It was a solid performance and a good win, a good first win for us," said New Zealand coach Tom Sermanni.

"Credit to Tonga, despite the result they kept working very hard to the end, they kept defending very bravely.

"We are happy with the result."

The second game of Group B saw Fiji, the lowest ranked team at the tournament, secure a 3-0 victory over Cook Islands.

Cema Nasau, Trina Davis and Luisa Tamanitoakula were on the scoresheet for Fiji.

Tonga will play Fiji and New Zealand meet Cook Islands in the next Group B games on Thursday (November 22).

The competition resumes on Wednesday (November 21) when Tahiti come up against Samoa and Papua New Guinea play hosts New Caledonia.