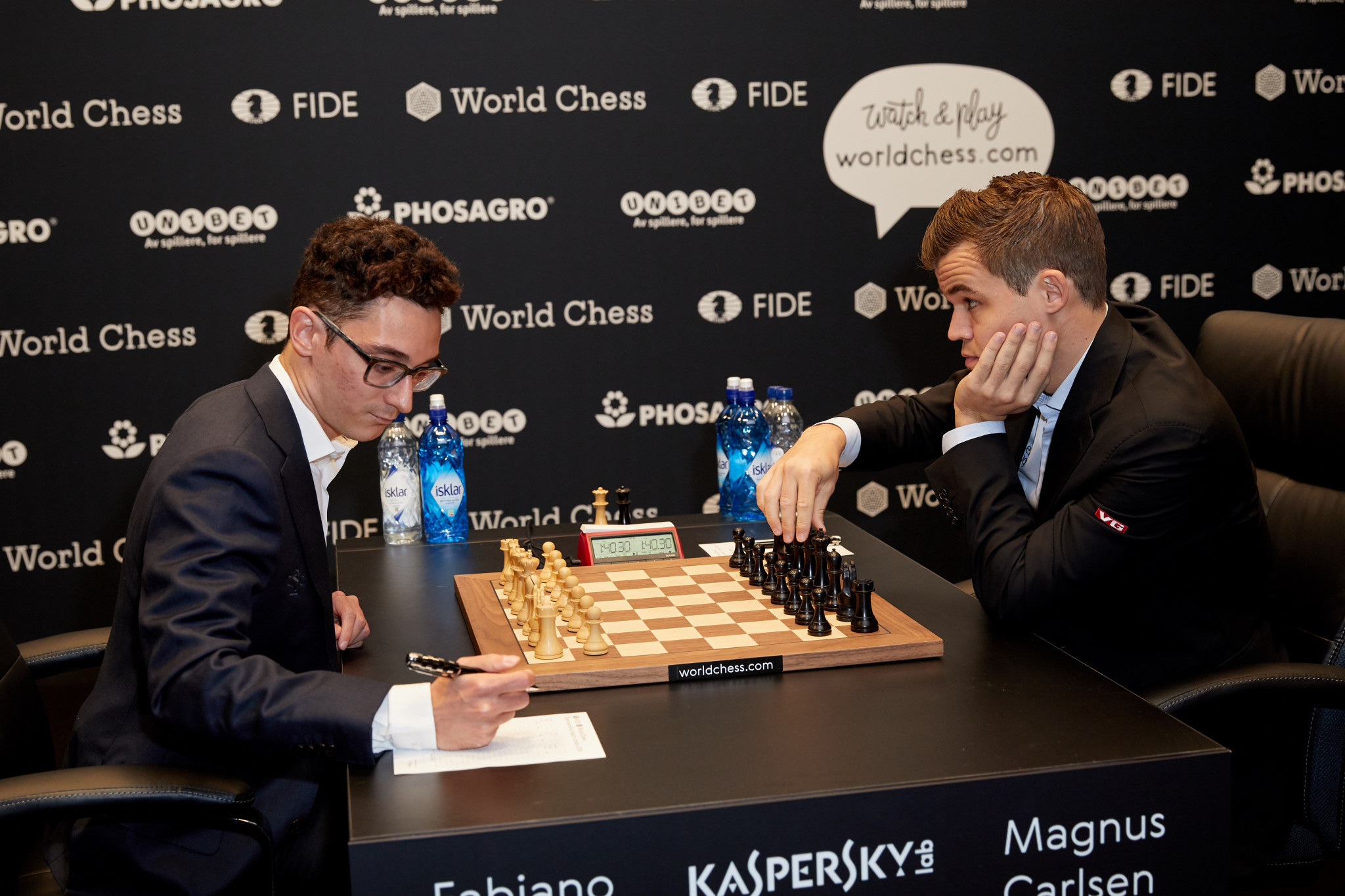 Defending champion Magnus Carlsen and challenger Fabiano Caruana began the second half of their 12-game World Chess Championship match in central London in familiar fashion today as they produced their seventh consecutive draw.

Having survived an early scare to stay level in game six, the 27-year-old Norwegian champion had less of a bumpy ride today as he and his US challenger, 26, concluded another draw in 40 moves.

He was nevertheless less than thrilled about his performance in this World Chess Federation showpiece at the specially constructed venue within The College in Holborn.

"After the last game it kind of felt like I got away with murder," Carlsen, who was playing with the white pieces today, said.

"In that sense it's easier to be calm about a draw today.

"I'm not loving it, but I'm not in any sort of panic mode.

"Could have been worse.

"The match is still equal and with black it's been going okay.

"I'm not at all thrilled about my play today."

Caruana was less colourful in his assessment.

"And overall a solid draw without too many problems is always a good result."

Meanwhile there was a rest day in the Women's World Championships at Khanty-Mansiysk, Russia, before China's defending champion Ju Wenjun and Russian challenger Kateryna Lagno, the third seed, contest the final.

Ju, 27 and her 28-year-old challenger will now play four matches at the Concert and Theatre Complex.

If the score ends level, a tie break will take place on November 23.

Ju starts with the white pieces.