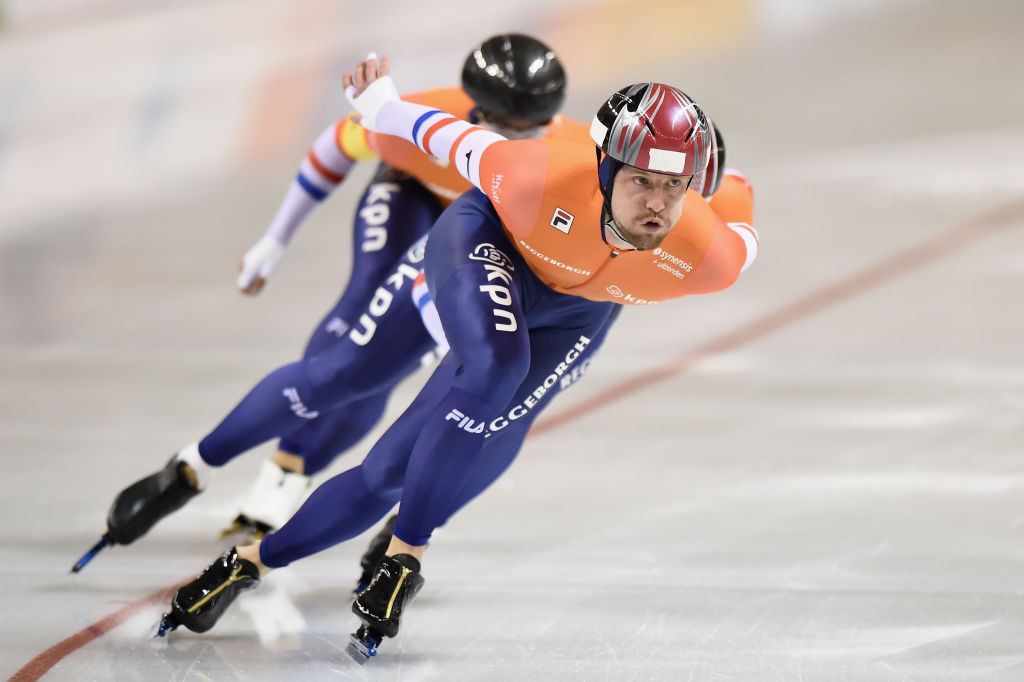 The Netherlands won three golds on the final day of the International Skating Union Speed Skating World Cup in the Japanese city of Obihiro after drawing a blank in the previous days of the competition.

The first gold for the sport's powerhouse came from Esme Visser in the women's 3,000 metres when she recorded a winning time of 4mins 04.61secs at the Meiji Hokkaido-Tokachi Oval.

Russia's Natalia Voronina finished behind her in 4:05.02 with the Czech Republic's Martina Sáblíková coming in third with a time of 4:05.24.

Patrick Roest then added to The Netherlands' gold medal tally in the men's 5,000m event after securing the fastest time of 6:13.02.

Compatriot Marcel Bosker came third in 6:18.12, with Russia's Alexander Rumyantsev racing in 6:17.68 to finish second and complete the podium.

The third gold came in the men's team sprint with the Dutch trio of Michel Mulder, Kai Verbij and Kjeld Nuis securing the victory in 1:19.78.

The second Russian gold came in the women's team sprint as Angelina Golikova, Olga Fatkulina and Yekaterina Shikhova stopped the clock at 1:27.23.

Japan's trio of Nao Kodaira, Konami Soga and Maki Tsuji won silver in 1:27.23 and Janine Smit, Femke Beuling and Jutta Leerdam got bronze in 1:28.81 for the Dutch.