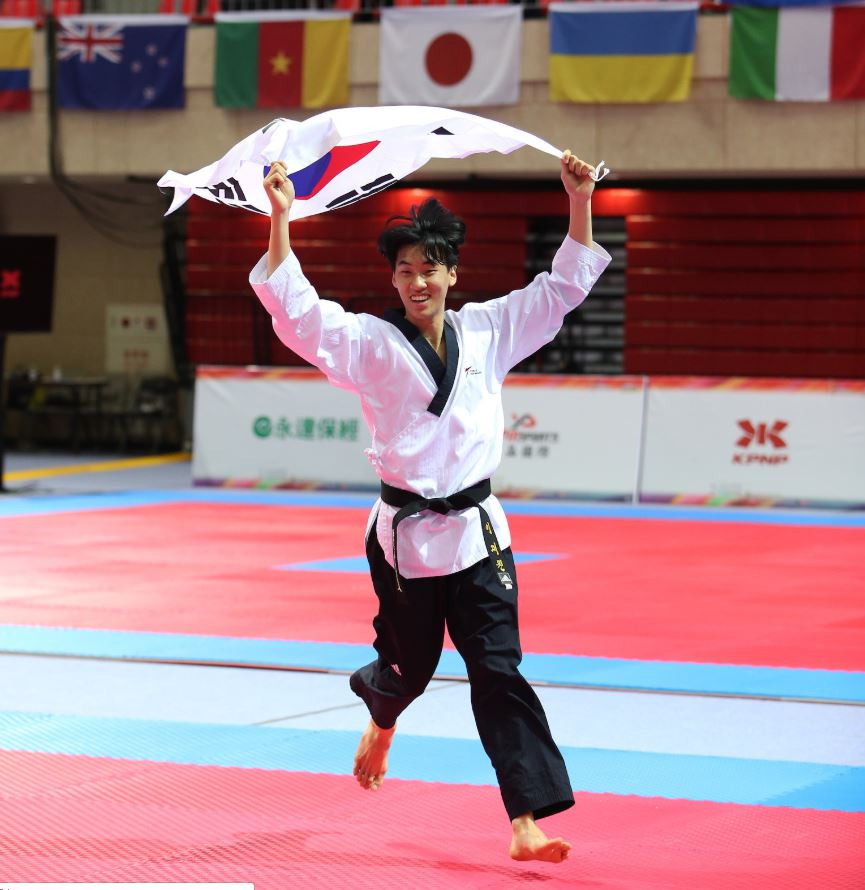 South Korea won another seven gold medals today at the World Taekwondo Poomsae Championships in Chinese Taipei, to continue their domination of the event.

Having won eight world titles yesterday, the country showed their strength once again today to claim a further seven from 11 different categories at the University of Taipei Gymnasium.

The first final of the day was one of the few in which South Korea did not win, with home athlete Chieh-Yu Li taking the title in the individual women's junior event, but it did not take long for the South Koreans to add to their medal tally.

South Korea's second gold of the day then came in the pairs cadet final, in which Chang-hyun Lee and Joo Yeong Lee triumphed over the home pair from Chinese Taipei, Jui Tse Yu and Yen-Yu Kuo, while their third title also came in a team event.

South Korea ended the day with four final wins in a row.

The last two finals of the day then once again saw South Korea triumph over Chinese Taipei, with Tae-Joo Na beating Yu-Han Lin in the men's over-17 event, before Jinman Kim and Yeowon Gwak beat Chia-En Su and Po-Kai Chen in the over-17 freestyle pair contest.

The Championships will end with a final day of action tomorrow.