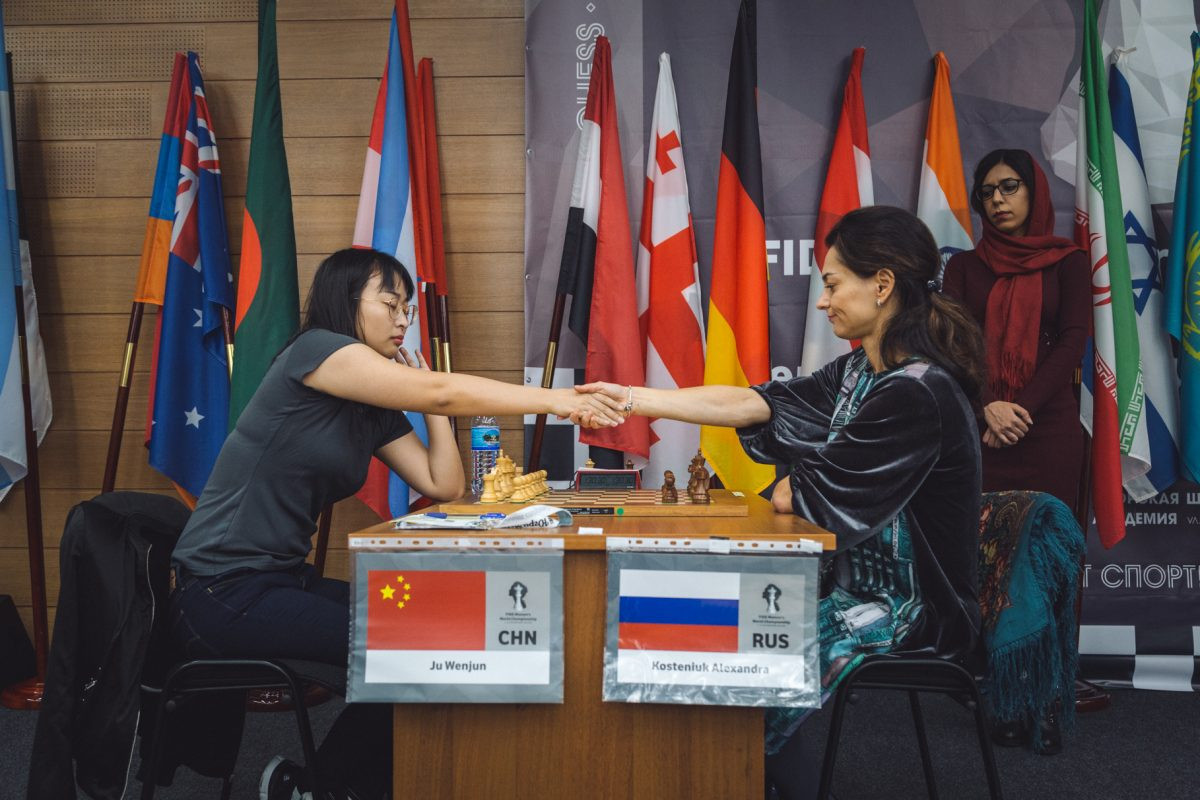 Defending champion Ju Wenjun progressed to the final of the Women's World Chess Championships in Khanty-Mansiysk.

The China player opened up a 1-0 lead over Russia's fifth-ranked Alexandra Kosteniuk at the Concert and Theatre Complex of the Ugra-Classic yesterday.

A draw in their second match proved enough to take the top seed into the final.

The pair will have to play a tie-break to decide who faces the favourite in the final.

Magnus Carlsen and Fabiano Caruana drew the sixth game of the FIDE World Championship Match and the score is 3:3. #CarlsenCaruana #CarlsenCaruana2018

The Norwegian appeared to be heading for defeat in the sixth match of the contest, with American challenger Fabiano Caruana seemingly in control.

Superb defence from the Carlsen led to the pair shaking hands on a sixth successive draw in the contest.

It leaves the duo locked at 3-3 at the halfway mark of the World Chess Federation-organised event at The College in Holborn.