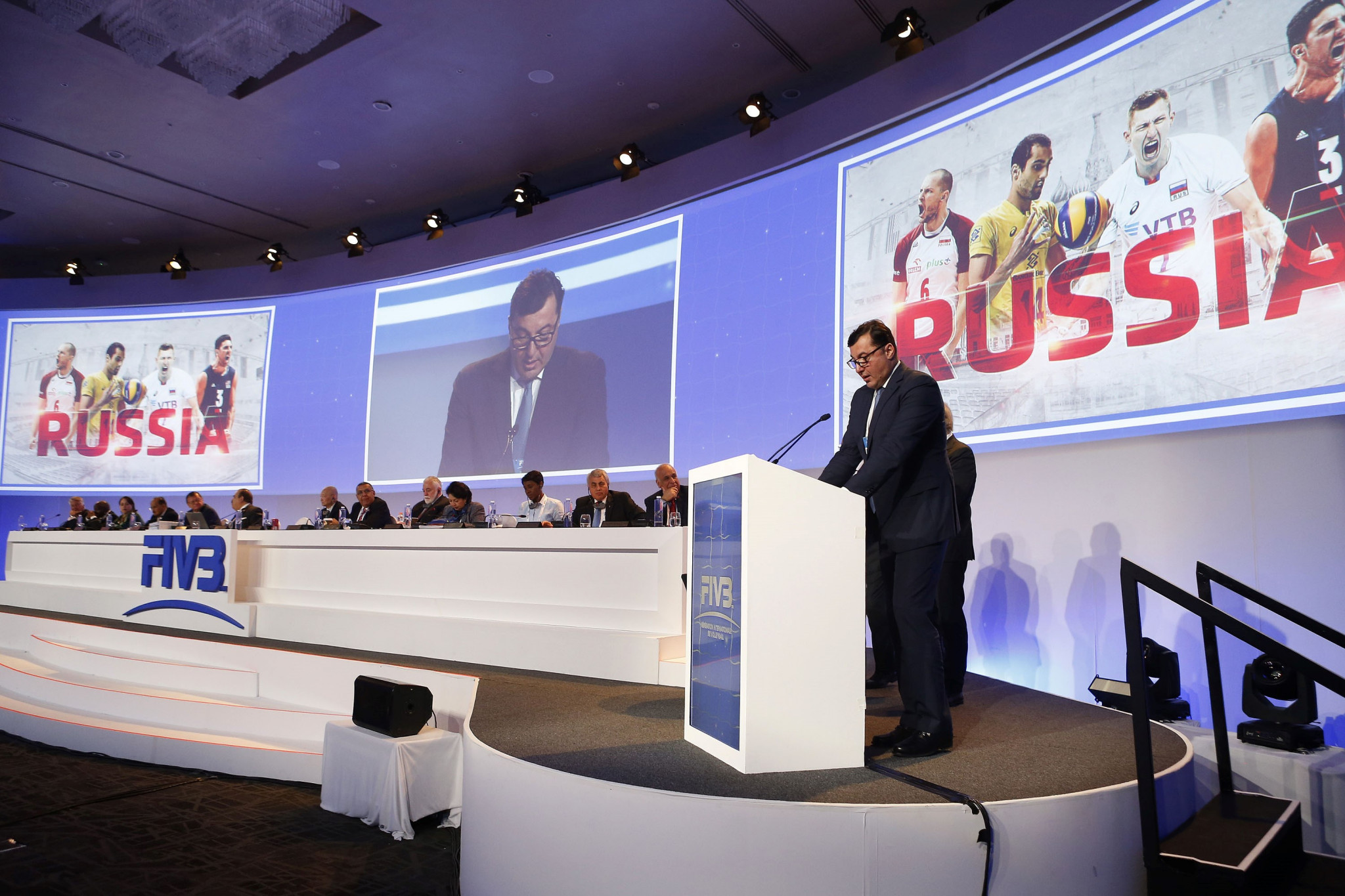 Russia's rapid rehabilitation after it was embroiled in a major doping scandal that led to the country's suspension continued today when they were awarded the 2022 International Volleyball (FIVB) Men's World Championships.

The event is the third major competition to be awarded to Russia since the ban of the Russian Anti-Doping Agency (RUSADA) was lifted in September, meaning International Federations could again begin awarding major events to the country.

FIVB President Ary Graça Fᵒ made the announcement in front of almost 200 National Federations at the world governing boy's 36th World Congress in Cancun in Mexico.

"We are very excited to be partnering with Russia for the 2022 FIVB Volleyball Men’s World Championship," Graça said.

"We have no doubt that Russia will deliver a world-class event in which the FIVB will present the latest technologies and advancements in fan entertainment, showcasing state-of-the-art volleyball competitions.

"After a very competitive bid process, the FIVB unanimously concluded that Russia’s bid was the best one for the global development of volleyball.

"It will allow us to inspire volleyball to the people in Russia, the surrounding region and around the world."

Volleyball has grown significantly in Russia in recent years, thanks partly to the great success of the men’s national team, the FIVB claim.

In contrast to some athletes like Canada's Olympic cross-country skiing champion Beckie Scott, who have criticised the decision to lift the suspension of RUSADA, the head of the FIVB Athletes' Commission appeared to have no problems giving a major event so soon after the country was accused and banned for being involved in a state-sponsored doping programme.

"We saw the excitement for volleyball after Russia won the VNL and we are already looking forward to hosting a great event that the entire volleyball family will enjoy," Gilberto "Giba" Amauri de Godoy Filho said.

"The decision to award the Men’s World Championship to Russia is another great step for the development of volleyball.

"The passion of the fans is incredible - I know that from my time as a player - and Russia has shown its quality for hosting spectacular major sporting events.

"I played in Russia for two years and I’m very happy to know that this great country is going to host the 2022 World Championship."

Although Russia has never hosted the tournament so far, the Soviet Union did so twice: in 1952 and 1962.

Russian Sports Minister Pavel Kolobkov claimed he had no doubt that his country's bid would be successful.

"Volleyball is very popular in our country, and stadiums are full when top-level domestic clubs are playing."

This year's FIVB Men's Volleyball Championships were held in Bulgaria and Italy with Poland beating Brazil 3-0 in the final to lift the title for the second consecutive tournament.