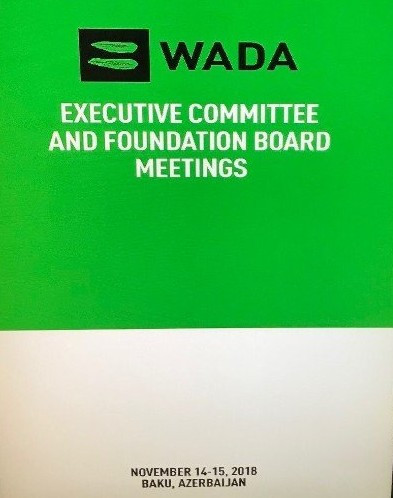 An investigation has concluded the alleged bullying of Beckie Scott by Executive Committee members did not take place but a second phase of inquiry will now be held owing to the "seriousness" of the accusations, the World Anti-Doping Agency announced here today.

In a statement, WADA revealed officials present at the fractious meeting in the Seychelles in September would be interviewed during the second part of the investigation.

The Executive Committee also decided not to pursue an overarching investigation into the general conduct of officials within WADA but said it would seek legal advice "to help determine a path forward".

A report outlining the findings of the initial probe conducted by an external review group was presented to the Executive Committee, which is meeting here today.

WADA claimed the report "did not conclude that the alleged bullying had taken place" following the claims made by Scott, who accused some Olympic Movement representatives of treating her with "disrespect" and of subjecting her to "inappropriate comments" at the meetings.

But the WADA Executive Committee decided further investigation was required, with an additional report due to be provided to the 12-member body "at the next opportunity".

The next meeting of the Executive Committee is not scheduled until early next year.

When RUSADA were reinstated despite her opposition, she resigned her position on WADA's Compliance Review Committee in protest.

Several athletes have rallied behind Scott after she went public with the allegations, while Edwin Moses, chair of the United States Anti-Doping Agency and the Education Committee, has since called for a broader investigation.

Nenad Lalovic, one of five Olympic Movement representatives on the Executive Committee, told insidethegames last month he supported the investigation but questioned why the Canadian Olympic cross-country skiing gold medallist did not come out with her claims sooner.

"While these findings did not conclude that the alleged bullying had taken place, the Executive Committee agreed that given the seriousness of the allegations, a second phase should take place to allow the many people present at the meeting to be interviewed so that the matter could be concluded satisfactorily," WADA said in a statement.

"This will now take place and a further report will be presented to the Executive Committee at the next opportunity.