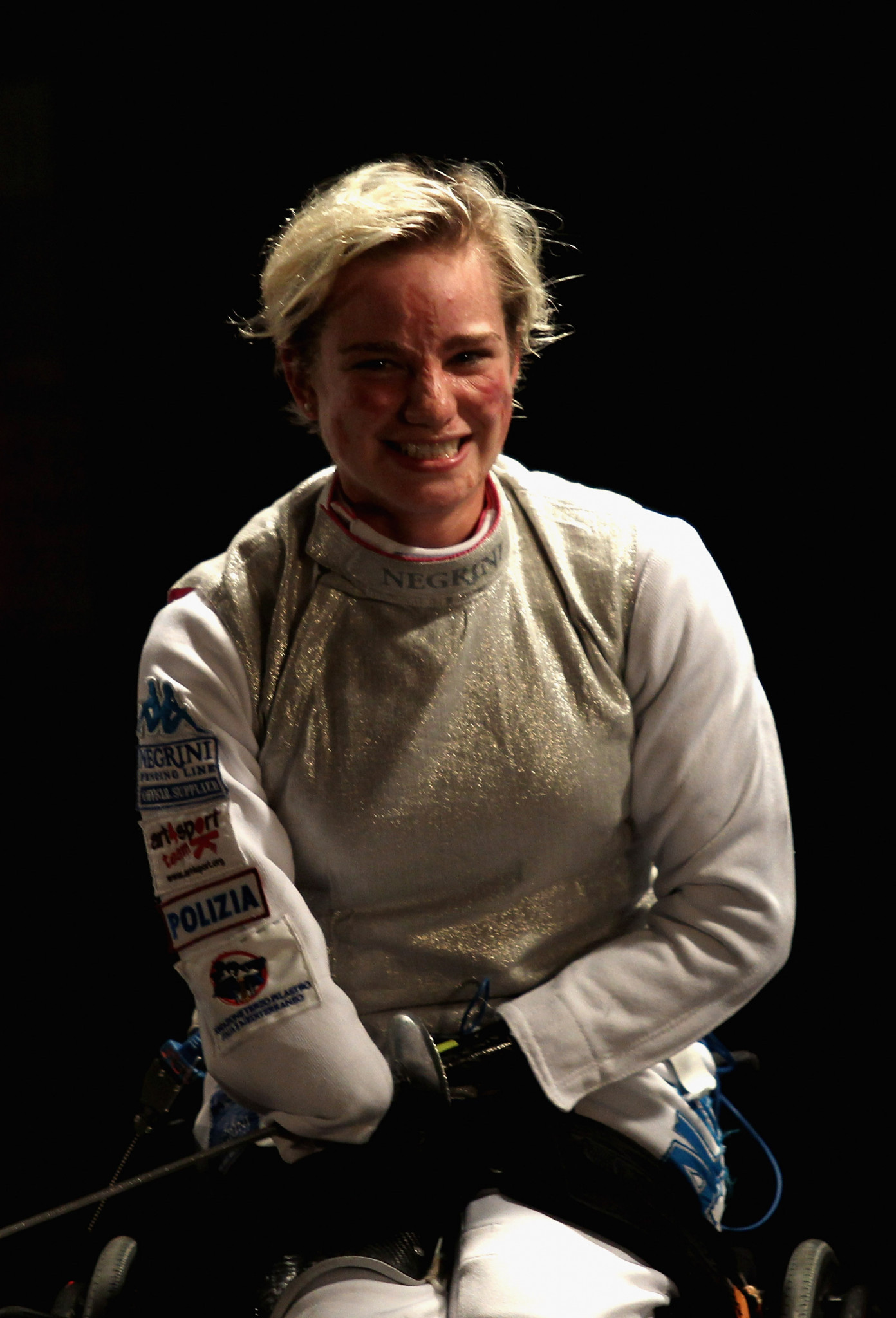 Beatrice Vio, Italy's Paralympic and world champion, earned her second gold at the Wheelchair Fencing World Cup in Tbilisi as she added women's team foil victory to her earlier individual foil B title.

The 21-year-old from Venice, who had both legs amputated from the knee and lost both her arms from the forearms as a result of meningitis in 2008, was part of a three-woman team with Andrea Mogos and Loredana Trigilia on the last day of the International Wheelchair and Amputee Sports Federation event.

Bronze was claimed by the Chinese team of Zhou Jingjing, a bronze medallist behind Vio in the foil B and also in the women's epee B, Bian Jing, winner of the epee A gold, Paralympic champion Zou Xufeng, who took a bronze in the epee A, and 19-year-old Gu Haiyan, winner of the foil A gold.

World and European champion Maxim Shaburov and Roman Fedyaev, respective silver and bronze medallists in the epee A class, Alexander Kuzyukov and Artur Yusupov were the victorious fencers.

The Championships were  the first event to take place in the qualification period for Tokyo 2020, with performances contributing to a rankings list that will determine qualifiers for the Paralympic Games.

Next up is the Wheelchair Fencing World Cup in Kyoto, Japan, from December 13 to 16.