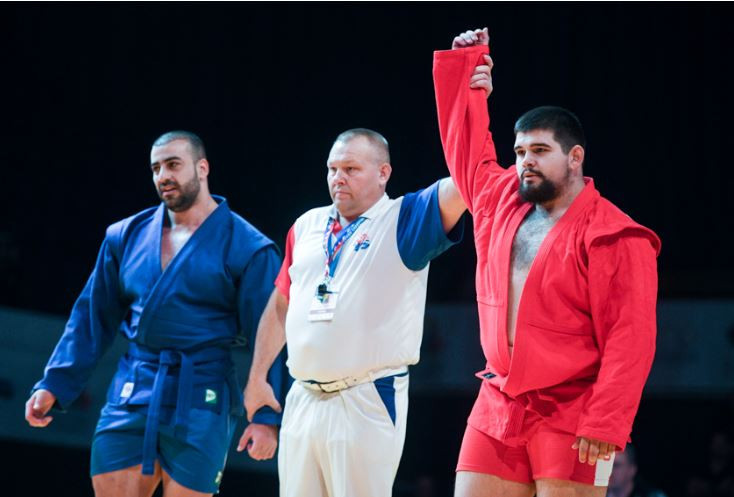 Russia won five more golds at the Sala Polivalenta Bucharest Sports Hall to finish the event with 15 titles in all.

They comfortably finish top of the medal table but started the final evening with a chance to win eight.

Three losses, in the women's over-90 kilograms final and the men's 82kg and 62kg sport sambo classes, meant they failed to match last year's medal haul of 17 golds.

Instead the silverware was more evenly distributed, with four other countries winning at least two golds, when last year there were only two that did so.

The first gold of the night went to France, in a victory President Shestakov later described as "a surprise".

In the women's 56kg final Laure Fournier initially went behind but came back to beat Anastasia Arkhipava from Belarus 5-2.

In that division Russia could only manage bronze through Tatyana Kazenyuk, with the other bronze going to Azzaya Chintogtokh from Mongolia.

In the second final Tajikistan then won their first gold of the Championships.

Khusqadam Khusranov beat Russia's Ruslan Bagdasarian 2-1 and celebrated by doing an elaborate cartwheel and somersault on the mat.

In that division the bronze medals were won by Savvas Karakizidis from Greece and Ukraine's Dmytro Ievdoshenko.

Russia did then pick up the next two golds in a row, as Rodion Askanakov beat Armenia's Grigor Mkhitaryan by stoppage in the 52kg combat final before Marina Mokhnatkina stopped Croatia's Lucija Babic in the women's 68kg contest.

They could not win three in a row as Sergey Kiryukhin lost 3-1 to Georgia's Besarioni Berulava in the men's 82kg sport sambo final.

Georgia won their fourth gold of the Championships as Elene Kebadze beat Russia's Anna Balashova in the women's over-80kg final, but it was the Russians who had the last word.

Artem Osipenko won them their 14th gold in the penultimate final in the men's over-100kg sport sambo contest before the Championships ended with Magomed Magomedov cruising to 90kg combat gold.

With the action over, a very brief Closing Ceremony was held in which the FIAS flag was handed to the President of the South Korean Sambo Association Chongkeum Moon, with the 2019 World Championships due to be held in Seoul.