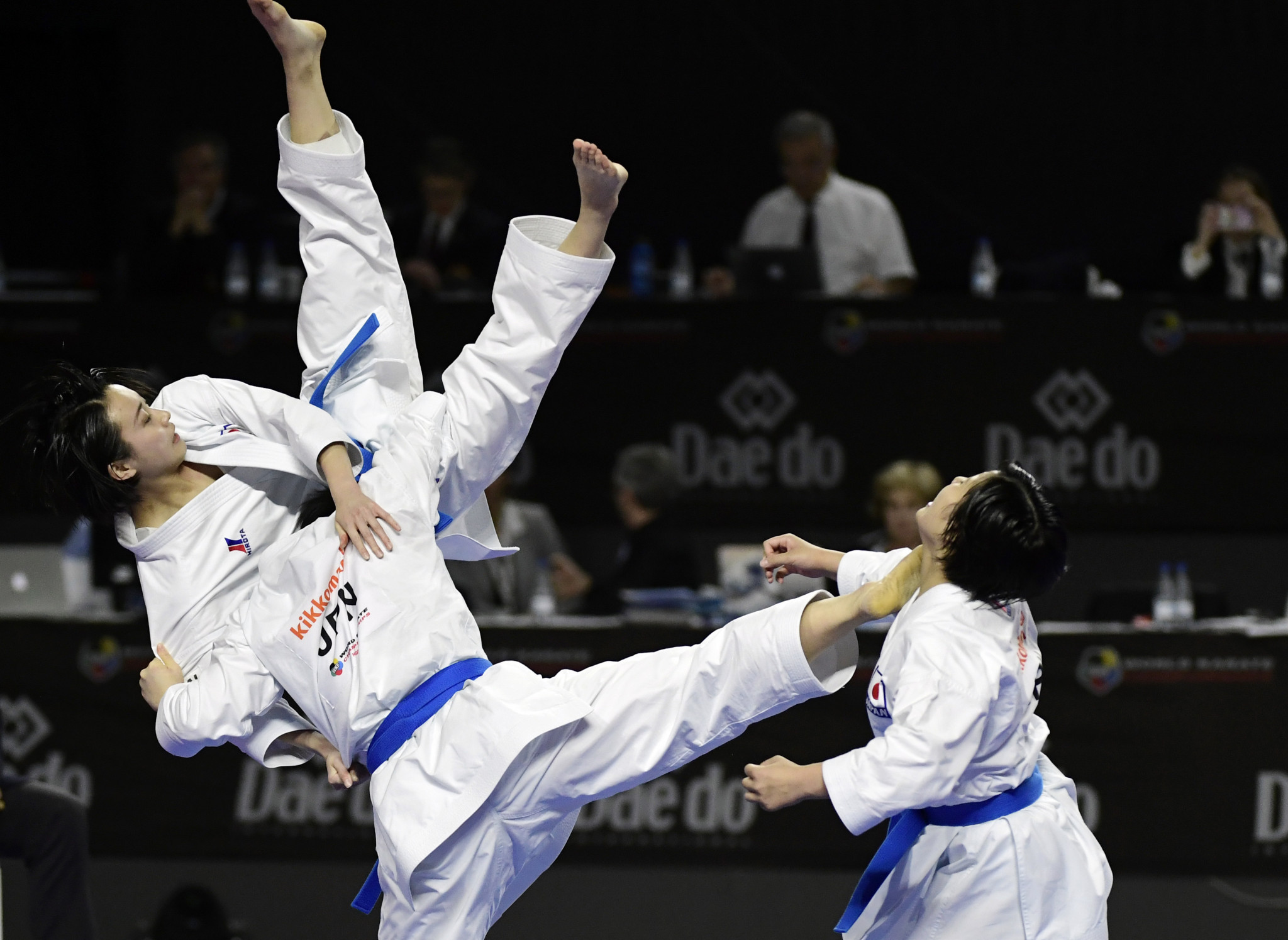 Japan sent another warning of their strength in the kata disciplines prior to the Tokyo 2020 Olympic Games as they retained their men's and women's team titles with dazzling displays on the final day of the Karate World Championships here.

Turkey were unable to follow suit in the men's team kumite final as they were dramatically dethroned by a comeback victory from Iran.

Ryo Kiyuna, who sealed a third consecutive individual world crown yesterday, spearheaded Japan to a commanding 5-0 triumph over Spain in the men's final to secure his second gold medal of the event.

Kiyuna, Arata Kinjo and Takuya Uemura produced a thrilling demonstration of karate's expressive discipline to defend the title they claimed at the 2016 World Championships in Linz.

Spain, comprised of Sergio Galan, José Manuel Carbonell and Francisco Salazar, were also impressive and laid down a considerable marker for the formidable Japanese team to beat.

But it was never going to be enough to overcome the Japanese squad, who were awarded the bout by all five judges on the tatami.

They earned a comprehensive 5-0 victory in their final, also against Spain, denying the home nation the chance to add to Sandra Sanchez's individual success yesterday.

Spain, represented by Marta García, Lidia Rodríguez and Raquel Roy, received a warm ovation from their home crowd despite the defeat.

Their emotions afterwards demonstrated acceptance rather than disappointment, while the Japanese team could not hold back their tears of joy.

Bronze medals in the men's division were earned by Iran and Italy, while Italy and Turkey earned podium finishes in the women's competition.

Turkey made a bright start to the men's team kumite final, leaving Iran with a mountain to climb by winning the first two encounters.

Iran claimed victory in the third to give themselves hope and levelled shortly after, before the turnaround was complete in the fifth and final bout.

Italy and Japan were the recipients of the bronze medal.

Spain had the honour of clinching the last title of their home World Championships as Isabel Jiminez reigned supreme in the women's wheelchair competition, defeating Russian opponent Marina Kulikova in the final.

Isabel Cavrioli's bronze continued the streak of third-place results for Italy on the concluding day of action.

Following the end of the action, the World Karate Federation flag was officially passed to Dubai, hosts of the next Karate World Championships in 2020.