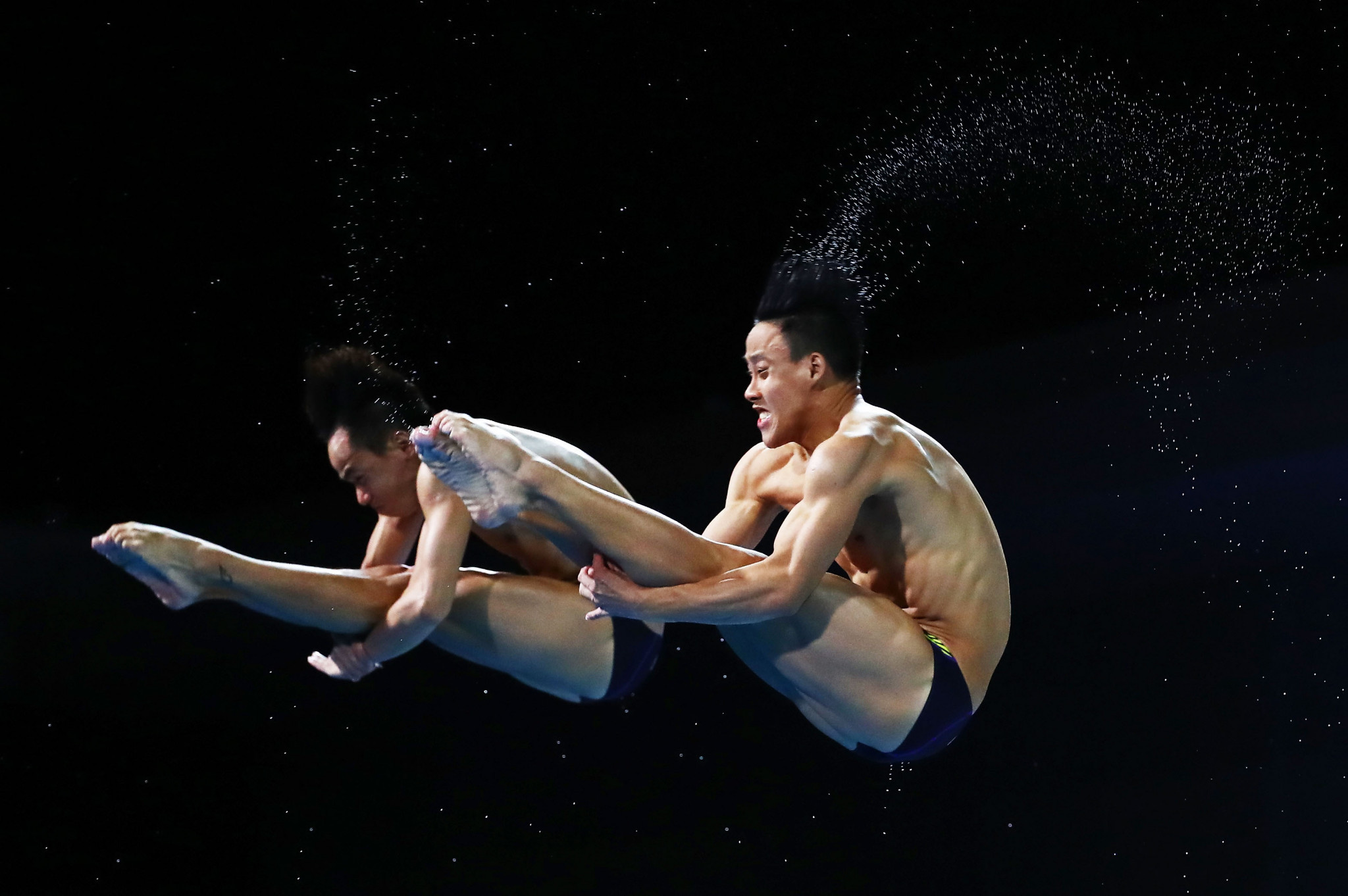 Alongside his partner Syafiq Puteh, the former Commonwealth champion scored 368.64 points to win in home water at the National Aquatics Complex in Bukit Jalil.

Afterwards Puteh told the New Straits Times he was relieved it had gone so well.

"I managed to execute the difficult routines with Tze Liang," he said.

"It took me a month to prepare for this tournament.

"I forced myself to try out higher degree of difficulty dives."

Elsewhere in the day's action, China's Ma Tong won the women's individual 3m springboard event with a score of 287.95.

She beat Kimberly Bong from Malaysia - who scored 262.25 - into the gold medal position while Australia's Kate Rosman won the bronze with 261.35.