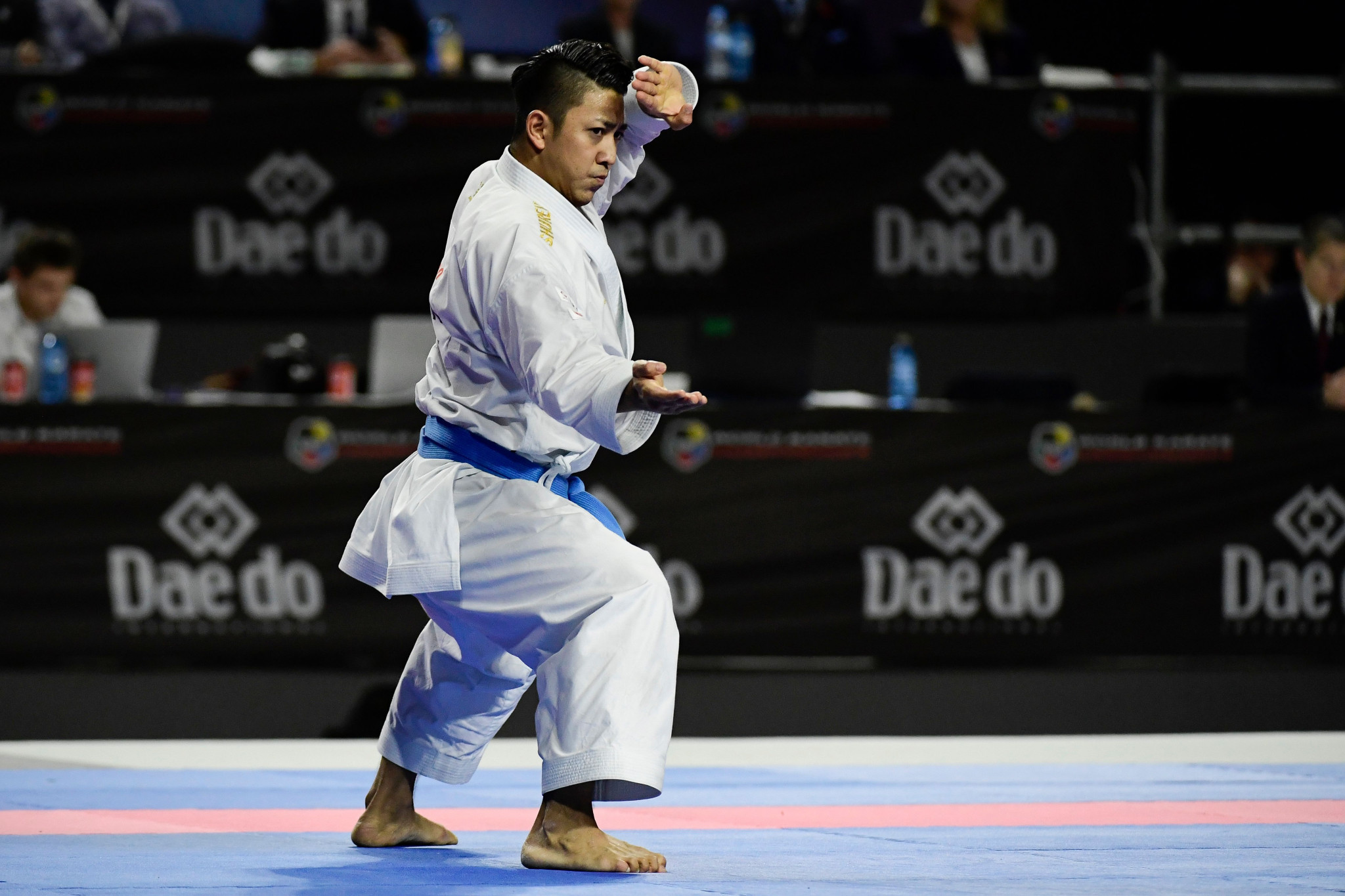 Kiyuna lived up to his billing as the red-hot favourite by recording a comfortable 5-0 victory over Damian Quintero of Spain in the final.

The triumph for the world number one saw him maintain his monopoly of the kata discipline at the World Championships as he added 2018 gold to the titles he claimed in 2014 and 2016.

His victory came after Sanchez, backed by a raucous partisan crowd inside the venue, edged Kiyuna's compatriot Shimizu to in a closely-fought women's final.

Sanchez may have thought her chances of standing atop the World Championships podium were over but the 37-year-old produced a calm and composed routine to edge Shumizu, seeking a third straight gold medal, by a 3-2 split decision.

The verdict from the referees gave the Spaniard a rare victory over Shimizu, who will aim to avenge this defeat when the duo inevitably clash at the Tokyo 2020 Olympic Games.

Japan claimed one more title on the opening day of finals as Miho Miyahara upset world number one Serap Özçelik of Turkey 3-1 in the women's under-50kg kumite category.

A visibly emotional Eleni Chatziliadou of Greece avenged her defeat to Ayumi Uekusa in Linz two years ago with a 3-0 triumph in the final of the under-86kg competition.

Lea Avazeri, Leila Heurtault, Andrea Brito and Laura Sivert then inflicted another defeat on Japan, securing their fourth straight gold medal in the team event with a 2-0 win.

Naoto Sago, himself considered an exciting prospect for the future, was another Japanese silver medallist as he met his match in the form of Angela Crescenzo at under-60kg as the Italian was on the right side of a 5-2 scoreline.

The success for the French quartet came after compatriot Steven Dacosta was crowned world champion in the under-67kg category following a pulsating final which provided endless entertainment for the spectators in the crowd.

In a rollercoaster contest, 21-year-old Dacosta eventually emerged with a 6-5 victory to condemn Brazilian Vinicius Figueira to the silver medal.

Several upcoming stars also demonstrated their potential on the world stage as Serbian Jovanna Prekovic built on her superb form in the qualification rounds with an 8-5 win over China's Xiaoyan Yin in a high-scoring under-61kg affair.

Irina Zaretska of Azerbaijan, already a Karate-1 Premier League grand winner at the age of 22, triumphed at under-68kg.

Zaretska was declared the victor by the judges after her clash with Russian Victoria Isaeva ended 1-1 following the conclusion of regulation time.

Twenty-one-year-old Dorota Banaszczyk of Poland recorded one of the upsets of the day when she dispatched world number seven Jana Bitsch of Germany 2-0 in the final of the under-55kg division, while Ivan Kvesic of Croatia was awarded the under-84kg crown after Ukrainian opponent Valeri Chobotar was unable to compete.

Germany’s Helga Balkie was the recipient of gold in the women's visually impaired division as she beat Debora Knihs of Brazil in the final, while Russian Alexandra Meteleva did enough for bronze.

To relive the entire day's action, check out our Live Blog here.