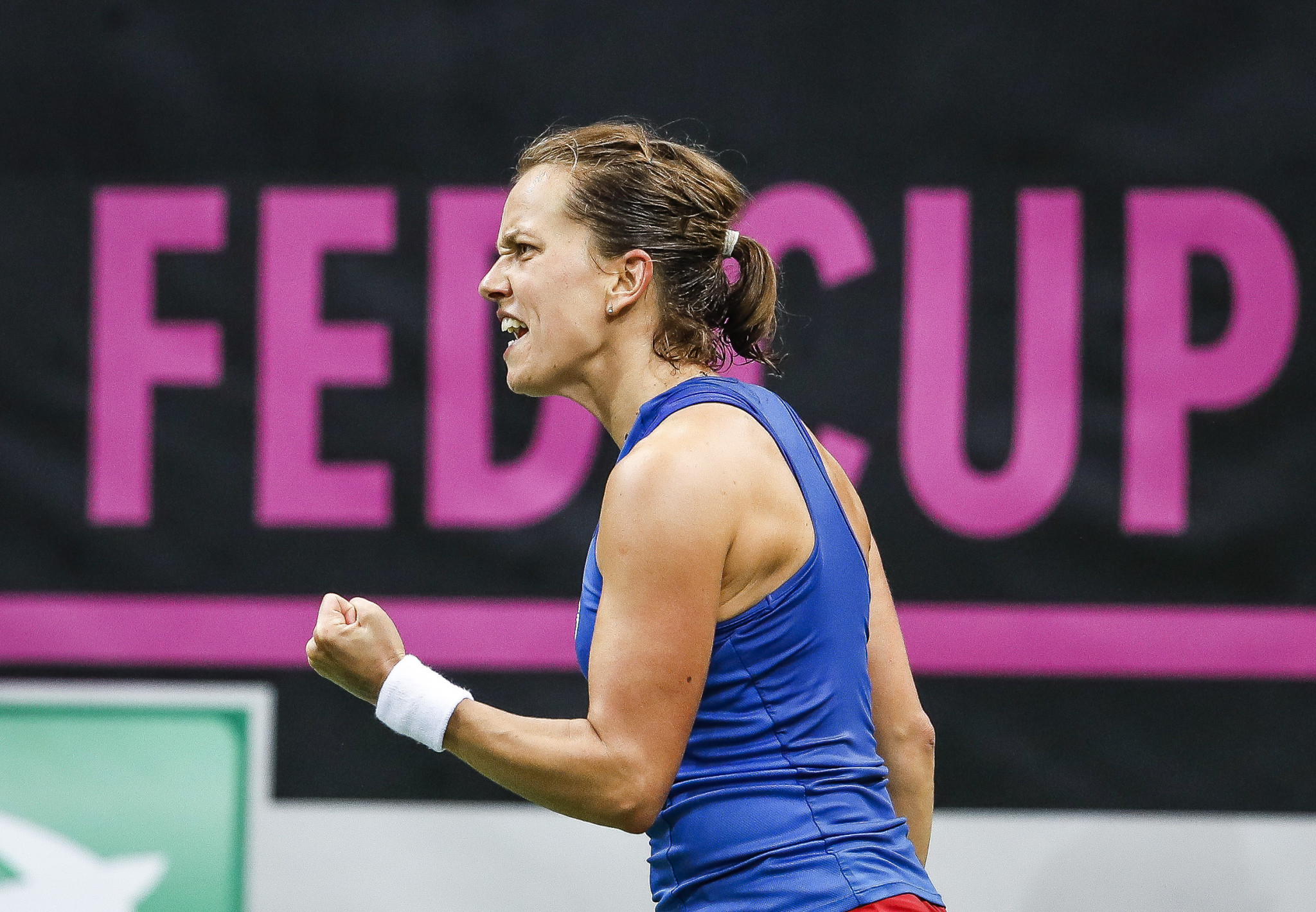 The Czech Republic took a 2-0 lead over defending champions the United States as the Fed Cup Final got underway at Prague's O2 Arena.

Barbora Strycova recovered from a set down to open the scoring for the Czech team on home soil in the race to three.

Her opponent Sofia Kenin won the first set tiebreak to lead the match, but Strycova fought back in the second and third sets to win 6-7, 6-1, 6-4.

The 32-year-old Czech player was more dominant at the net and her stronger serve helped see off the young American.

With the Czech Republic ahead, Katerina Siniakova took to the court to face Alison Riske of the US.

Ahead of the match, Siniakova had won two of the three previous encounters between the two and added to her tally as she took the win in one hour 38 minutes.

The Czech player won 72 per cent of points from her first serve, including five aces, on her way to a 6-3, 7-6 victory.

Two more singles rubbers and a doubles are scheduled tomorrow, if required.

The Czechs are hoping for a sixth title in eight years.