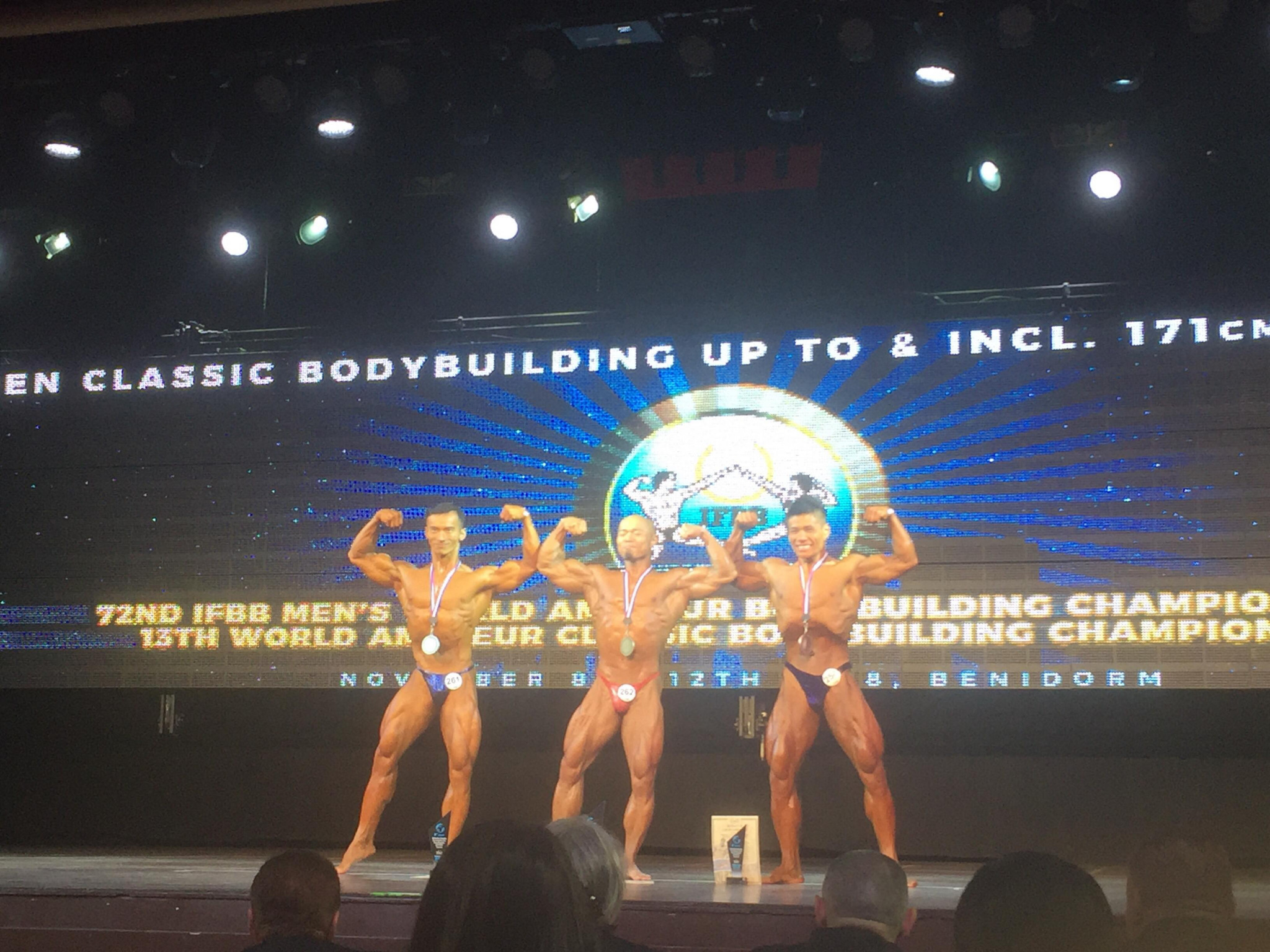 China and Iran won three gold medals apiece on the opening day of the International Federation of Fitness and Bodybuilding World Bodybuilding Championships at the Benidorm Palace here in the Spanish seaside resort.

China's third gold medal came in the men's physique 179cm final, a category which was part of the first Men's Physique World Cup.

In the physique discipline, the athletes wear brightly coloured board shorts and only perform four quarter turns without having to also perform compulsory poses.

Liu was then announced as the overall champion of the men's physique categories, becoming the first ever winner of the Men's Physique World Cup.

Iran also have three gold medals to their name, the first coming from Vahid Badpi of Iran who was victorious in the men's classic bodybuilding 175cm category, beating South Korea's Jehyung Ryu and Pshdar Abdalla of Iraq.

Badpi was then named the overall winner of the classic bodybuilding event.

Badpi was then named the overall winner of the classic bodybuilding event.

Slovakia's Peter Tatarka was named the overall winner of the men's classic physique, which had only been announced by the IFBB as an official discipline in June.

He had won the +175cm category, beating Yevhenii Mykhailenko of Ukraine and Ecuador's Andres Borja to do so.