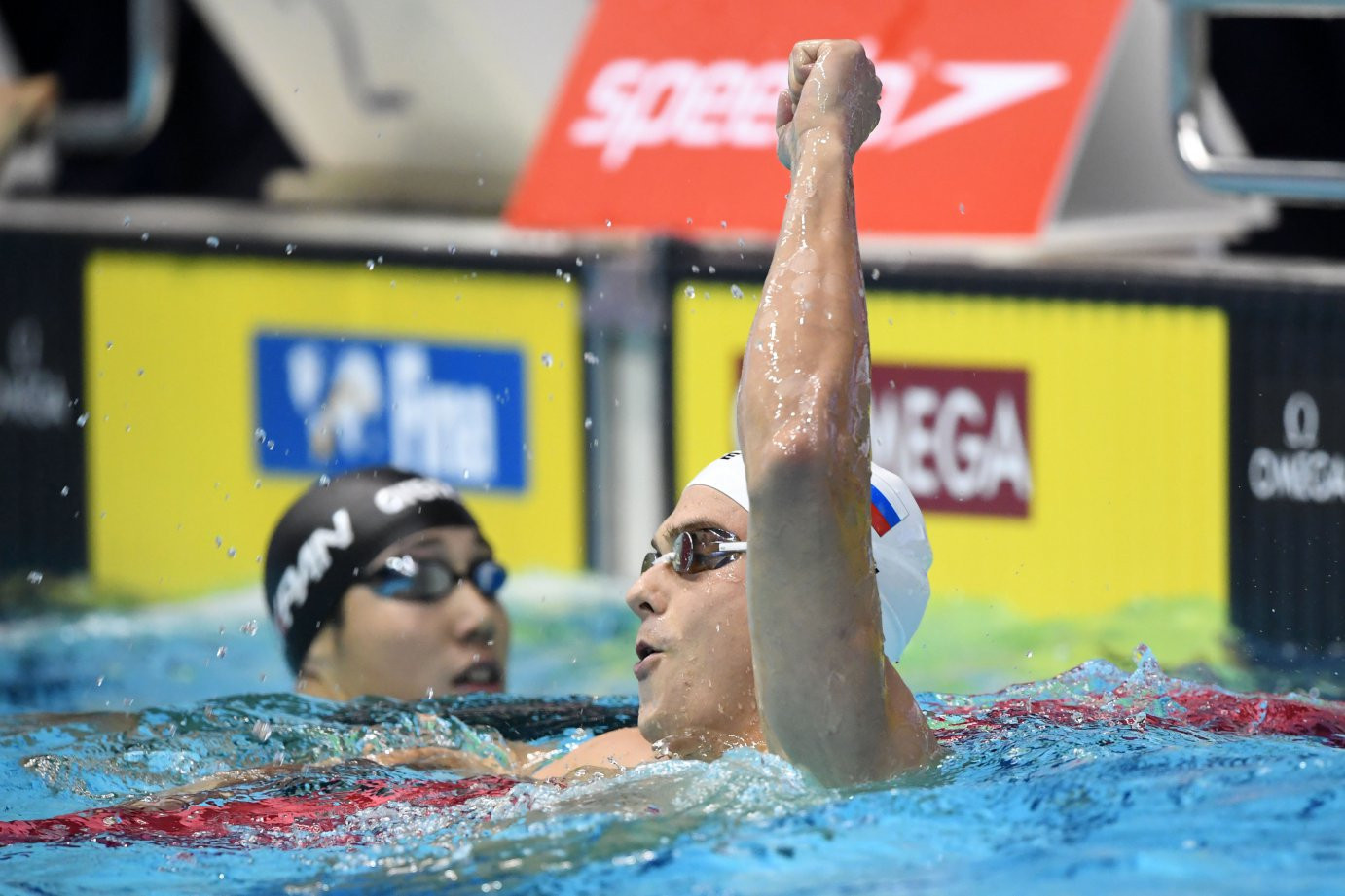 Vladimir Morozov excelled on the first day of the International Swimming Federation World Cup in Tokyo as he won two golds, equalling a world record and setting a World Cup record in the process.

The Russian won the men's 100 metres individual medley in 50.26sec at the Tokyo Tatsumi International Swimming Centre, equalling the world record he set in the Eindhoven leg of the World Cup.

He then won the 50m freestyle in 20.49, a World Cup record, against a field that included Australia's Rio 2016 champion Kyle Chalmers.

It means the Russian has extended his overall lead in the men's World Cup standings.

Hosszu finished in 57.25 to win the women's 100m individual medley, with the Swede just 0.03sec behind and home swimmer Rikako Ikee of Japan taking third place in 58.17.

The Hungarian also won the women's 200m butterfly in 2min 3.00sec at what is the penultimate event in this year's World Cup series, with only the finale to come in Singapore.

Sjostrum, however, maintained her lead in the overall women's World Cup standings after winning the 50m freestyle in 23.26 as she held off the challenge of Ranomi Kromowidjojo of The Netherlands.

"I had a lot of fun and it was a very close race with Katinka Hosszu," said the Swede.

"I will swim much faster in Singapore.

"Anyway, I am happy with my result and am excited to race again tomorrow."

Femke Heemskerk of The Netherlands won the women's 400m freestyle in 4:01.29.

In the women's 50m backstroke, Kira Toussaint defeated Dutch compatriot Ranomi Kromowidjojo by 0.03 as she won in 26.21.