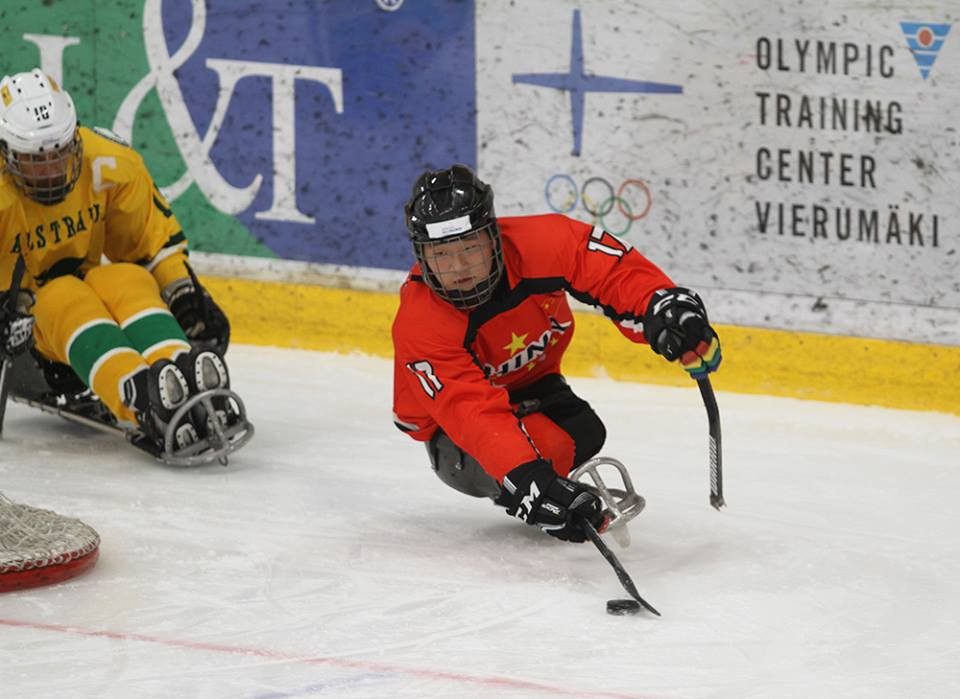 China marked their international debut in style by brushing aside the challenge of Australia at the World Para Ice Hockey Championships C-Pool in Vierumaki today.

The two nations had come into the tournament as unknown quantities as both are making their international bows.

Australia’s debut ended in a 6-1 loss to Finland yesterday but China’s first tie proved one to remember.

The Chinese team stormed into a 14-0 advantage after the opening period of the match.

They refused to ease up in the second period, with a further 15 goals scored.

A comprehensive victory was completed after the third period, as the Chinese squad sealed a 40-0 win.

Having overcome a developing Para ice hockey nation in Australia, China’s own progress is set to come under scrutiny tomorrow when they face Finland.

It will be the last of the three matches to be held in a round-robin format.

The winners of the fixture will finish first, earning promotion to the 2019 B-Pool tournament in the process.

That, in turn, means the opportunity of reaching the A-Pool.

The A-Pool event will offer the chance for teams to qualify for the 2022 Winter Paralympic Games in Beijing.