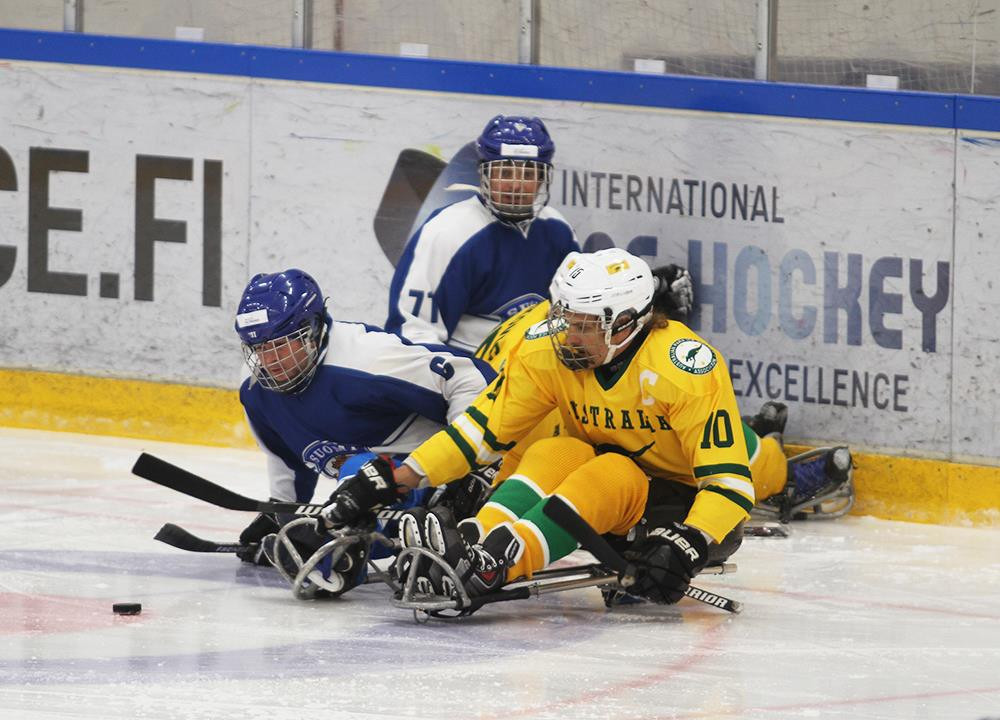 It was the first of three matches to be held in a round-robin format with the side finishing first gaining promotion to the 2019 B-Pool tournament.

That, in turn, means the opportunity of reaching the A-Pool which provides a path to the 2022 Winter Paralympic Games in Beijing.

Australia and China, the one other country taking part, are both competing in a major international tournament for the first time.

"It was a must-win situation for us as it was their first match ever," Finland's Lasse Pakarinen said.

"So we kind of got what we wanted.

"Maybe in the second period, instead of they getting tired, they got a bit better in the game and got few breakaways.

"I must say, they played really really well for first-timers."

Jarred Liddicoat scored what was a historic solitary goal for Australia.

"I’m happy to get that goal but I’m happy for our team as well.

"I thought we played well together and I’m happy with that result.

"In the first five to 10 minutes they came at us pretty hard, but once we got used to it, it was okay."

China are due to face Australia tomorrow before Finland go up against China on Thursday (November 8) to conclude the tournament.