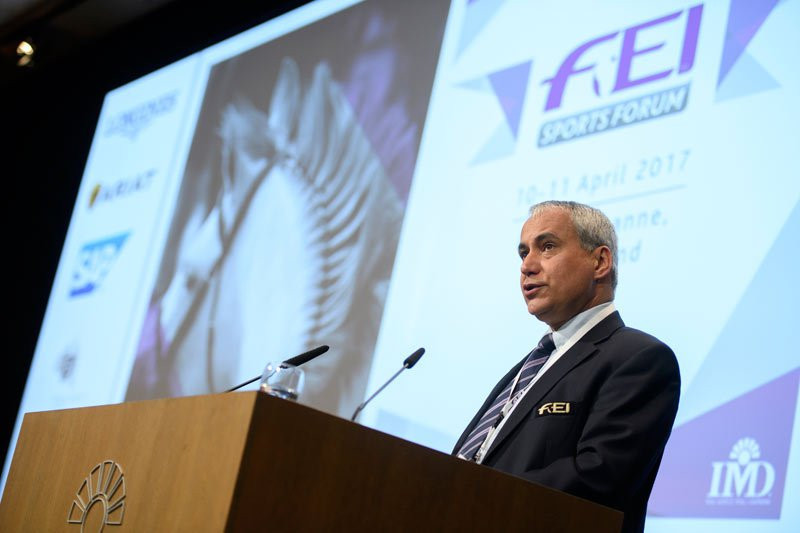 Baumann had served as President of GAISF until the Swiss official’s sudden death at the age of 51 last month following a heart attack at the Summer Youth Olympic Games in Buenos Aires.

It was confirmed last week that President of the Association of International Olympic Committee Recognised Federations (ASIRF) Raffaele Chiulli will lead the organisation until next May where a permanent successor will be elected at SportAccord in Gold Coast.

While the Italian will serve as the figurehead, De Vos has been appointed as Baumann’s replacement on the GAISF Council.

His appointment comes with three members of the Association of Summer Olympic International Federations (ASOIF) featuring on the Council.

De Vos, running unopposed for a second term as FEI President and a member of the International Olympic Committee, now takes the third ASOIF position.

Baumann’s term as GAISF President had been due to conclude in 2020, where a statute change would have seen the Presidency be rotated on a two-year basis.

insidethegames understands a motion could be put forward at SportAccord for the rotating presidency to begin in 2019.

This would see an ARISF representative serve as president until 2021, with Chiulli expected to be endorsed to take up the post on a full-time basis.

An AIOWF representative would then become the next president, followed by AIMS and then ASOIF.

GAISF have also confirmed the appointment of their current head of administration Philippe Gueisbuhler as the organisation's director.

Baumann had also been due to finish his second and final term as an ASOIF Council member next year.

An election is set to be held at SportAccord to decided his replacement on the Council, along with Casado, whose second term will come to a close.

Perurena’s first term will also conclude, but the Spaniard will be eligible for re-election in Gold Coast.