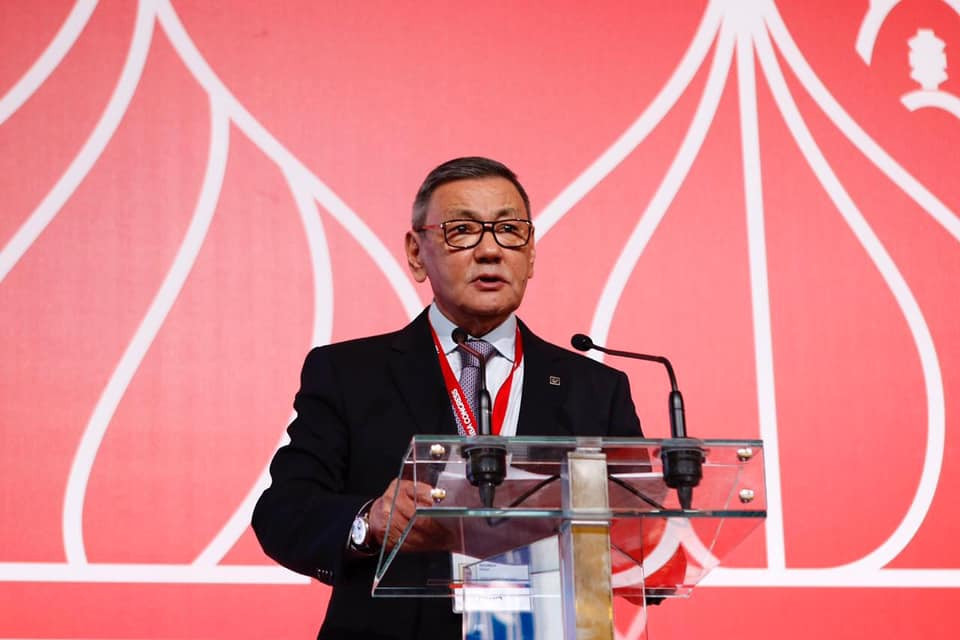 A lawyer for newly-elected International Boxing Association (AIBA) President Gafur Rakhimov has claimed he is the victim of "persecution" by the former Government in Uzbekistan and is confident he will eventually have his name cleared.

But Guy Martin, head of international law for London-based Carter-Ruck, warned that it could be a "long and labourious process".

Rakhimov was listed in 2012 by the United States Department of the Treasury among the main members of a criminal organisation consisting of immigrants from the former Soviet Union's Brothers Circle.

They alleged that Rakhimov helped the thieves-in-law group to "resolve issues" with law enforcement agencies, organised meetings and solved other problems.

In December 2017, the Office of Foreign Assets Control of the United States Department of the Treasury (OFAC) included Rakhimov on its sanctions list as part of the fight against the Eurasian transnational criminal group.

"Rakhimov has been described as having moved from extortion and car theft to becoming one of Uzbekistan's leading criminals and an important person involved in the heroin trade," the Treasury said.

Rakhimov has employed Carter-Ruck in a bid to get his name taken off the list.

Carter-Ruck are working with Ferrari & Associates, P.C., a Washington D.C.-based law firm that describes itself as "thought leaders in the field of US economic sanctions", on the case.

"I want to make it very clear to you that when OFAC list somebody that is not a finding of criminal guilt," Martin told insidethegames.

"It is very important everyone understands that.

"Nor is it a finding that there is enough evidence for criminal guilt that would satisfy a court.

"OFAC have no stipulated standard of proof.

"They can list somebody simply on the basis of a newspaper article or what's on the internet.

"Gafur has never been charged with any offence.

"He has not been indicted, let alone convicted of any offence.

"You would have thought that after six years if there was sufficient evidence to pursue him in the courts that would have been done by now.

Rakhimov has always claimed he is innocent of any criminal activity and that the campaign to discredit him was financed by the daughter of the former President of Uzbekistan Gulnara Karimova.

He fled his homeland in 2010 after officials under authoritarian former leader Islam Karimov reportedly seized one of his firms which was engaged in a lucrative import-export business.

Rakhimov's name later appeared briefly on a wanted persons list published on the website of the country's Interior Ministry.

He was wanted for alleged offences including money laundering and large-scale fraud.

But that notice was removed from the Ministry's website and in July Rakhimov was allowed to visit Uzbekistan's National Olympic Committee in the capital Tashkent.

"Gafur was a victim of prosecution by the former Uzbek Government and certain members of the family of the former Government," Martin said.

"We have been doing a lot of research with organisations in Uzbekistan and Russia and Interpol.

"In each case we have letters from them saying that they have no case against our client whatsoever."

AIBA executive director Tom Virgets claimed during the world governing body's Congress in Moscow last Friday (November 2) that Rakhimov "hoped to get his day in court in three or four months".

Martin, though, admitted he did not believe it would be that quick.

"That is ambitious and optimistic based on my knowledge," he told insidethegames.

"We are engaging with OFAC but it is a very long and labourious process.

"Obviously we are pushing for it to happen as quickly as we can.

The International Olympic Committee (IOC) have made their opposition on the election of Rakhimov publicly known and warned that it could jeopardise boxing's place on the Olympic programme at Tokyo 2020.

Rakhimov is not expected to be among participants at the IF Forum, due to start here today with a keynote address from IOC President Thomas Bach.

A further problem for Rakhimov are reports in the Japanese media that the Government will refuse him a visa for Tokyo 2020 because he allegedly previously had ties with the late leader of a yakuza group linked to the Yamaguchi-gumi organised crime syndicate.

The Mainichi newspaper reported that the Japanese Government would not issue any visa to Rakhimov while he remained the subject of sanctions in the US.

AIBA did not respond when contacted by insidethegames on the latest allegations.