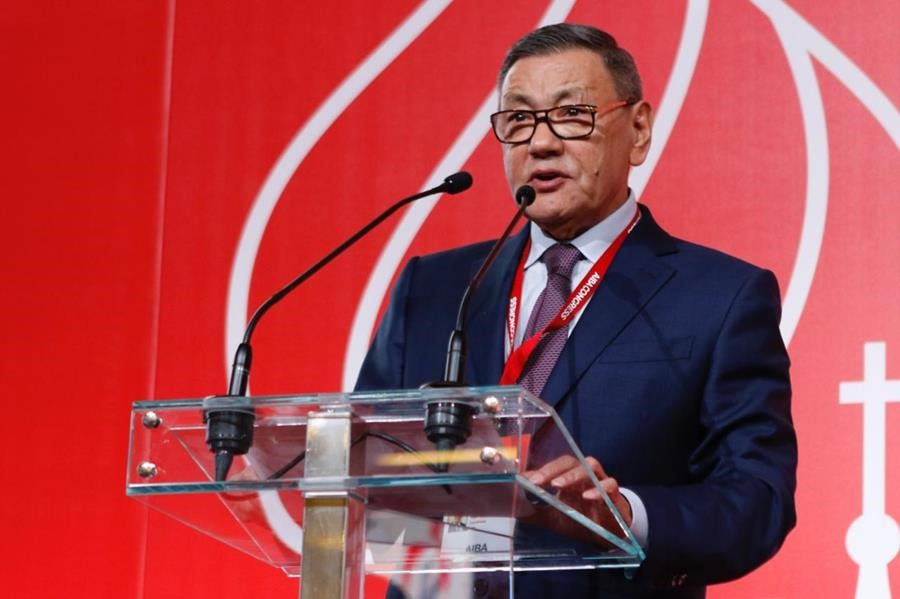 Gafur Rakhimov has heralded his election as International Boxing Federation (AIBA) President is an "important step forward" despite the sport's Olympic future now being at risk.

The Uzbek defeated sole rival Serik Konakbayev in an election at the AIBA Congress in the Russian capital yesterday, receiving 86 out of 134 second round votes to claim an overwhelming victory.

It means that AIBA delegates ignored a clear warning from the International Olympic Committee (IOC) that electing Rakhimov - described as "one of Uzbekistan's leading criminals" - could see the organisation suspended.

"The IOC has made it clear from the outset that there are issues of grave concern with AIBA regarding judging, finance, the anti-doping programme and with governance - which includes but is not limited to the election of the AIBA President," IOC spokesman Mark Adams said following the verdict yesterday.

Rakhimov denies any wrongdoing and has claimed to have "listened and learned" from the Olympic Movement.

He has suggested that he could step aside as President for a limited period to avoid putting the sport's Olympic place at Tokyo 2020 in jeopardy.

"Today has been a great day for AIBA and it represents an important step forward for boxing," the Uzbek said in a statement released this morning.

"I am honoured to have been elected as the President of AIBA, and I want to thank the AIBA family for their trust and for allowing me to continue leading this great organisation.

"I am confident that, together with my new AIBA Executive Committee members, the AIBA staff and the national federations, we will be able to continue on the progress made in bringing boxing into a new era."

Suspension of AIBA would mean they would not be involved at Tokyo 2020 but an Olympic boxing tournament could still be run by another organisation.

How this would work is yet to be determined but Konakbayev is a potential candidate for a role in any breakaway group.

He claimed he has already arranged to travel to Lausanne next week to hold talks with the IOC.

The position with AIBA is set to be top of the agenda when the IOC Executive Board is due to hold its next meeting in Tokyo between November 30 and December 2.

"Today has also given the entire boxing world a boost of positive energy to work even harder for the development of our sport worldwide," Rakhimov added.

"This is something that we needed, as it is no secret that we have been battling with challenges on many fronts.

"And we are still facing certain pressures.

"But from today, we are more confident and more determined than ever to bringing our sport back to where it deserves to be.

"I mentioned earlier that there are two points that we need to focus on: the future of AIBA in the Olympics and the tuture of AIBA as an organisation.

"As an organisation, we at AIBA have made huge progress.

"We moved forward in our transparency, our governance, our statutes, our refereeing and judging rules, our anti-doping and our finance procedures.

"I am proud to say that we are compliant across the board."

Rakhimov added: "But we don't want to stop there, we want to be better.

"We want to be a model organisation, and we are well on our way to making this happen.

"We are committed to continue improving in any area you feel we should improve.

"I hope that you also view the outcome of the last two days as a confirmation of our commitment to the Olympic Movement and the Olympic values."

AIBA has been in a rocky period since Taiwan's CK Wu stepped down as President last December following allegations of mismanagement.

Italy's Franco Falcinelli took charge on an interim basis but relinquished the role in January and was replaced by Rakhimov.

The Uzbek has claimed that AIBA was on the brink of bankruptcy until he took over as Interim President 10 months ago.

In the build-up to yesterday's election, Falcinelli was suspended from all of his roles in the sport following a letter he sent calling on members of the AIBA Executive Committee to back Konakbayev's candidacy.

However, the District Court of Lausanne ruled that the European Boxing Confederation head should still be eligible to stand for the continent's vice president role and he was duly elected in Moscow.