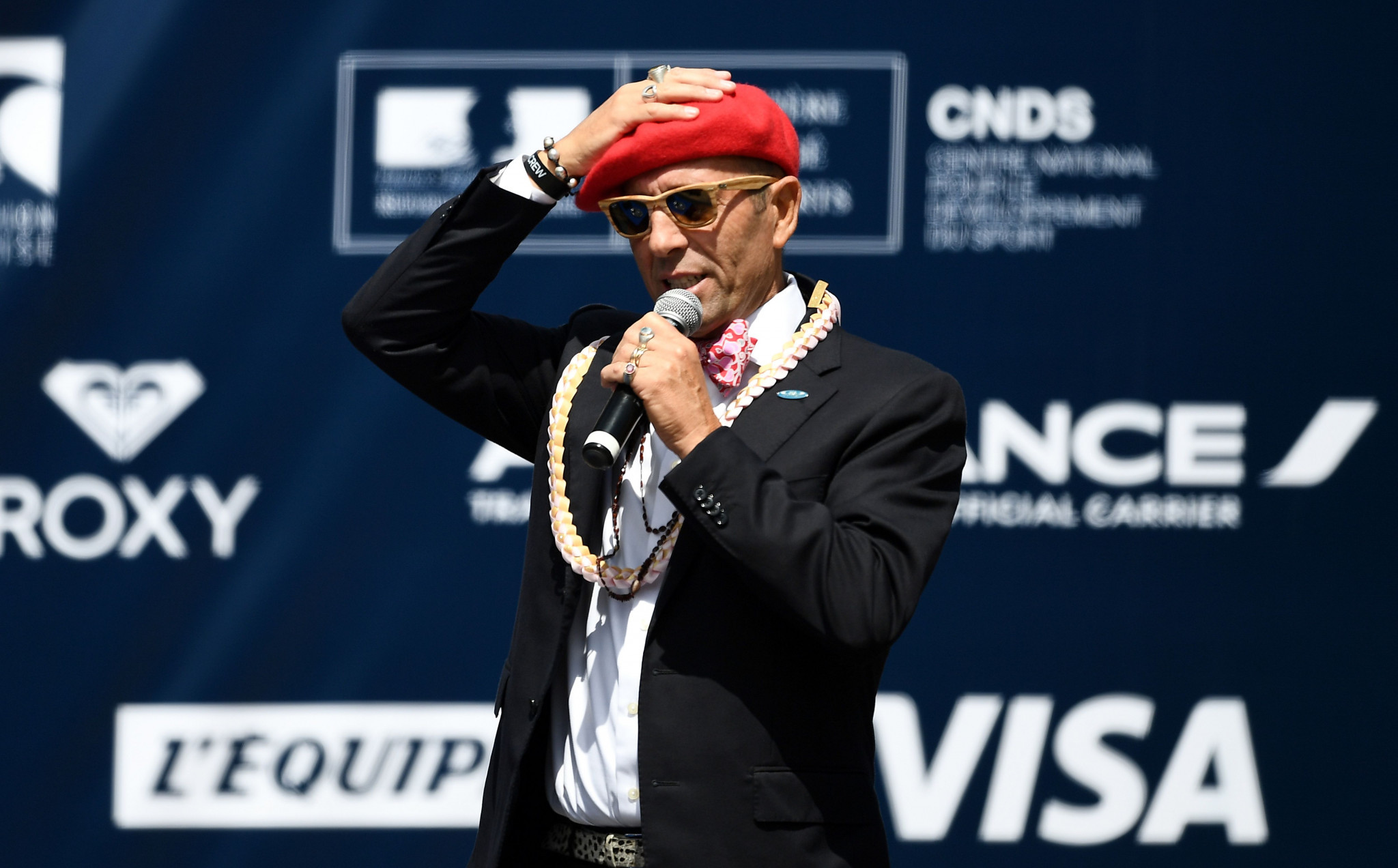 Surfing's "inclusivity and "wider values" will make the sport a "huge contributor" to the Olympic Games when it debuts at Tokyo 2020, International Surfing Association (ISA) President Fernando Aguerre has said.

Speaking to insidethegames at the World Junior Championships here in Huntington Beach, the Argentinian said there is "no discrimination" in the sport and its values link perfectly to Olympism.

He claimed it would "surprise people" when it debuts at the Tokyo Games in 2020 and said the process of getting the sport into the Games has been "great".

"I mean, I've got to give you it's been more work than what I thought," he said.

"The aftermath of the vote [in 2016 to add the sport to the Olympics], you think you're working hard to get included and then you know, it's a lot of execution.

"The Olympic Movement has a lot of high standards of expectations, and we are a very organised Federation, in the world of Federations we are a small Federation.

In August 2016, following a campaign launched by Aguerre more than 20 years previously, the International Olympic Committee (IOC) voted to add surfing, along with skateboarding, sport climbing, karate and baseball/softball, to the Tokyo 2020 Olympic Games.

It is hoped the move will help improve the appeal of the Olympics to a younger audience.

Speaking of why he campaigned to get surfing into the Games, Aguerre said he wanted to "share that happiness" of the sport.

"I've been in the ocean, in the waves, since I was born basically," he said.

"My mum was an ocean swimmer and I've been riding waves since six or seven on body-boards and then on surfboards.

"So, I always thought that, my inclination was to share that.

"To share that happiness, that thing that has been at the centre of my life but also millions and millions of people around the world."

He added that the ocean is a "special place" because it does not "discriminate", and that this helps the sport fit in with the values of the Olympic Games.

"It doesn't matter if you're rich, poor, young, old, fat, skinny, black, white, any race, any religion," he said.

"But in the ocean, it doesn't matter.

"Anybody can walk into any ocean in the world and surf.

"So, to me, I am a firm believer in equal opportunities, in a better world."

Asked if surfing's inclusivity made it a perfect fit for a sporting event which was founded on the principles of peace, fair play and pride in simply taking part, Aguerre's response was immediate.

"Yeah because, remember, in many sports the sport cannot be practiced without competing," he said.

"You cannot play tennis with yourself, I mean you can practice but that isn't tennis.

"I mean you're leaning skills, but practising of the sport requires an adversary, and sometimes a physical adversary like in some of the martial arts.

"In surfing that doesn't exist.

"You can be surfing alone in an island for all your life, and you'll be happy and a great surfer.

"It is more about self-improvement.

"Especially those people that were used to the same menu in the restaurant.

"It's like going to a meat restaurant, and one day you see pasta on the menu.

"They say 'why pasta, this is a meat restaurant?'

"And you say 'yeah, but the restaurant is smart and they realise a lot of people don't eat meat anymore'.

“And if he doesn't offer something else than meat, every group that has one non-meat eater is not going to go there.

"So, he's smart enough that he says, 'okay I'm going to make various salads, maybe vegan dishes, not a lot, but enough so that when there's eight people and one doesn't eat meat, the group is still going to go'.

"So that adapting of the menu is what the IOC needs to do."

The surfing competition at the Tokyo 2020 Games is set to be very different from a traditional Olympic event.

Aguerre described it as a "beach, surfing festival".

"That's why we were approved, when we were in the process of being approved, we always believed that it would short change surfing and short change the Olympic Movement if it was just a surfing competition without all the other components.

"You know, we surfers, we all do yoga, we all eat healthy.

"You can't be unhealthy, because if you're in the ocean and you're unhealthy you're going to pay a price for it."

Based on all this, the ISA President expressed his belief that surfing could be a "huge contributor" to the Olympic Games.

"For me, this is all values and links to Olympism," he said.

"And of course, Olympism is going to give us a lot, but I think we're going to be a huge contributor.

"I think surfing has a role to play, on a better world, because of what I mentioned earlier.

"The ocean is free, it's public.

"There's no tolls, no memberships, nothing.

"In modern life, you're going to have a hard time finding things like that, absolutely free, absolutely no limit to access.

"For people there who are scared and a little bit cautious about it [surfing's inclusion], just glide, just float a little bit.