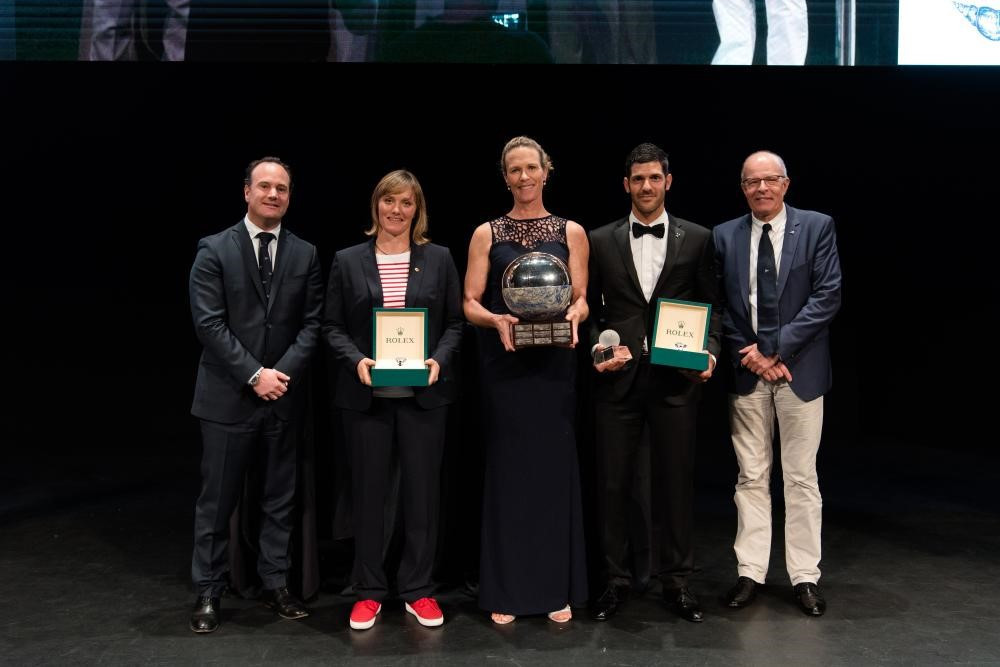 Carolijn Brouwer of the Netherlands and France's Marie Riou were crowned winners of the female World Sailor of the Year award as Cyprus' Pavlos Kontides scooped the men's prize at a ceremony held in Sarasota.

Brouwer and Riou claimed one of the headline awards of the night after they were on the Dongfeng Racing Team, winners of  the 2017 to 2018 Volvo Ocean Race.

They were awarded the prize following a public vote.

"This is a huge privilege," said Brouwer.

"Twenty years ago I won it for the first time so to be able to say I won the prize again in a different discipline really shows how sailing is a diverse sport and that it goes across so many difference disciplines.

"To be able to achieve so much in different disciplines within our sport is a huge honour.

"Being able to say that Marie and I were the first women to win the Volvo Ocean race is a special thing, we are part of history and it’s definitely something that will stay forever."

📺 Watch back the best bits from our Awards Evening 🏆 at our Annual Conference, Sarasota 🇺🇸

Kontides was among the nominees for the men's award having defended his laser title at this year's World Championships in Aarhus in Denmark.

The 28-year-old, winner of Cyprus' first Olympic medal of any colour when he earned silver at London 2012, said he had always dreamt of winning the World Sailor of the Year prize, he claimed.

"There are lot of great legends of our sport on that trophy," he said.

"Since I was 14, I’ve been dreaming of winning that award.

"I used to write it on lots of pieces of paper that it’s what I wanted.

"Maybe it sounded a bit too far away, maybe it was too big of a dream but here I am today.

"I managed to achieve this from a really small island in the middle of the Mediterranean so I hope this achievement will inspire a lot of other young sailors to prove you should dream big and not be too scared to chase it."