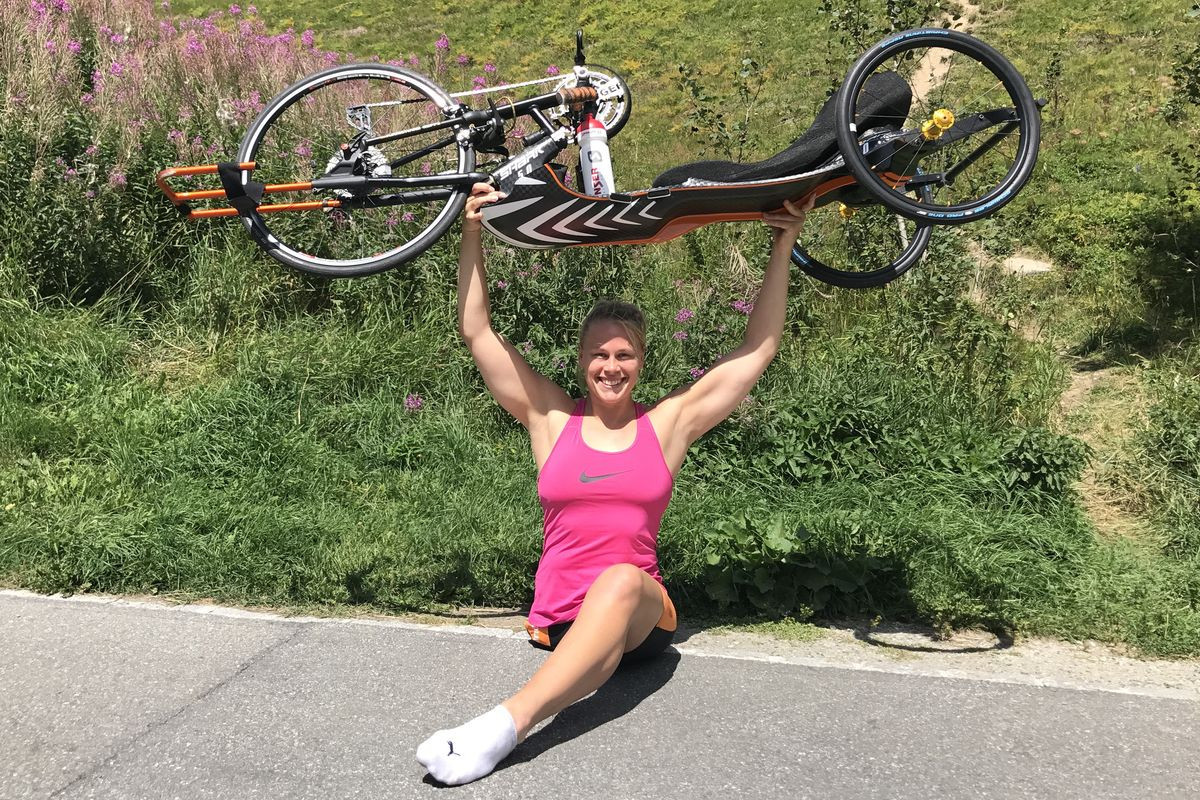 Reppe won gold in the PTWC event in Funchal after finishing with a time of 1 hour 31min 16sec on Madeira.

The German not only has a cycling gold medal from Rio 2016 but is also a four-time cycling world champion and has Paralympic medals in swimming.

She was 11 minutes in front of second placed Sophie Taylor of Great Britain, who finished in 1:42:13.

She had previously won two silvers and a bronze medal at the 2018 Dublin World Para Swimming European Championships.

In the men's events, Mark Conway of Britain was victorious in the PTWC after finishing in 1:16:02, four minutes ahead of Russia's Semen Radaev with 1:19:49 and five minutes in front of compatriot Josh Landmann in 1:20:05.

There was more success for Britain in the men's PTS2 event, where Stuart Meikle won gold in 1:21:40.

France's Geoffrey Wersy got silver, finishing in 1:24:49, while Spain's Jose Joaquin Martinez Rincon got bronze in 1:41:27.

China's Jiachao Wang got his third win of the season after securing victory in the men's PTS4 with a time of 1:08:47.

Anatolii Varfolomieiev of Ukraine won the men's PTVI when he got a time 1:10:28, with France’s Antoine Perel coming in 33 seconds behind him and Ukraine’s Vasyl Zakrevskyi 14 seconds further back in third.