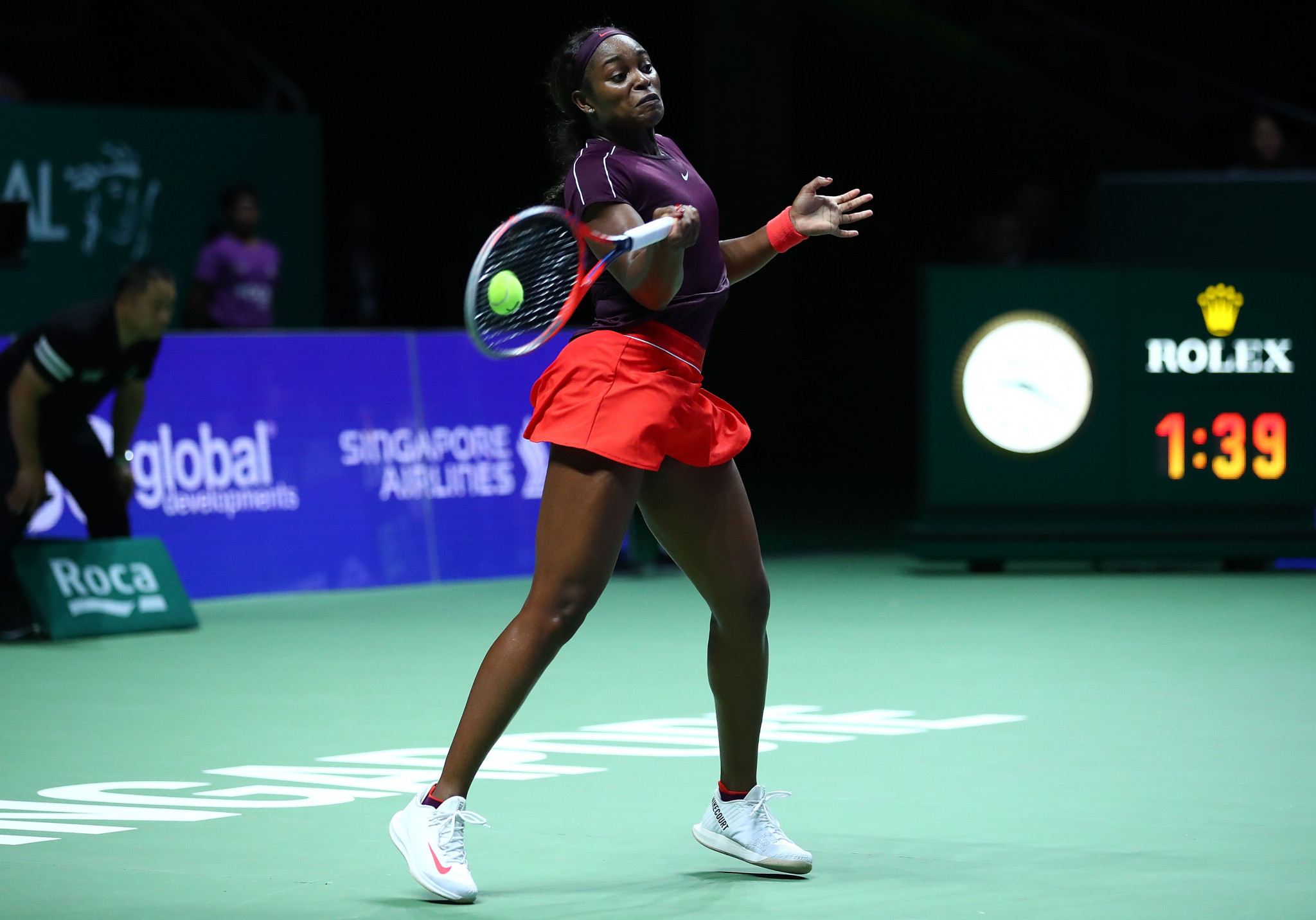 Sloane Stephens set up a meeting with Elina Svitolina in the final of the Women's Tennis Association Finals after she produced a stunning comeback to beat Karolína Plíšková in Singapore.

The American, winner of last year's US Open, appeared to be on her way out of the season-ending tournament when she lost the first eight games of the match.

But Stephens demonstrated admirable resilience as she fought back to clinch a dramatic 0-6, 6-4, 6-1 victory at the Kallang Tennis Centre.

The triumph saw her progress to the final of the event for the first time, where she will face Ukraine's Svitolina.

Svitolina claimed the opener but dropped the second set before eventually prevailing 7-5, 6-7, 6-4 in an thrilling clash.

"It feels amazing," she said.

"It was such a tough battle today so I'm very happy I could win in the end.

"It means a lot to me and I'm very happy to share this with you guys.

"Physically in the end it was about running and chasing every ball and I think that was very tough and we both were playing really good tennis so I'm pleased that I continued staying in the match and closed it out."