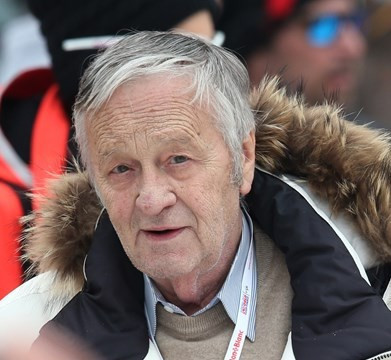 With the turn of the calendar to October and the clocks adjusted to winter time, along with the conclusion of the Southern Hemisphere season and the autumn chill in the air, it can only mean that it is time for us to turn our attention to the start of the International Ski Federation (FIS) World Cup seasons.

This week, the focus of the entire winter sports family will be on Sölden for the traditional opening of the Audi FIS Alpine World Cup, where the first two races will be staged along with dozens of press conferences, officially ushering in the winter season.

I am particularly excited for this upcoming season as the FIS World Ski Championships are set to take centre stage. After attending the final inspections in both Åre, Sweden and Seefeld, Austria in the last week, I can say both are more than ready to put on showcase World Championships for the entire Alpine and Nordic families.

I am also eagerly anticipating the FIS Freestyle Ski and Snowboard World Championship in Utah. The Americans are one of the strongest nations in these young disciplines and bring a strong passion to hosting these massive World Championships.

There are naturally several things to be optimistic about for the upcoming season, but every coin has a flip side. I find myself fielding more questions about the impact of climate change on our sport, and all that I can say is it is very real, and it is equally unpredictable.

Last winter we enjoyed a snowy and consistently cold season with the best conditions in many parts of the world for the last five years. But warm temperatures throughout Europe this autumn have people concerned.

Fortunately, we have very dedicated organisers who are investing in emerging solutions to ensure they have snow both to stage World Cup races, but particularly for tourism and recreation visitors.

It is naturally a topic which is closely connected to our activities and there are no easy answers. One of the steps FIS is undertaking is organising a high-level academic Forum in November 2019 about the "Environment in the Mountains and Snow".

The Olympic Winter Games 2018 have come and gone and now we have to pass the litmus test to see if we can maintain the momentum gained from the Games and continue to attract new followers to our disciplines through the four-year Olympic cycle.

It is important that we can continue to capture the imaginations of the general public and as the motto for the upcoming FIS Alpine World Ski Championships states "Inspire the World to Ski". These new followers are the future of our sport.

While the FIS family is gathering for what we consider the traditional start of the season, we can also reflect on the fact that our sport is a year-round affair as every discipline now offers a calendar of events during most of the year.

There was much action in the Southern Hemisphere during their winter months. Our Freestyle Skiing and Snowboard FIS World Cups are already underway after a dream start to the season in New Zealand. Meanwhile, Alpine skiing was busy with the Continental Cup series competitions in South America, Australia and New Zealand.

Our ski jumping and Nordic combined athletes took part in successful Summer Grand Prix series, which continue to grow with new competitions in new locations added to the calendar. And, naturally, the cross-country athletes trade their snow skis in for roller-skis during periods of the summer months with multiple events.

It is a continual cycle and I would like to express my gratitude to those that dedicate themselves to our sport regardless of what month the calendar says it is.

Now it is time for the snow sports world to spend the next five months chasing white gold, gold medals and crystal trophies around the globe in the FIS World Cup series and upcoming FIS World Championships 2019.

I would like to take this opportunity to wish everyone a successful, safe, and exciting season and again thank each and every person that helps us to organise and support our sport and to make it better.

This article was originally published on the FIS website.