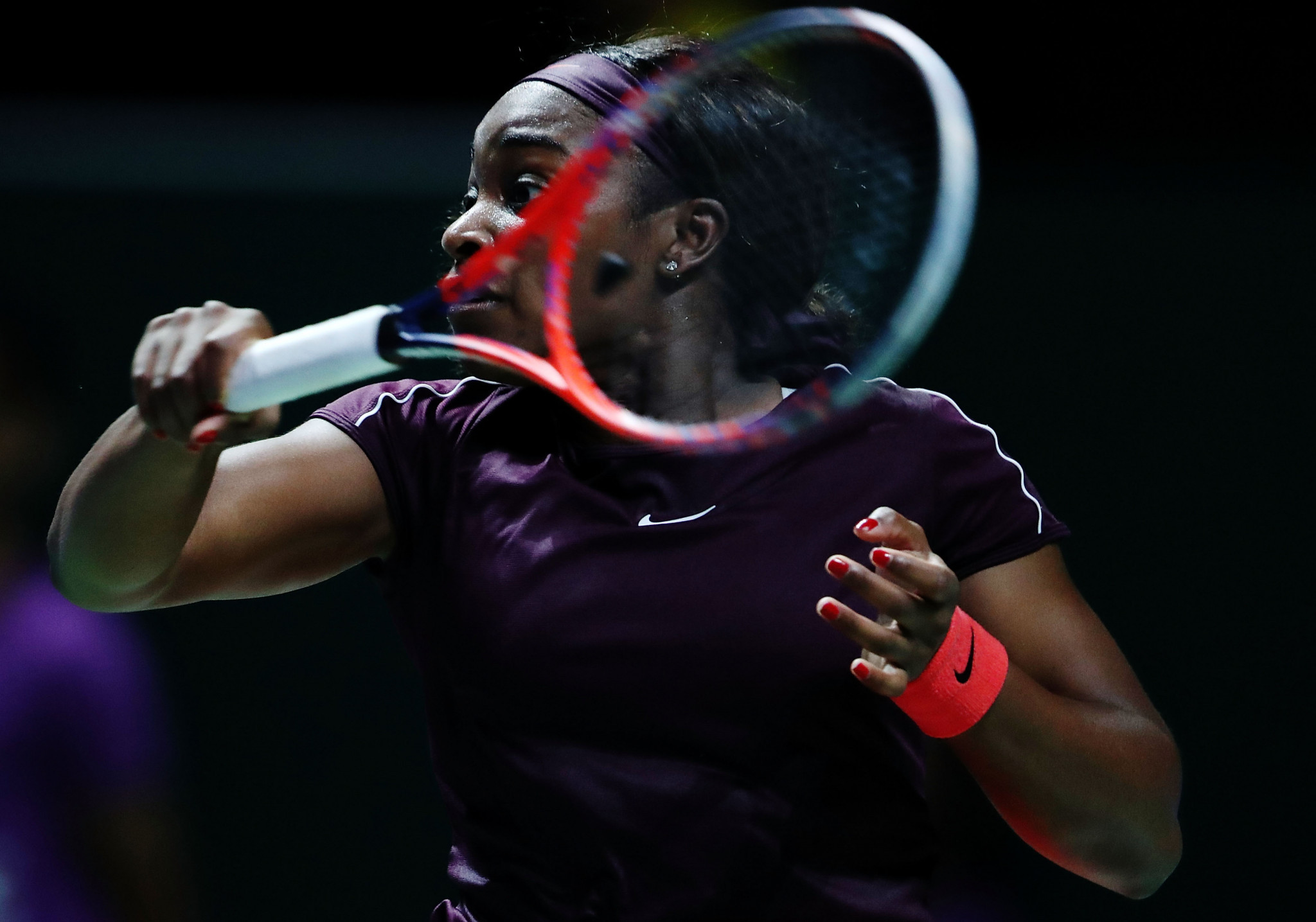 American Sloane Stephens and Kiki Bertens of The Netherlands reached the semi-finals of the Women's Tennis Association (WTA) Finals in contrasting fashion in Singapore today.

Stephens, the 2017 US Open winner, beat Germany's Angelique Kerber 6-3, 6-3 to secure her place in the last four at the Kallang Tennis Centre.

Bertens had earlier also progressed from the red group after reigning US Open champion Naomi Osaka of Japan was forced to retire injured when trailing 6-3 to the Dutch player.

Stephens and Bertens, added to the tournament after world number one Simona Halep withdrew through injury, join Elina Svitolina of Ukraine and the Czech Republic's Karolína Plíšková in the semi-finals.

The American will play Plíšková, while Bertens will take on Svitolina, the current world number seven.

Both matches are scheduled to be held tomorrow.

This year's event marks the first where all top four seeds have failed to make it out of the group.

"I think I was a little lucky, maybe.

"I deserve to be here.

"Let's play another one tomorrow."

Osaka, making her debut in the WTA Finals, trailed 5-3 in the first and then lost her serve to love, allowing Bertens to close out the opening set.

The only Japanese player to win a Grand Slam then decided to retire with the injury to her upper leg.

"It was just getting worse and worse every time I played," said Osaka.

"I just really wanted to try because this is the last tournament, and I felt it was really unfair to everyone that came to watch."