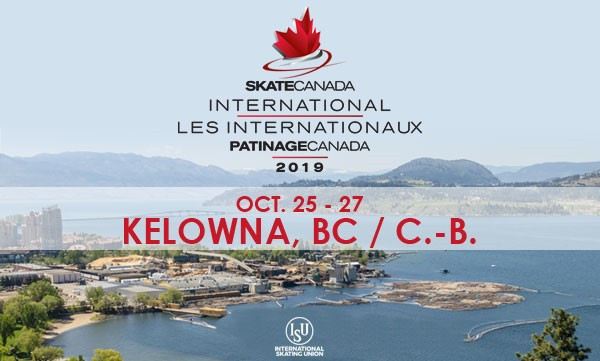 Kelowna has been announced as the location for the 2019 Skate Canada International figure skating competition.

Skate Canada confirmed the competition will be held at the 6,886-seat multi-purpose Prospera Place Arena.

The venue is home to the Western Hockey League Kelowna Rockets team.

The figure skating event will take place from October 25 to 27 next year.

"We are thrilled to be heading back to Prospera Place and Kelowna for Skate Canada International," said Debra Armstrong, Skate Canada chief executive.

"Skate Canada International will welcome some of the best skaters from around the world and we are more than confident that the city of Kelowna will be a gracious host and help us create an unforgettable event."

The competition is part of the International Skating Union Grand Prix of Figure Skating series, with this year's event beginning today in Laval.

It follows the series opening Skate America and comes before the Grand Prix of Helsinki in Finland, the NHK Trophy in Japan, the Rostelecom Cup in Russia and the Internationaux de France.

Next year will be the 46th edition of the Skate Canada International.

"We are so proud to host some of the greatest skaters from around the world and we look forward to seeing them perform on a national stage here in Kelowna," said Colin Basran, Mayor of Kelowna.

"Kelowna's young figure skaters will be inspired by the elite international talent on display, and our whole community will be energised by the experience of hosting this major sporting event for the second time in five years."