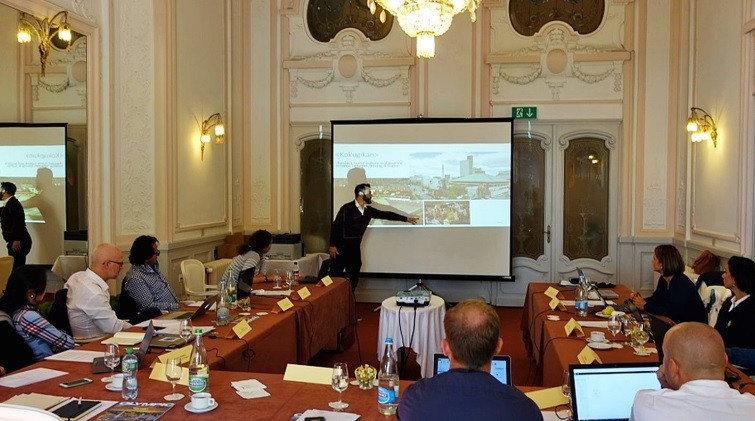 The International Boxing Association (AIBA) has claimed preparations for an Olympic tournament at Tokyo 2020 are "on track", despite the sport's place on the programme and the organisation's recognition remaining in doubt.

AIBA interim head and Presidential candidate Gafur Rakhimov made the claim after officials from the worldwide governing body took part in the working session of the Olympic Results and Information Services in Montreux this week.

The International Olympic Committee (IOC) has warned boxing could be axed from the Olympic programme at Tokyo 2020 if AIBA does not resolve a number of governance issues.

The IOC has also threatened to remove AIBA's recognition, meaning the organisation would be unable to organise an Olympic boxing tournament.

During an Executive Board meeting in Buenos Aires earlier this month, the IOC opened the door for an Olympic boxing event to be held at the Games in the Japanese capital - with or without AIBA.

They promised they would "do its upmost to ensure that the athletes do not have to suffer under these circumstances and will protect their Olympic dream".

Rakhimov's potential election as AIBA President has been cited by the IOC as one of their main concerns.

The Uzbek has been accused of criminal activity but denies the allegations.

If he does assume the top job and the IOC derecognise AIBA, a new federation could be established to oversee the Olympic tournament at Tokyo 2020.

AIBA's future will become clearer after the election takes place at a crucial congress in Moscow next week, where Rakhimov could face a challenge from Kazakhstan's Serik Konakbayev, who is awaiting clearance from the Court of Arbitration for Sport to stand following a dispute over whether his nominations were received in time.

AIBA has pressed ahead with its preparations for the Games and took part in a three-day meeting with ORIS, focusing on discussions and plans for the results system.

According to AIBA, the main focus of the meeting was to review and discuss the draft ORIS document prepared by the team to support boxing at Tokyo 2020.

New technologies to be used to deliver better data results and protocol were among the key issues at the meeting.

"After a successful Youth Olympic Games in Buenos Aires, it is now time to fully focus on Tokyo 2020.

"Everything is on track and I am very happy with the progress made by our team in terms of Games preparations.

"AIBA is moving forward on all fronts and we will continue to work hard to ensure that boxing shines during the Olympics."