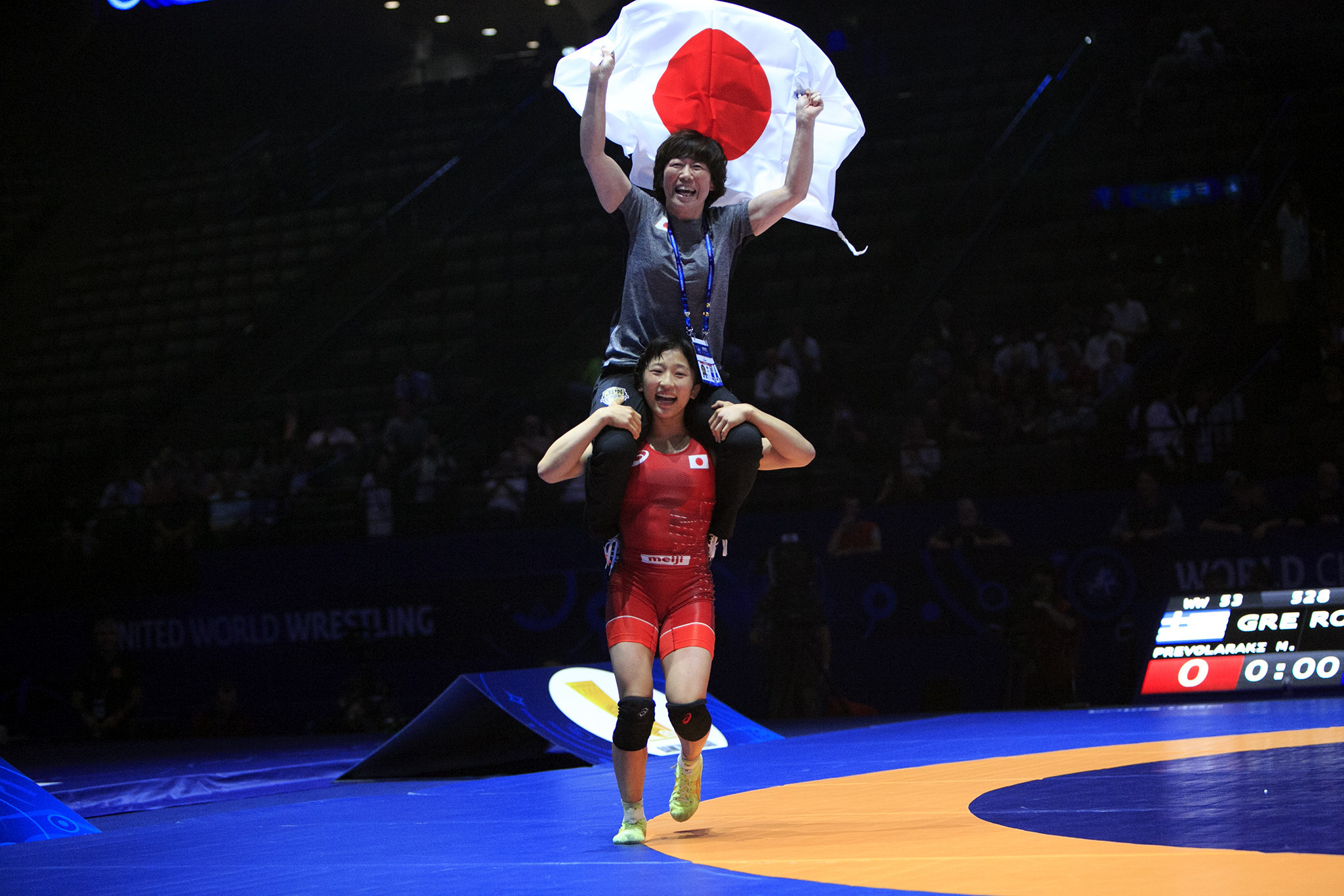 Japan have picked up another two golds and a silver during a successful evening session at the United World Wrestling (UWW) World Championships in Budapest, which has seen them climb top of the medals table here.

Medals were awarded across the final four women’s divisions tonight and Japan, considered the dominant nation in women’s wrestling, appeared in three of them.

First up in the 50 kilograms division, 19-year-old Yui Susaki won comfortably by technical superiority against Mariya Stadnik from Azerbaijan, herself a two-time silver medallist.

That match followed the two bronze medal contests at 50kg, which were won by China's Yanan Sun and Ukraine's Oksana Livach.

In the very next division, at 53kg, Japan won gold again thanks to Haruna Okuno.

Just like Susaki, she won by technical superiority, beating Sarah Hildebrandt from the United States.

In claiming that gold Okuno won her second world title in two years, having also won gold in Paris in 2017.

At 53kg the bronzes were taken by China's Qianyu Pang and Canada's Diana Weiker.

The third gold medal match of the night was the only one that did not feature a wrestler from Japan.

At 57kg China claimed their first gold, having already won two bronzes earlier in the evening.

In the gold medal contest of the 62kg division Japan had a chance to win their third world title of the night.

It was not to be, however, as Yukako Kawai was beaten by Taybe Yusein from Bulgaria 6-2.

The final two bronzes to be awarded in women's wrestling were won by Mallory Velte from the US and Ukraine's Yuliia Tkach.

Outside of the medal matches, this morning featured qualifying matches in the first Greco-Roman divisions to see action.

In the qualifying rounds it proved to be a good day for the hosts, with two Hungarian wrestlers making tomorrow’s finals.

Balint Korpasi reached the gold medal match at 72kg, while his compatriot Peter Bacsi made the final at 82kg.